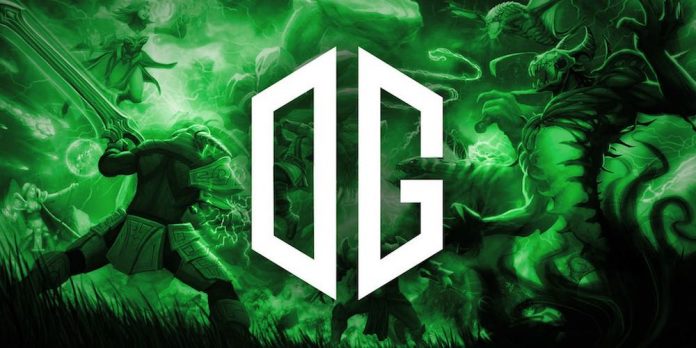 This year’s (so far) most successful team, and the team going into the tournament with the best odds of winning is OG.

Who are OG? OG stands for… well, nobody knows. Some say it stands for Original Gamer, and, well, here’s what OG’s carry player n0tail has to say on the name… yeah.

Name aside, who makes up this team, and why are they favourites to win the International?

Let’s start with the Danish carry player, Johan “n0tail” Sundstein. After humble beginnings as a Heroes of Newerth player, he’s been part of the Dota 2 scene for a pretty long time, with stints in teams such as Fnatic, Team Secret, Cloud 9, and now OG. He started in professional Dota as a support player, and he was widely regarded as one of the best, but was always part of the team considered to be the “dark horse”.

While Fnatic were a brilliant team, made up of likeable personalities, at the bigger tournaments they were generally consigned to second place, and never really looked like winning. The move to Team Secret was really exciting for n0tail fans, an opportunity to see him in a top tier team, and hopefully an opportunity to see him start winning the biggest tournaments. This was short lived, as after only about four months he was kicked from Team Secret, in place of two young stars Zai and Arteezy, who I will talk about at some time in the future. From there he was a part of a pretty lacklustre Cloud 9 team, which eventually disbanded after a poor TI5 performance.

Then, in the annual post TI reshuffle (basically after every TI there is a period of players team switching, or in some cases even retiring), Monkey Business, who would go on to become OG, were formed. In this brand new team n0tail has taken up the role of carry, a role which, at the start, there were definitely question marks over his ability to adapt.

These question marks have since been obliterated, game after game, tournament after tournament, n0tail has proven himself to be a brilliant carry player, with his best performances coming in the most recent big valve tournament, the Manilla Major.

As of last year Valve decided to introduce Majors. These are big multimillion dollar tournaments which there are three of each year; basically “interim” tournaments before TI at the end of the Dota year. OG and n0tail have won two of these. That’s two of the three this year. The most recent one, the Manilla Major, saw n0tail really get immersed in his role as carry and he produced some stunning performances on heroes like Wraith King – a melee carry who’s ultimate ability resurrects him from the dead – and Sven, another melee carry, but his ultimate just makes him hit people ridiculously hard and go red. The latter was a truly outstanding performance from OG, and one of the most one sided games in Dota history; basically if you really want to see why OG are considered favourites this year, just watch that. 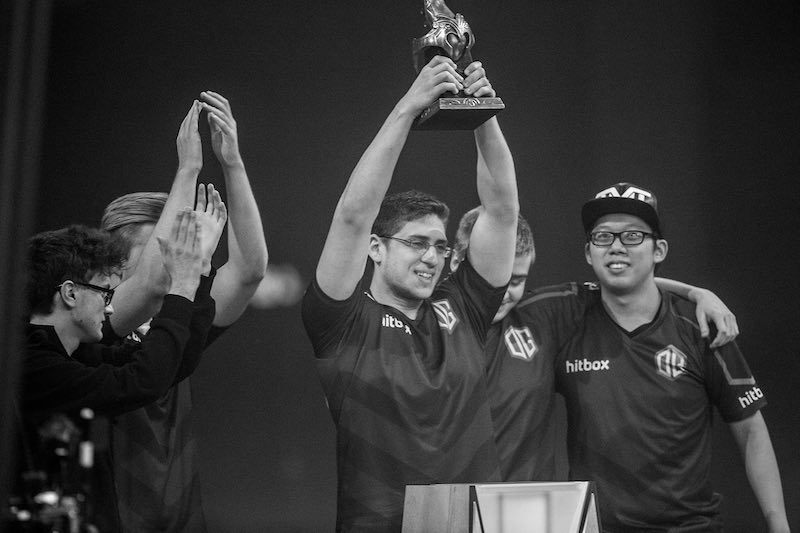 So yeah, that’s OG’s carry, but how about the players who make all that possible: the supports? Well, like every other team, OG has two, and they really do make up the rock solid foundation of the team. Team captain, Israeli, Tal “Fly” Aizik, and Danish Andreas “Cr1t” Nielsen.

The former, Fly, as team captain is the drafter of the team, a role which in Dota is incredibly important. He’s the guy who ultimately picks what heroes the team plays, and what strategy the team is going to run. He’ll make calls in game and be the one who makes most of the big decisions. Fly is also n0tail’s best friend in the scene, coming through the ranks with him, both in Fnatic and Team Secret, where he was kicked at the same time: the two know each other very well. And that really does count for something in Dota.

Being kicked by Team Secret lead to Fly having stints in MeePwn’d, and the more established Complexity Gaming, however the former only lasted for two or so months. After doing well at TI5 with Complexity he joined his good friend n0tail in his new team Monkey Business (now OG), and the rest is history.

Fly generally plays the support with a lower farm priority. So you’ll generally see him on much more defensive heroes who’s bread and butter are their abilities and don’t really need gold or items to have an impact on the game. He’s by far one of the most consistent players in this role in the game, and possibly the most consistent player on OG. It’s rare to see him have a bad game.

OG’s other support “Cr1t”, is also not new to the scene, however before joining OG he had never really been part of a top level Dota team. This might be down to age, one of the youngest players in Dota at only 20 years old, he finally got his big shot at age 19 when he joined OG, and most certainly took it.

Generally playing the support that does get some sort of farm priority, Cr1t is normally drafted heroes that can pull off some pretty spectacular plays over the course of a game. It’s a rare thing in Dota for a support player to regularly have so much impact on a game at every point, but this is something that Cr1t certainly does. Watching him play Tusk in this game vs EG is a joy, and a lesson in how to play this style of support. If OG’s safe lane is doing well and he isn’t needed there he will often roam around the map helping other lanes, timing his rotations to perfection. These, in my opinion, are the best type of support players. The ones who don’t just win one lane for you, but all three. 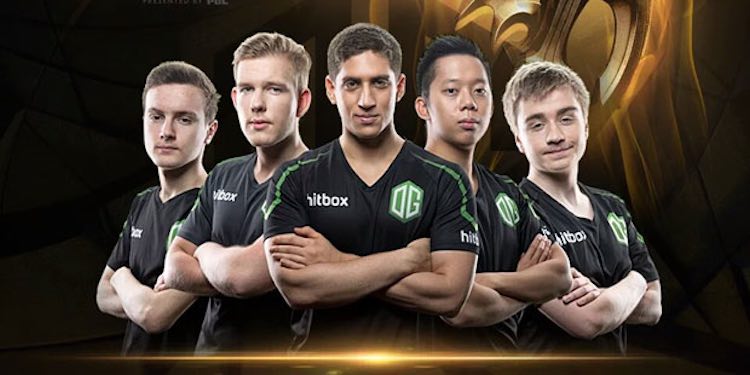 David “MoonMeander” Tan is OG’s Canadian offlane player. Drafted into OG from Complexity with Fly, he is one of the newer players on the scene. While new to Dota 2, he isn’t new to the style of game, as he was previously one of the best known names in the Heroes of Newerth (HoN) scene, which is a game incredibly similar to Dota. Loved or hated by fans for his eccentric and occasionally abrasive personality and “go big or go home” play-style, he is generally very exciting to watch.

MoonMeander’s aggressive play-style can occasionally be a risk and go wrong, but mostly works massively to OG’s advantage, with Moon consistently challenging the enemy carry and supports, hindering the carry player’s ability to farm, and the support player’s ability to rotate.

The way he plays is incredibly important to the way OG, as a whole, play. His antics in the offlane can, and do, often create massive amounts of space for both OG’s carry and mid lane to find the farm they need to get ahead in the game. This is a knock on effect of keeping supports busy, if they’re busy being harassed by an offlane hero, who isn’t really in need of farm, they are unable to rotate around the map and help other lanes win or contest enemy farm. So yeah, incredibly important. He will usually be drafted heroes that can both contest the lane very well, but also who bring an awful lot to late game team fights, such as Tidehunter, Clockwerk and Batrider.

Last but not least, OG’s shining star. The mid laner. Jordanian Amer “Miracle-” Al-Barkawi. This guy is a prodigy; he’s 19 years old and brand new to the Dota scene, as of last year. OG took a punt on this player when they brought him into the team. He was what’s known as a “pubstar”, basically a player who has a high MMR (match making rating) and just absolutely destroys other players in public games, these are the games that you or me (not pro players) play on a day to day basis. If you go by MMR alone, he was, at one point, the best player in the world, with over 9,000 match making points, and was the first to ever do that.

Established now as one of the, if not the best, mid laners in Dota 2, if he goes uncontested by the enemy team he will completely take over games. Getting the most farm, the most kills and making some of the most unbelievably spectacular plays ever seen in Dota. If you play Dota all you need to do is watch this or this to see what this guy is capable of. And if you don’t play Dota, well, the reaction of the other players in the first video should tell you everything you need to know. I watch OG to see Miracle play, and I imagine many Dota fans around the world would tell you the exact same thing. 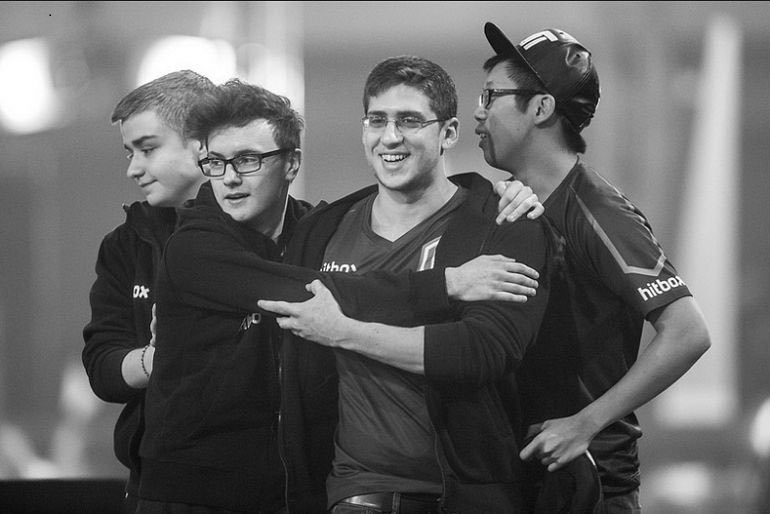 So that’s OG’s players. However what makes OG great, in my opinion, is not only the superstars that make up the team. The attribute that I think puts them above everybody else in so many ways is the way they work as a team.

They are one of the few teams going to TI6 this year who have been together for the entire year, getting to know one another and learning how to compliment each other’s play-styles. In a year where team shuffling and “Dota drama” has been on everybody’s lips it’s refreshing to see how far friendship and good teamwork can get you. There are other teams in the scene who have star players in every role, but haven’t had anywhere near the amount of time that OG have had to gel and work out what works best for them, and that to me, and many other Dota fans and personalities, is what makes them so strong.

Touted to be the favourites for the upcoming International, that was (very briefly) OG. Look out for my next Dota team profiles, which will be on Team Liquid and Team Secret. Now, back to playing Dota…