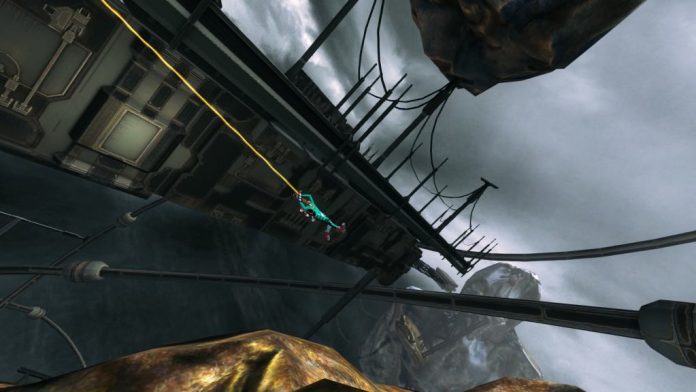 If I told you that the Technical Director of Spiderman 2 (the console versions!), Jamie Fristrom, was working on a game that incorporated the swinging mechanics of Spiderman 2, with the trick/high-score system reminiscent of Tony Hawk’s Pro Skater series, surely you’d be on the same page as me, itching to play it right? Well, whilst it does technically incorporate those mechanics, the quality at which they are implemented is up for debate.

First off, I have immense respect for Jamie for going out and starting a Kickstarter campaign to get this game made. I think it’s well-intentioned, but suffers from the restrictions of being created by a one-man band as opposed to say Spiderman 2 being a AAA developed title with plenty of code from different brains coming together to achieve something polished. The design goals are promising, and a game where you can swing around, thrust yourself forward with a jet-pack boost and attain jump heights that propel you into the sky pulling off tricks, should mean that we all get to re-live those glory days when Spiderman 2 came out, and we had a physics-based swinging mechanic. Instead we have a very basic indie game that fails to handle movement competently, let alone handle the grace and sophistication of the high-quality web swinging system it drew inspiration from. It also suffers from a terrible camera that you’re constantly wrestling with whilst swinging around.

The game is also incredibly short, with no real challenge; any difficulty comes from wrestling with the awful controls and not so much the design of the courses or score challenges set. With only a handful of mission types to complete, they basically revolve around racing across the level against a timer or by achieving a high-score. There are collectibles to find scattered around the level, but the game as it is currently would be considered bare-bones. Running is erratic and lacks any fine control, which is essential in a game where character positioning and fine-tuned acceleration/speeds are paramount to successful gameplay feel. The jumping is handled with buggy/inaccurate collision detection, where any slight movement vertically from your character that leaves even an atom-width of a gap between your feet and the floor means no jump will be executed. The point at which my worst fears were confirmed was when I was running across a bridge and the small extrusions along its surface meant I couldn’t keep my momentum going across it; I was being flung into the air every time I ran across the surface raising up slightly. Your character should snap to the ground to avoid these bumpy moments launching you in the air. 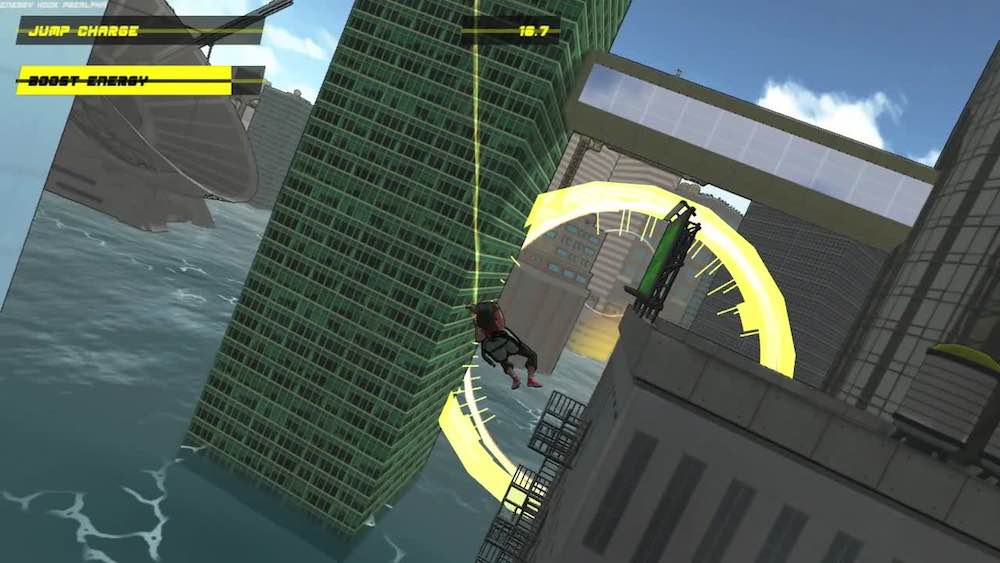 The swinging is ironically the worst part of the game for me. Whilst the running and jumping can be overcome somewhat by accommodating their shortcomings by adapting your play-style, the swinging mechanic can’t be negotiated with. A fan of rays are cast from your character, signifying where it’s looking for a swing point to latch onto. Placing one of the rays onto a surface will enable the energy hook to swing you across. In Spiderman 2, this meant that you could still move your character to the side as you approached the surface you were swinging from, so you could avoid smacking into the building. In Energy Hook, swinging means that you will automatically be pulled in by gravity towards the centre of your swing, smacking into the wall. It’s annoying because what should feel like a cool and stylish swing almost always ends up in you being flung towards the wall, with the boost button not being powerful enough to lift you away from the swing’s downward arc. Seeing as the game is being developed by the person responsible for such a great swinging system in Spiderman 2 that enabled the player to avoid crashing into walls by adding a slight acceleration where the player was trying to move towards away from the wall, it’s inexcusable in my eyes to have the shortsightedness to leave such a glaring problem within the mechanic.

Tricks are performed by pressing and holding the face buttons, a boost button for gaining speed, and a jump button (jetpack) offer some options for how you exit a swing and wall running means you have an additional option for when you eventually smack into a wall but want to keep some form of momentum going. Level design is crude to put it bluntly, and is painfully obvious that the Unity3D engine was used to create the levels, as terrain has that all too familiar look to it, that you know it was sculpted with Unity’s terrain tools. There are plenty of building and towering objects to swing from, it’s just a shame that swinging isn’t that fun and these aren’t something to be thankful for, seeing as the underlying mechanic isn’t present to make use of that good environment design.

All in all, the pieces are in place, but the gameplay needs to be tweaked, values corrected, and a lot of polish needs to be applied before Energy Hook could be a worthy title. There’s a VR mode that isn’t even worth mentioning, because it’s only really available on certain missions nodes. The graphical style is probably the only redeeming feature of the game, which isn’t all that great either if I’m honest. It looks like it has potential, but since the gameplay is so broken, I can’t really sing its praises too much. I’m sorry to say that I can’t recommend you play Energy Hook, let alone buy it. I don’t really see anyone getting any enjoyment or use from experiencing it; maybe a budding game designer might enjoy seeing a watered down version of Spiderman 2‘s web swinging system in an incredibly simplified form to understand the mechanic better through observation? From a gamer’s perspective however, the price for entry is not worth it. The asking price of almost £14 is quite steep for the experience (whatever that is) you’ll get. 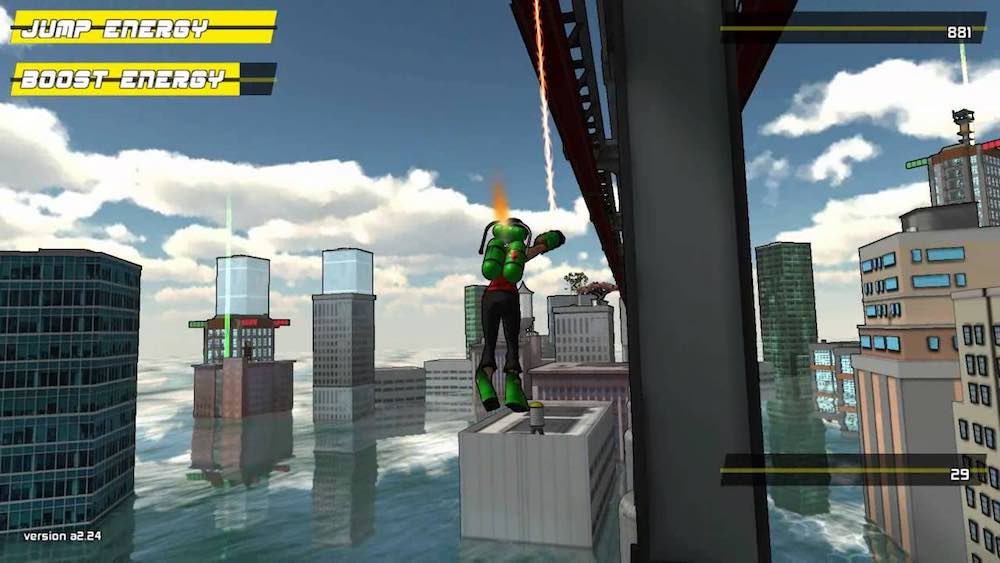 As easy as it is to rip into such an unpolished indie title, I still want to express that I have great respect for the effort from Jamie, but it just doesn’t amount to much unfortunately. If Spiderman 2 never existed, we might see a glint of a new gameplay mechanic here that might make the experience worth torturing ourselves with, but it does exist, and we can’t help ourselves but to contrast it. It falls into the category associated with all of those other indie Unity3D titles that come off more as prototypes than finished games, even by indie standards. Maybe Jamie’s goal was never to release a full game, but just give a sandbox-style project to gamers who miss the swinging mechanics of old, but whilst respecting the limitations that one person has when creating a game with such specific and detailed mechanics.

Regardless, I very much advise staying away. Maybe it will get patched and improved as time goes on? Even so, I can’t see how it can be improved without drastically changing the game and its mechanics. Be wary of this indie-dud.

Energy Hook is available on PS4 and PC. We reviewed the PC version.