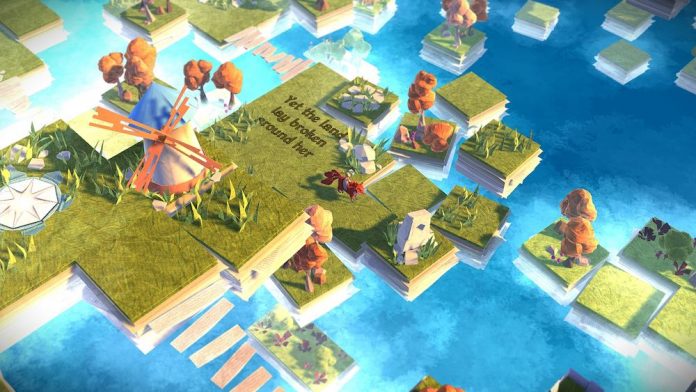 It’s been a long time since I found a game I truly connected to.

In fact, I’ve never really replicated that feeling since I first played Skyrim. So after years of playing games I didn’t really love, along came a chance encounter with Epistory: Typing Chronicles, a revolutionary indie game from Fishing Cactus that has captivated my heart with its simplistic beauty.

Several weeks ago my boyfriend said to me in passing, “I’ve seen a game I think you might like”. It was called Epistory: Typing Chronicles and I’d never heard of it before. After closer inspection I saw it was an indie game from Fishing Cactus that incorporates typing into its mechanics. From the get go, the game is visually stunning. Even the main menu screen is done in a sophisticated manner. Each crease of every corner, platform, blade of grass is done in the most beautifully simplistic way, without badly rendering the graphics. In fact, the decision to have such bright, block colours makes the game all the more enchanting, as you soon find out once you begin playing.

The game is based in an origami world with each scene appearing as an unfolding platform, floating on water, in the sky, or even underground in some cases. Every scene has a fairly simple colour scheme, but each is very different. From lush green fields to abandoned factories, to the inside of a volcano, Epistory has created each level with a kind of effortless precision, with beautiful effects and an immersive soundtrack to boot.

Our protagonist (and only person we are aware of in the game) is an anonymous blonde girl who wanders this world on the back of a three tailed fox. What’s my favourite animal, you ask? Take a guess. 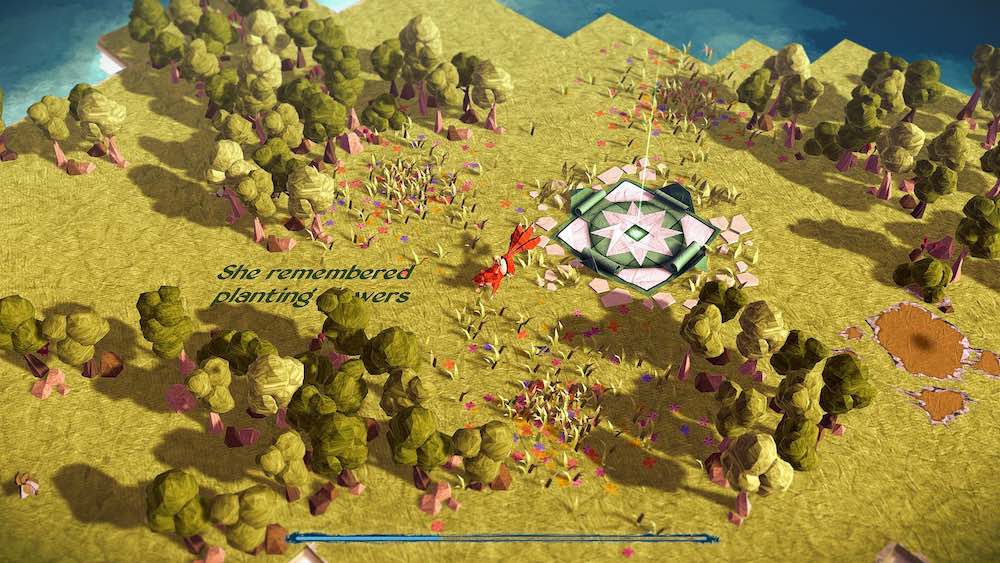 Not only does this girl ride a (pretty awesome) fox, she also uses the power of words as her weapon. Instead of wielding a sword and shield, our nameless character seeks to find specific words which the player has to type on their keyboard in order to procure every action they want to take. From battling monsters to making a path through the forest, Epistory uses a variety of themed words during each level, with progressive length. Within every day activities expect simple words like “red”, “fire”, “warm” and “heat”. However, during one of the few boss fights, in which swarms of enemies make their way towards you at varying speeds, be prepared to start furiously typing random and long words you may very scarcely use such as “biopharmaceutical” or “inappropriateness”.

A simple task on the surface, but one which requires more concentration than I remember ever putting into a boss fight for a long time. I have a mild advantage as I have taught myself to touch type, however, even I had to turn the difficulty down for a couple of the battles because I was struggling so much. I attempted one boss fight about 18 times before sticking it on easy and doing it in two tries. In addition, the movement mechanics can be tricky to master at first. Getting around the zig-zagging diagonals of the levels can be a task in itself with only WASD to guide you. For more amateur players it may require a little bit of practice time before you really sink your teeth into the different levels.

Despite the intense final battles, each level is nothing but a gift to its players. As you progress, so does the narrator’s story which eventually explains why we have ended up in an origami world full of monsters. Each level also comes with its own cryptic language, which you must learn by completing the puzzles and challenges each area presents to you. Every time you “learn” a new language, you are given a new attack to kill certain foes. For instance, you learn the “fire” language after the first level, but you can only kill enemies with red writing above them with that language. This gets a little more complicated when you have five different languages at your disposal, each requiring you to type the name of said language before you can use it. Again, boss fights are ridiculously challenging, but also impossibly rewarding.

Every inch of this game is a masterpiece, and no part of it doesn’t deserve huge recognition. The developers even released the soundtrack as a DLC on Steam, which is another highlight to add. The only major problem I have with it is that there isn’t enough! Full gameplay can take players anywhere between 12 and 100 hours, depending on their ability. I took more time on it, purely so I could just enjoy the scenery and totally immerse myself into the dappled glow of a paper tree, but if I had just played the game straight through it wouldn’t have taken me longer than a couple of days. 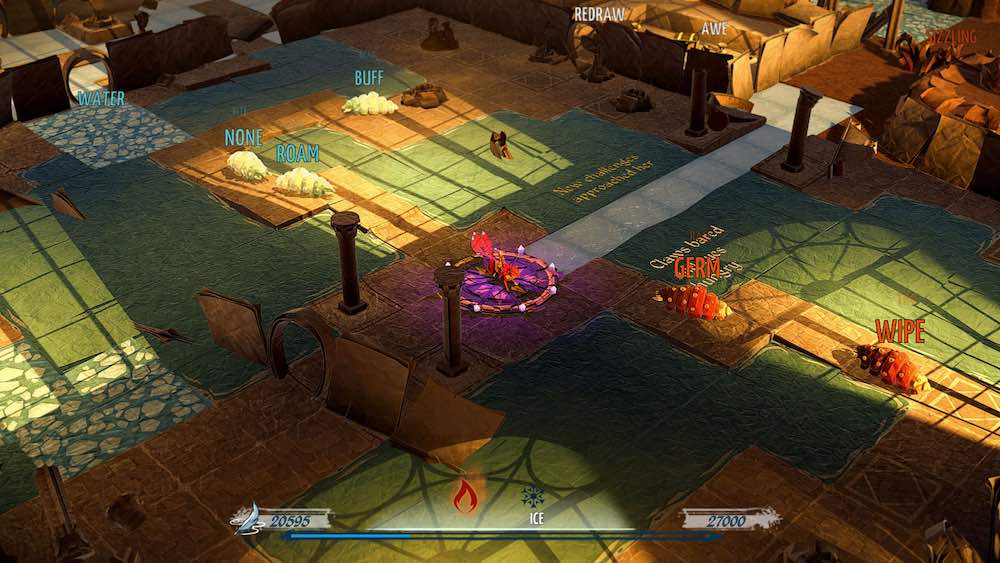 Whilst it may be a little difficult for some players – especially those that aren’t used to typing much – for those who are willing to get to grips with its mechanics, the content that has been produced is nothing short of exceptional. A dash away from sheer perfection in my eyes. With i’s delicate and intricate design, flawless dynamics, interesting story and a completely unique title on the market, Epistory: Typing Chronicles is worth every second of play time.