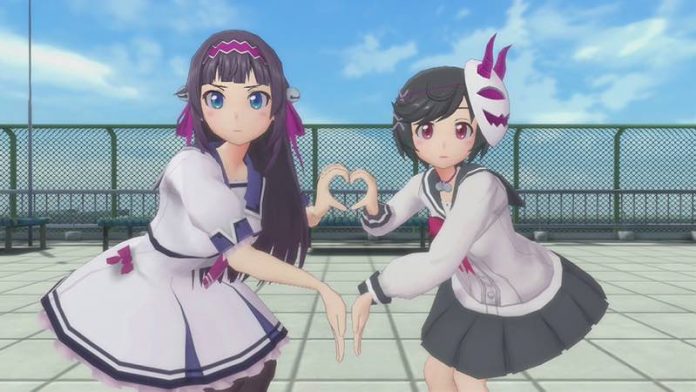 When asked what type of person you are, there’s only one answer that’s appropriate when beginning to play Gal*Gun Double Peace; pervert. Don’t get me wrong; I’m not judging anyone that is intrigued by this peculiar game, but 1) it just is a bit perverted, and 2) if you are going to play a game like this, you may as well go into it at the deep end, right?

Placing you in the shoes of Houdai, a laid-back student who’s unlucky in love, Gal*Gun Double Peace kicks off when an angel named Ekoro, pressured by the appearance of a demon, accidentally shoots you with a charged shot of “fascination”. With Houdai’s new mysterious aura making all the wonderful ladies of his academy weak at the knees, the angel comes clean and informs him of his predicament, instructing him find his soul mate and profess his love to her by the end of the day. Should he fail? Well, life will be back to being an unloved singleton with no friends. Harsh, eh?

Essentially an old fashioned lightgun game without the support of a gun peripheral, Gal*Gun Double Peace is a very weird experience where you must shoot hordes of swooning girls with your “pheromone bullets” to bring them to euphoria, stopping them in their tracks. Every girl has a particular weak spot, which when shot brings them to ecstasy with much haste, and to further complicate matters, some girls’ affections take a darker turn due to them being possessed by tiny little demons, requiring you to shoot of their hellish parasite before giving them pleasure. All in all, it’s simple but engaging fun that can get quite challenging when played on the game’s harder difficulty, but is otherwise an enjoyably stress-free affair. 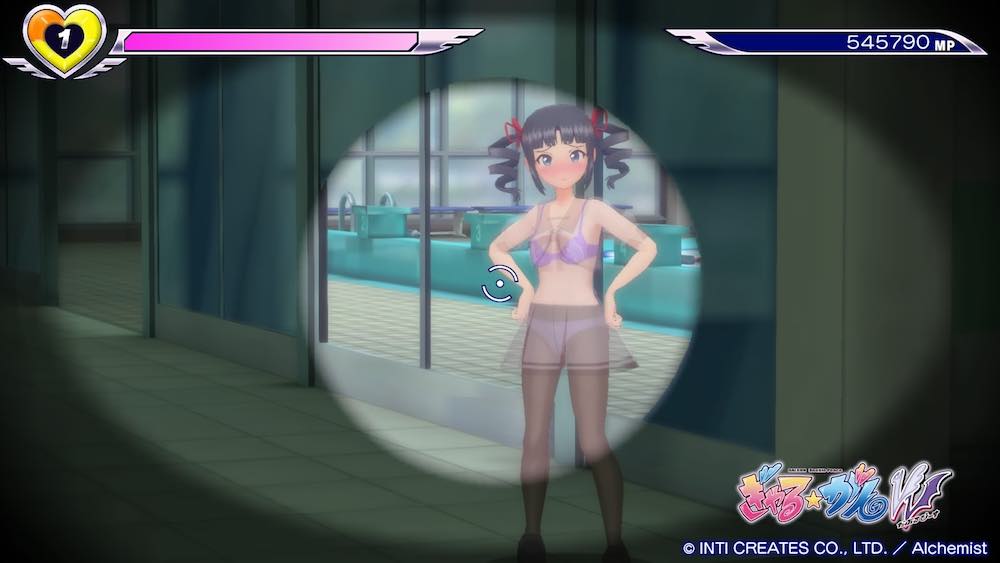 On the rare occasion where the number of lusty ladies on screen does become a little too much to handle, help is at hand in the form of the limited use Doki-Doki mode. Allowing you to isolate up to three of your love-stricken admirers for a short while so that you can safely please them with your touch, when time runs out, normal service is resumed, and an explosion of excitement is released which drives any other girls that are present wild. With the selected ladies adopting suggestive poses and a number of unlockable camera positions available that do nothing to protect their modesty, it’s a bit lewd, but it’s undeniably useful when you’re in a tight spot.

Providing a nice touch of gameplay variety is the odd mini-game here and there, such as suggestively helping the hapless Shinobu become unstuck from her attempts to escape via a window. They play out pretty similar to the action of the main levels, with you shooting targets and simulating touch, only your task instead is to fill various meters to succeed. There’s also a few pesky boss fights thrown in for good measure which prove to be entertaining. Rounding off Gal*Gun Double Peace’s attempts to keep your shooting endeavours engaging are requests, requiring you to find hidden objects for damsels in distress for which you’ll be rewarded with feathers. Primarily obtained in accordance to your performance at the end of each level, feathers can be used to buy a limited amount of upgrades as well as items that change Houdai’s personality, although there’s nothing which seems to have a particularly profound effect on the gameplay.

In between all the shooting and touching, Gal*Gun Double Peace’s story is presented visual novel style, with the occasional dialogue choice here and there affecting how the game plays out. At times some of these choices are just so ridiculous or inappropriate that they just have to be seen to be believed, adding some risqué humour to the proceedings that is sure to make you laugh out loud. A single playthrough will only take about 2-3 hours, but thankfully, with multiple ladies to win over as your soulmate and various branching paths and outcomes for each, your time with the game is more likely to be in excess of 15 hours. There’s also a score attack mode if you just want to enjoy the gameplay without any of the story trappings, and a dressing room where you can customise what your love interests wear when playing. 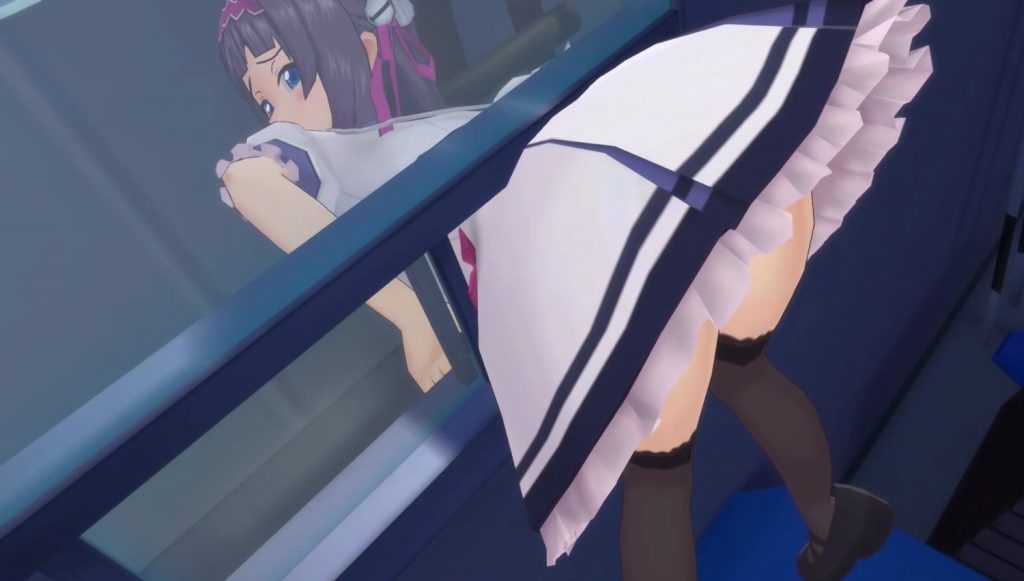 Where Gal*Gun Double Peace disappoints the most is in the audio-visual department. There’s nothing particularly bad per se, but its music becomes repetitive fairly quickly, and the graphics do nothing at all to push the PS4 hardware. With all spoken dialogue in Japanese, it’s also a shame that there are no subtitles when you’re actually playing. During many of the mini-games on offer, there were times where the girls talked quite a lot, but without being able to understand Japanese I had no idea what they were saying.

Obviously Gal*Gun Double Peace is a niche game that will alienate many players due to its strange premise and questionable gameplay systems. The fact of the matter is though, that it’s a great deal of fun of play. Its strength is its outlandishness, and whilst sometimes you do feel a bit dirty for playing it, its light-heartedness smothers any vulgarity or innuendo to disarm any offence that could be caused. Gal*Gun Double Peace may simply be a juvenile story packaged with shallow gameplay, but for anyone that enters with an open mind, I think they’ll find it to be a heartily entertaining affair.

Gal*Gun Double Peace is available on PS4 and PS Vita. We reviewed the PS4 version.