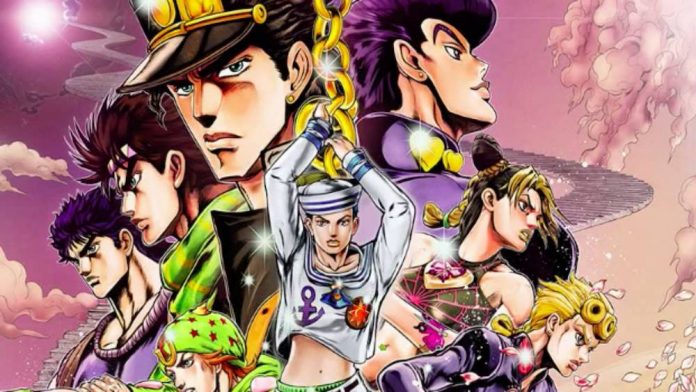 When a manga series has the words “Bizarre Adventure” in the title you just know it’s going to be crazy.

I mean, I think we can all agree that on the face of it they’re all pretty much mental, so one that claims to be bizarre has to be even more outlandish, right? Well, JoJo’s Bizarre Adventure certainly lives up to its name, and the latest videogame in the series, Eyes of Heaven, is just about worthy of a playthrough because of it.

The latest in a long line of Japanese anime/manga inspired brawlers, JoJo’s Bizarre Adventure: Eyes of Heaven doesn’t break the mould. Solid fighting mechanics and complex game systems are thrown out of the window in favour of shallow yet showy battles that are admittedly a treat to look at. The result is a 3D fighting game that is never going to have any major long term appeal or be played on a competitive level, but is a hell of a lot of stupid fun whilst you make your way through its main attraction: a lengthy 10 hour plus story mode.

Split into 12 chapters, each usually consisting of around three battles, some disappointingly light exploration and a handful of story scenes, JoJo’s Bizarre Adventure: Eyes of Heaven‘s story does its very best to incorporate a huge number of characters from various parts of the long running series, and it does so with great effect. Primarily placing you in the shoes of Jotaro Kujo, new characters are introduced at an alarming pace as you travel via rifts to locations in the past, present and future, ever expanding the roster of available combatants for the accompanying Free and Online Battle modes. Despite its breakneck pace however, you never feel like the story is moving too fast; partly because of its sheer simplicity, and partly because it’s that bonkers that you’ll just be happy to be along for the ride. 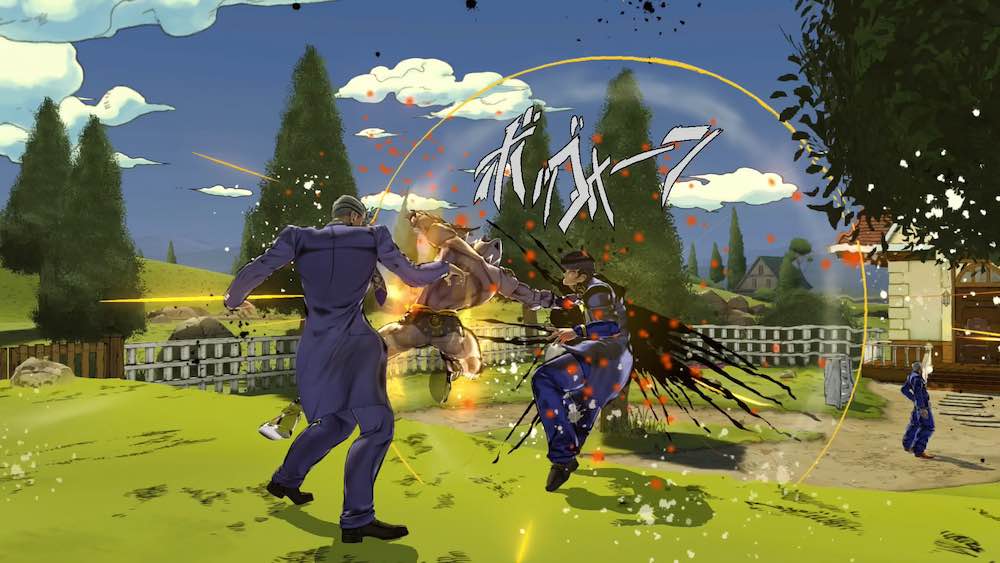 Of course, for any 3D fighting game the combat is what makes it or breaks it, and JoJo’s Bizarre Adventure: Eyes of Heaven just scrapes by by the skin of its teeth. Very basic in nature, battles are mostly played out in teams of two on two, yet disappointingly there’s no local co-op play or even the ability to switch between your two selected pugilists during battle. Also rather strange is the fact that whilst you need to defeat both of your opponents to win, should just the character you’re controlling die then it’s game over, regardless of the health of your computer controlled compadre. Not that it’s particularly a problem though as JoJo’s Bizarre Adventure: Eyes of Heaven is fairly easy for the most part, with its most challenging battles being entirely optional, and there are a number of support items which you can purchase and take into battle to make even the most troublesome fights very much manageable.

If it wasn’t for the sheer zaniness of its characters and its fast paced nature then JoJo’s Bizarre Adventure: Eyes of Heaven‘s limited combat would fall flat on its face. For the most part you’ll be continually hammering the standard attack button which performs a combo that finishes with a rather nifty special move. You could always insert the odd strong attack here and there to finish a combo early but there doesn’t really seem to be any point so you probably won’t. More useful, however, are some of the other moves in your repertoire, such as flashy super moves, dual combos, a distance closing dash attack and a special ability unique to each character. Each adds a little variety to the combat, but none go so far as to give it any real depth.

Employing an RPG-style experience system to give you the pleasure of developing the 50 odd characters that you’ll eventually unlock, all characters begin at level one with only one or two special moves available for use. By spending the skill points acquired with each level up however, you can learn new skills as well as bolster their capabilities. It’s a nice touch that adds an element of character progression but, to be honest, as your assortment of available characters grows it’s a laborious task to manage and upgrade them all. Every battle you take part in also awards you a currency known as JP, allowing you to purchase any extras such as additional costume colours, player quotes and poses that you don’t acquire naturally by playing the game. No doubt a valuable feature for ardent JoJo’s Bizarre Adventure fans.

Visually, JoJo’s Bizarre Adventure: Eyes of Heaven is quite a nice looking game with detailed characters and environments that have a nice comic book effect, but you hardly feel like its pushing the hardware. The animation of its cast of characters leaves a lot to be desired, especially during the many story scenes, where the lack of decent character movement struggles to bring the events to life. It’s also fairly disappointing that all dialogue is in Japanese; no English dub means that you can’t enjoy watching some of the animated scenes as you’re too busy reading. For many though this won’t be a problem at all, as established Japanese voices are often preferable to a poor localised effort. 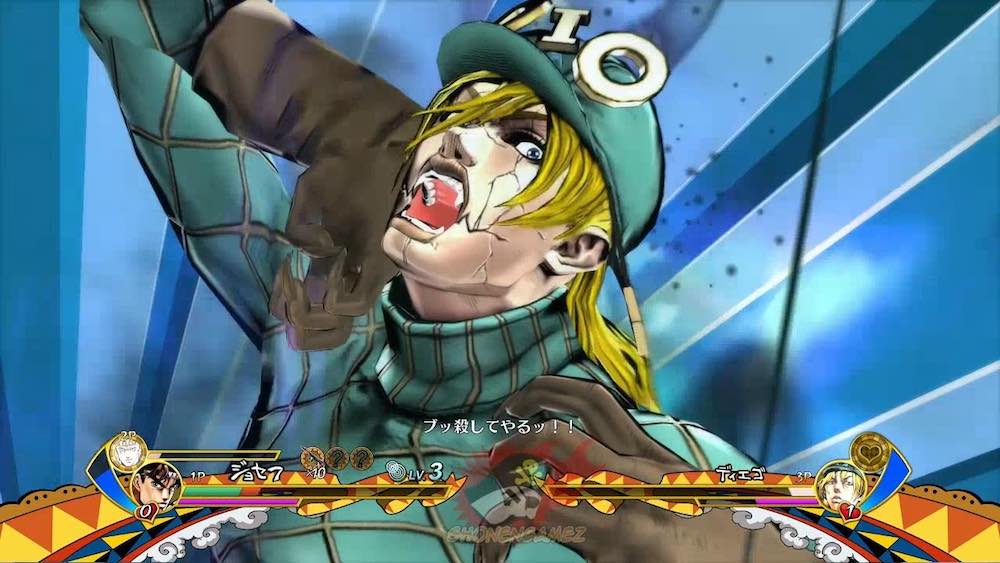 JoJo’s Bizarre Adventure: Eyes of Heaven then, is a basic but fun game saved by its enjoyably bizarre characters and events. Its major problem though, is that once you’ve finished with its fairly lengthy story mode there’s not a great deal to do unless you’re happy to spend copious amounts of time in Free Battle or fighting other players online. The niche nature of the game and the basic fighting mechanics mean that even online play is somewhat unfulfilling however. All in all, fans of the long running series should certainly check JoJo’s Bizarre Adventure: Eyes of Heaven out as they’ll certainly find it to be a rewarding experience despite its flaws, but those looking for a more involved brawler with a wealth of features should look elsewhere.

Jojo’s Bizarre Adventure: Eyes of Heaven is available on PS4.