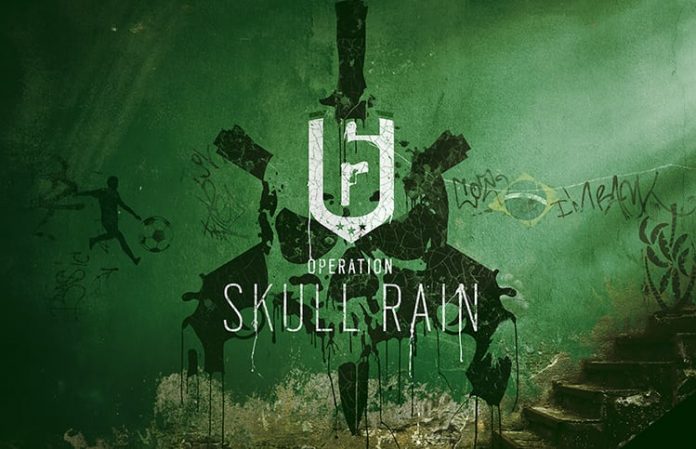 “Operation Skull Rain” may be, if you ask me, the coolest name for a covert operation ever. This is the latest update to come to Tom Clancy’s Rainbow Six Siege, which will be available on PS4, PC and Xbox One from 2 August.

The new DLC will add two new Operators you can play as. Caveira, a defensive female Operator who has a “silent step” kill, making her a great stealth addition to the line-up. The second Operator is Capitão, an attacker equipped with a tactical crossbow. Both new Operators come with their own unique arsenals ready to launch attacks against the enemies.

There’s also a new map available as part of the update, but this will be free for all players. The new map allows you to battle it out in a Brazilian favela (that’s a slum to you or I) and is touted to be the “most destructible map to date” thanks to its support of exterior shell destruction.

Operation Skull Rain will be available on 2 August for all players of Rainbow Six Siege. Season pass holders will get exclusive access to the two new Operators for the first seven days.