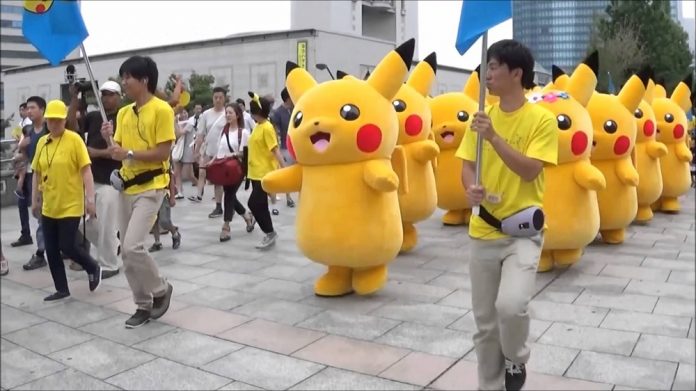 It’s definitely a strange, strange world we live in. Everyone seems to be captivated by Pokemon like it’s 1996 again as Pokemon Go continues its domination over popular culture. The new mobile app, which allows players to finally realise the initial promise of the original Pokemon games, has seemed to recapture the attention of an entire generation. People have been braving would-be robbers and falling off cliffs all in the name of becoming the very best like no one ever was. Now that Pokemon Go is nearing the end of its Slowpoke inspired launch, how is the game’s success affecting its parental guardian, Nintendo?

It’s as clear as the day is long that Pokemon Go has surpassed expectations. As of July 8th, only a few days after the game’s launch, Pokemon Go was played for an average of 43 minutes and 23 seconds a day. That clocks in higher than Whatsapp, Instagram, Snapchat, and Messenger according to SimilarWeb. Pokemon Go has even overtaken Twitter in usage time, a feat that seemed impossible prior to the game’s launch.

The game has become the highest grossing app in every country it’s currently available in, according to Twitter user @ZheuxEX. It’s an unprecedented achievement that seems to have made The Pokemon Company quite a bit of money.

Nintendo, who owns a 33 per cent stake in The Pokemon Company, have also seen skyrocketing success as their stocks jump from just over 14 billion to nearly 30 billion over the game’s short time in the wild. It’s an impressive spike of over 100%, marking Nintendo’s highest point since 2009. According to Bloomberg, the company has even broken the record of the biggest daily turnover for any company in the Tokyo Stock Price Index for the entire freaking century. If that’s not impressive, I don’t know what is.

“[Nintendo] has even broken the record of the biggest daily turnover for any company in the Tokyo Stock Price Index for the entire freaking century. If that’s not impressive, I don’t know what is.”

All of this success from just one game – one Nintendo doesn’t even wholly own, at that. It’s a success story that redefines the definition of the very phrase. Yet one of the reasons why Nintendo’s success is so awe-inspiring is because of how unexpected it is.

It points towards the unforeseen luck Nintendo seems to find themselves in. Since they themselves don’t own the Pokemon IP but instead only have stakes in The Pokemon Company and the game’s developer Niantic, the rise in stocks can instead be attributed to investor’s newfound trust in Nintendo as a company. Normally, Nintendo used their mobile game presence as an opportunity to extend their reach and attract would-be consumers to their  core consoles. In an interview done with the late Satoru Iwata for Time in 2015, Iwata explained that “we will be able to develop and operate software which, in the end, will not hurt the value of Nintendo IP but, rather, will become an opportunity for the great number of people around the world who own smart devices — but do not have interest in dedicated video game hardware — to be interested in Nintendo IP and eventually to become fans of our dedicated game systems.” It’s obvious that Pokemon Go accidentally found itself to be doing just that, even more so that Miitomo ever could.

Yet thanks to the mobile app’s success, some are beginning to speak out about Nintendo’s insistence on staying console-focused. Seth Fischer, founder of Oasis Management, has been a vocal proponent in the mobile games industry. According to Reuters, he’s been publicly pushing for Nintendo to take a more mobile centered approach since 2013 and hopes the success of Pokemon Go will make the company “understand the power of smartphones” and in turn rethink their strategy. With a heavy emphasis on licensing IPs across multiple mobile platforms he thinks the company would make anywhere from 30 to 60 billion yen a year. 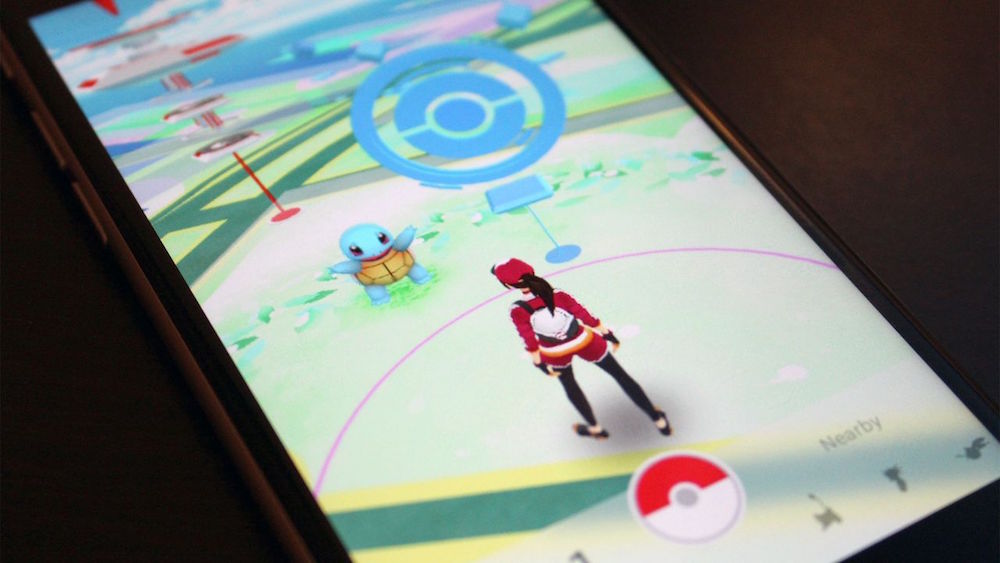 A bold strategy that many have critics of Nintendo have been urging for a while now, but with Nintendo’s newest console codenamed “NX” just over the horizon it seems unlikely. Yet as many have pointed out before, if the NX isn’t able to find success its failure may be the tipping point for Nintendo to get out of the console gaming entirely. If this is the case, Pokemon Go may be the template that the company takes forward as they shift from a hardware manufacturer to a software exclusive company.

As of now, Nintendo has four mobile games in the works set for release before the end of the financial year in March but have only officially announced Animal Crossing and Fire Emblem games respectively. With Miitomo, their first mobile game already out in the wild, it’s unclear what direction Nintendo is thinking for their mobile lineup of games. If history is any indication, Nintendo will likely apply the same amount of polish to create similarly substantive experiences across the board, similar to Square Enix’s new attitude towards the mobile market. Yet with only the next year ahead of us to predict, there’s a lot of wiggle room for more ideas.

“Whether Pokemon Go becomes a catalyst for a future Nintendo or not is still to be seen, but it’s clear that it has redefined a lot in only a few short days”

Another strategy that Nintendo could potentially learn from Pokemon Go is the app’s marketing potential. The app has become so popular that anything Pokemon related has seen a boost. According to Bloomberg, it seems the Pokemon brand has the Midas touch as the Japanese arm of McDonald’s saw a rise of 23 per cent after the fast food chain began giving away Pokemon toys with their Happy Meals. Similar reports come from seperate GameStops in the US that are reporting 100% profit increases when near Pokespots. While it’s clear that this specific case isn’t repeatable, Nintendo’s large catalogue of well established IPs have the ability to create perhaps a similar sort of frenzy if applied correctly.

Perhaps a game that rewards Mario Party players by playing the game different real world locations, or a Wario game that tasks you with graffitiing actual stores in the game (okay, that last one was a little extreme, but you get the point).

In the past few weeks we’ve seen Nintendo’s market value surpass that of Sony, despite the massive market dominance the PlayStation 4 currently holds. It proves that the industry is much larger than many realise, consisting of realities that could change everything we know overnight. Whether Pokemon Go becomes a catalyst for a future Nintendo or not is still to be seen, but it’s clear that it has redefined a lot in only a few short days. It’s impact is perhaps even stronger than when the franchise debuted twenty years ago. It’s definitely a strange, strange world we live in.