When someone utters the words Insomniac Games, what do you immediately think of? Ratchet and Clank? Resistance? Maybe even Sunset Overdrive? With many shooters under their belt it’s fairly expected that you would do so, but with their latest title, Song of the Deep, they’ve mixed things up a little, and in doing so have proved that they are capable of bringing more diverse titles to the table.

An emotionally charged metroidvania-style adventure game akin to the likes of Ori and the Blind Forest, Song of the Deep is certainly a bit of a departure from Insomniac Games’ usual offerings. Putting you in the shoes of a young girl named Merryn, who upon the disappearance of her father at sea inexplicably builds a submarine to go and find him, it’s a heartwarming tale of a love and loss, all wrapped up in a beautiful fairytale aesthetic. In fact, the world you find yourself in as you work your way through Merryn’s trials and tribulations is so wonderfully absorbing that you’ll rue the moment you reach the inevitable end, which will be somewhat just shy of ten hours for players that like to explore.

Whilst the beautiful visuals make exploring Song of the Deep‘s aquatic world a treat, it’s the gameplay found within that is the real pleasure, spurring you on from one lusciously designed area to the next. Always on the hunt for the next vital clue as to the whereabouts of your missing dad, you’ll head back and forth as you obtain new weapons and abilities, ever expanding the area of your search as well as enabling you to obtain yet more upgrades in the process. The frequent backtracking never feels like a chore though; there’s always something new to discover on your travels such as a previously unreachable treasure that’s now ripe for the taking, and those who do eventually tire of manually getting from one place to another can make use of handily placed fast travel points. 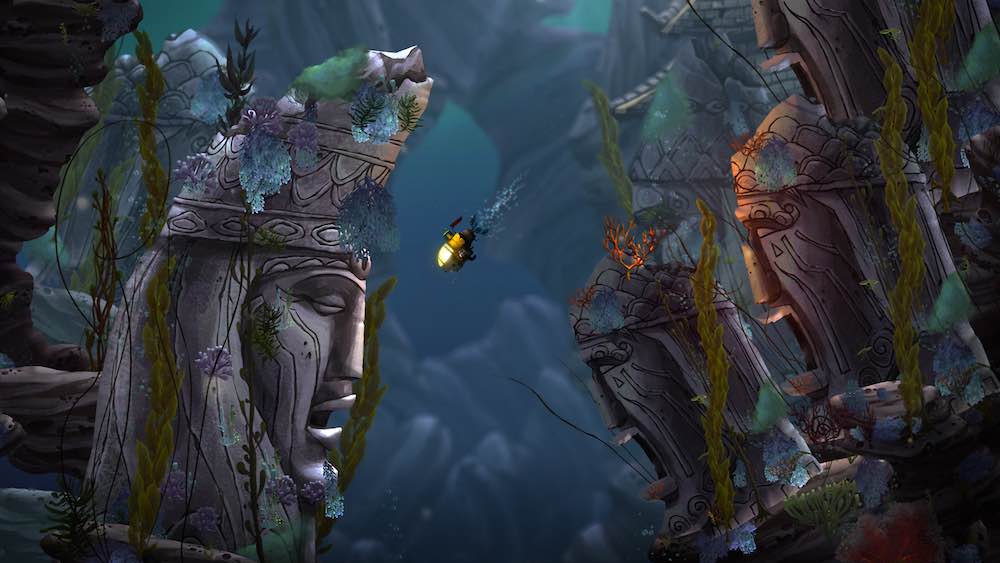 Despite Song of the Deep‘s dreamlike nature, combat is still very much prevalent, and thankfully it manages to be satisfying throughout thanks to the steady drip-feed of new attack and defence options and intuitive controls. Starting out with just an extendable claw that can be used to attack enemies as well as grab objects to solve puzzles, you soon gain access to a versatile torpedo launcher that over time bestows you with a varied range of fire modes and uses. Suffice to say, by the end of the game you’ll have an even more ample repertoire of abilities at your disposal, enabling you to decimate your foes with style and panache.  It could be said, however, that combat maybe becomes a little too prominent in the late stages of the game, with some battles in enclosed spaces feeling perhaps a tad too hectic for an experience that is otherwise breezy and laid back.

Song of the Deep is undoubtedly at its best though, when you’re out tackling the many puzzles and problems that stand in the way of story progression or when you’re sweeping the ocean for the game’s countless collectables. Abilities you’ve obtained have to be used ingeniously to access new areas as well as discover hidden treasures and a whole host of submarine bolstering upgrades. Sometimes you’ll even need to disembark Merryn from her ramshackle submarine; her tiny frame allowing her access tight areas and her coral blade able to deflect beams of light to their intended receptacles. It’s safe to say that your mettle will truly be tested by the countless traps and conundrums, but they are perfectly pitched; always challenging, yet not frustratingly so, and there’s always a reward to make the hard work seem worthwhile. Topping it all off is a sumptuous soundtrack that makes every head-scratching moment a treat for the ears.

It’s been a while since I’ve played a game as enchanting and engrossing as Song of the Deep. It’s the type of game that you start to play and then before you know it hours have passed; every intention to turn it off met with an “I’ll just go there” or “I’ll just get that one treasure that’s close by”. It’s just a shame the experience is rather brief, as by the time the credits roll you’ll just be left wanting more. Whilst it will undoubtedly stand in the shadow of Ori and the Blind Forest for Xbox One and PC owners, it’s a wonderful title with enough of its own unique charm and scintillating gameplay to make it an essential purchase. With Song of the Deep, Insomniac Games have truly surprised and impressed, and hopefully they will continue expanding their portfolio with similarly leftfield titles in the future.

Song of the Deep is available on PC, PS4 and Xbox One. We reviewed the Xbox One version. 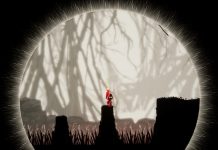