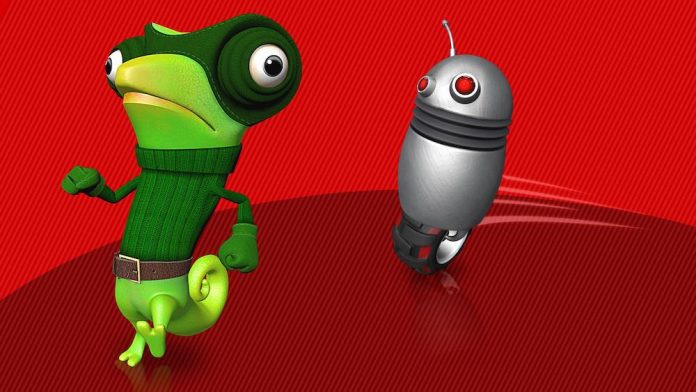 Combining the stealth elements from the Sly Cooper series with the arcade trial and error gameplay of Super Meat Boy, Spy Chameleon is a quirky, well-designed arcade-puzzle game from developer Unfinished Pixel.

Encompassing 75 thoughtful and cleverly crafted levels, Spy Chameleon is a creative take on the stealth genre with a central mechanic that is ingenious. Though some of the levels are better designed than others and occasionally the game verges on the edge of frustration, Spy Chameleon consistently doles out new and interesting obstacles to overcome that continually kept me engaged.

Having been released in 2014 for PC and Wii U and last year on Xbox One, Spy Chameleon finally makes its way to Sony platforms. Launching on both the PlayStation 4 and the PlayStation Vita, the game runs smoothly on the former and load times are pleasantly minimal. However, whilst I was unable to test the game on Sony’s handheld, I believe Spy-Chameleon to be a great fit for the platform, with its fast-paced puzzles mingling nicely with the Vita’s pick up and play nature.

Throughout the course of the game, you play as an RGB (Red, Green, and Blue) agent who, funnily enough, is also a chameleon. Although there isn’t a storyline in the conventional sense, Spy Chameleon tasks you in retrieving five different items during its campaign. These range from a photo of a well-known celebrity to a super-secret formula. The game’s comical set-up adds to Spy Chameleon’s humorous tone and helps to create an identity of its own, despite its clear inspirations.

Spy Chameleon’s 75 well-crafted levels are constructed around the main protagonist’s abilities as a chameleon. Being a chameleon, the player is able to change colour in order to match their surroundings, with each colour matching the corresponding face button on the controller. By doing so, the player is hidden from the cameras and drones that patrol each level. Although simple in its premise, the game’s levels expertly utilise Spy Chameleon’s core mechanic to create challenging and diverse puzzles that require the player’s full concentration. Not only is the game demanding from a level-design standpoint, with multiple obstacles to overcome within each level, but Spy Chameleon frequently requires the player to change the colour of the protagonist on the fly. This creates an omnipresent level of challenge that demands the player’s utmost concentration. The closest thing I can compare it to is absurdly, Dr Kawashima’s Brain Training, as the player must learn to use colour as a central game mechanic. 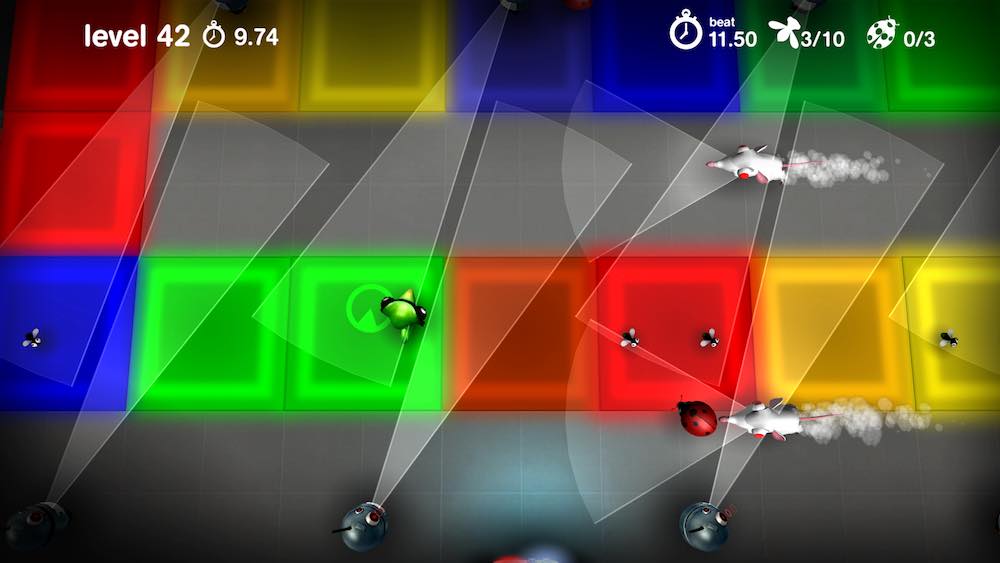 Each level is a self-contained puzzle, in which the player must guide the RGB agent from one side of the screen to the other. However, standing in the way are numerous stumbling blocks that frequently halt your progress. These range from patrolling drones, cameras, locked doors and even colour-changing floor tiles. As previously mentioned these necessitate the player to change their tactics while in motion and add to the game’s challenging difficulty. Moreover, the level of challenge is one of Spy Chameleon’s biggest strengths, and while I was occasionally frustrated by my own inability to conquer a level, the game’s fast restarts ensure annoyance is kept to a minimum. The large variety of deterrents handed to the player to overcome and the pace at which they are delivered instils a strong sense of progression and gratification once you’ve finally mastered a level.

Furthermore, within each of the game’s levels, there are three side objectives which the player can complete at their leisure. The objectives are the same throughout each of the seventy-five levels and challenge the player to complete the stage using different methods. Each level tasks the player in collecting ten flies throughout the puzzle, completing the stage in a certain amount of time and additionally there is also a hidden ladybird somewhere among the level for the chameleon to find. Whereas these side-objectives are often not all achievable in a single playthrough of a level, they add greatly to Spy Chameleon’s replayability, which is a good thing as the campaign is admittedly quite short.

If it’s not clear by this point, Spy Chameleon doesn’t take itself very seriously. As previously mentioned, its premise is anything but realistic, but that is what I enjoy so much about the game. Moreover, Spy Chameleon’s wacky set-up soaks through to its artistic direction also. Levels are often colourful and eye-catching, enemies are absurdly unconventional, and the main protagonist is a likeable creation despite the game’s minimal narrative. You can frequently tell that the game’s developers had fun when designing their creation, and their enthusiasm shines throughout Spy Chameleon’s four-hour campaign. 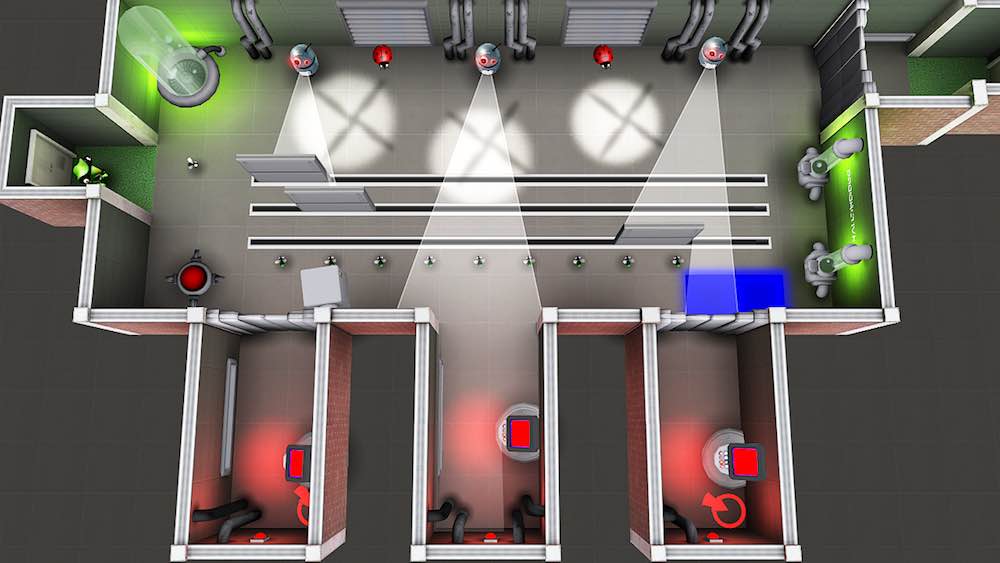 Spy Chameleon is a novel, entertaining and creative title that is well-designed and fully captivating. The game’s challenging difficulty in combination with its well-constructed levels and ingenious central mechanic make for an experience that is engaging and difficult, but nearly always fair. Spy Chameleon’s quirky premise and humorous tone, in addition to its diverse and vibrant artistic design, amalgamates to an experience that doesn’t take itself too seriously, but one that is better off as a result. This is a game that knows what it is and doesn’t overstretch itself. Instead, Spy Chameleon delivers upon its expectations, providing brilliantly-crafted levels that challenge and continually engage the player without overstaying their welcome. Nothing is unfair throughout the course of the campaign, each mistake is your own and the game is smartly designed in order for the player to avoid major frustrations or annoyances. Whilst I could have asked for further levels in order to extend the game’s length, what is provided is excellent and at a more than reasonable £3.99 ($4.99) price-point, Spy Chameleon is a brilliant arcade-puzzle game that I can’t believe nearly sneaked past me.

Spy Chameleon is available on PC, Xbox One, PS4, PS Vita and Wii U. We reviewed the PS4 version.