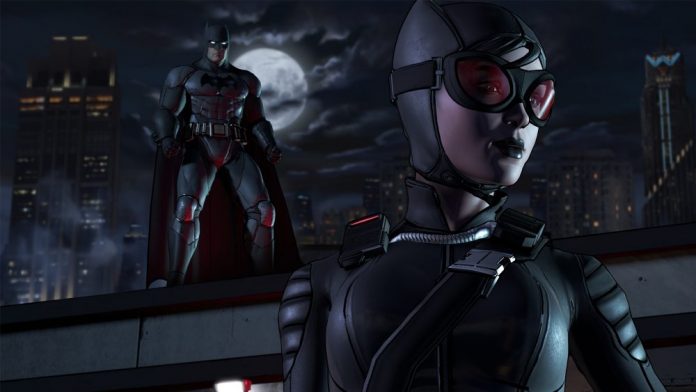 The first episode of the new five part Batman series by Telltale games has officially released its first trailer. The first episode “Realm of Shadows” will be available starting Tuesday 2 August for all platforms including old and new gen consoles, PC and Mac, and iOS and Android.

Batman will also be available on a special season pass disc version in North America on 13 September where players will have access to the first episode immediately and the other four subsequent episodes as they become available for digital download. The Season Pass Disc will be available in Europe on 16 September.

The trailer that was released this morning has revealed much of what the public already knows but it does gives fans a chance to the see the amazing voice talent hired for the game in action. Troy Baker shows off his dark, brooding voice as Batman/Bruce Wayne along with many other well known voice actors including Travis Willingham as Harvey Dent and Erin Yvette as Vicki Vale.

Gotham looks great in its full Telltale animated glory and we can look forward to its first episode in just a few weeks. Check out the trailer below and let us know what you think in the comments!