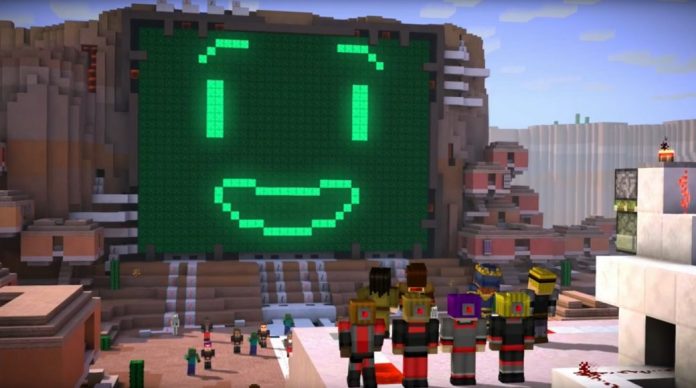 The second episode in Telltale’s Minecraft: Story Mode add-on series “Adventure Pass” and the seventh episode in total of the series received its first trailer and official release date yesterday. Telltale has been teasing this episode on their Twitter for the past few days so it was nice to finally get the official announcement.

“Episode 7: Access Denied” will be available digitally worldwide July 26th on PS3, Xbox 360, PS4, Xbox One, Mac and PC and iOS and Android. This episode may be purchased as part of the “Adventure Pass” add-on which includes episodes 6, 7 and 8 available upon release. You can purchase the season pass for $14.99 USD or equivalent for access to all three episodes or purchase them individually for $4.99 USD each. Keep in mind that players we need to own either the first episode in the series “The Order of the Stone” or the season pass disc in order to play episodes 6, 7, and 8.

“Episode 7: Access Denied” features Jesse and the crew from the previous episodes as they continue their trek through portals in search of home. This new world that they land in is controlled by PAMA a computer “thinking machine” who is determined to keep everyone in this world working at their utmost efficiency. Jesse and their friends must run and hide from this overworking super computer in order to avoid being enslaved.

“Access Denied” also features a new guest voice, that of Yvette Nicole Brown from Community as PAMA’s creator in hiding. Check out the trailer for the new episode below, let us know what you think in the comments and look forward to the episodes release early next week.