The first season of The Last Door was simply a triumph in my personal opinion, so when I heard that a second season was in the works, I was beyond excited.

The Last Door Season 1 had all of the elements of a suspenseful horror game with brilliant storytelling, challenging puzzles, and a myriad of other elements making it one of my most memorable games of 2014. The Last Door Season 2 did not in any way disappoint and fits perfectly alongside its predecessor.

The Last Door Season 2 is a point-and-click psychological horror game that tells the story of Dr. Wakefield, a therapist, as he tries to find his missing patient Jeremiah Devitt who was the protagonist in season 1. Wakefield worries about the safety of his patient and, after finding a letter in the home of one of Devitt’s late friends, decides to investigate a man named Alexander du Pre. Wakefield’s investigation leads him to East Hill Lunatic Asylum where he tries to find out what on Earth happened to Devitt.

There are so many elements of The Last Door that make it an awesome addition to the horror genre; from the writing, to the atmosphere, to some of the creepiest characters ever, but the sound design is by far its greatest asset. The music in particular catches your attention and never lets go. In all seriousness, Carlos Viola, the composer, deserves a few awards (and maybe a marriage proposal from me) for his work with The Last Door. The music features a lot of beautiful riffs from string instruments, really adding to the eerie feel of the story. But of course, Viola isn’t the only one that worked hard to make this game what it is. 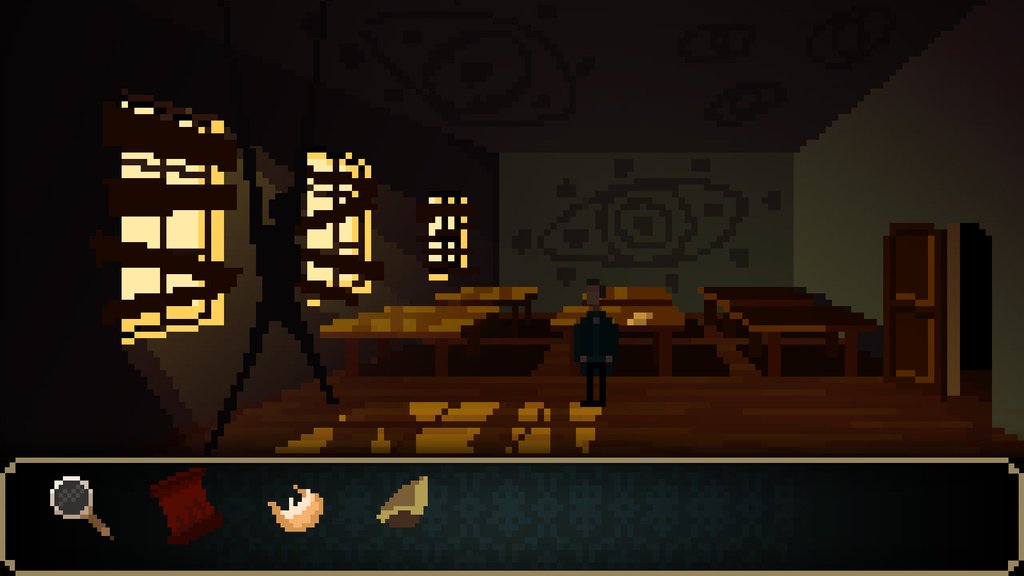 The rest of The Last Door team at The Game Kitchen should be proud of what they’ve put together with the second instalment of this series. The puzzles in season 2 are just as challenging as they were in the first season, but also much like the first season, none felt horribly impossible to solve. That isn’t to say that I didn’t get stuck every once in awhile but after wandering around and trying different things there was always a logical (and sometimes not so logical) solution. One of the times that I got stuck it was simply because I had missed an area where I was able to explore. Overall the puzzles were very unique (and strange) and didn’t cause me to want to quit even once. Definitely a good thing when it comes to point-and-click adventures for me.

The many horror aspects of The Last Door did an impressive job at keeping me particularly on edge throughout. I played the entirety of the game in the dark with my headphones in so all of the ambient sounds and music were right inside my head creeping me out – it’s really how all horror games should be played. But it wasn’t just the music and sound that made the game scary; it was the creepy characters, dark corners, and clever elements like having to explore an area by candlelight or trying to navigate an entire room in complete darkness, that pushed that scary factor up to eleven. The Last Door isn’t just jump scares like so many horror games today; it utilises the buildup of a false sense of security and then once you’re sure you’re safe there’s a crazy lady behind you chanting in a foreign language.

There were a few tiny bugs I noticed while playing where every once in a while an interactable item would still apparently be named after its file name such as “Magnifying_icon_(03)” rather than displaying the description of the object. A very small detail, maybe not even worth mentioning, except that one of the times that it happened it made me miss something that I needed in order to solve a puzzle. A small nuisance I’m sure they could easily patch in the future.

The Last Door Season 2 was exactly what I expected it would be. It’s scary, the story is amazing and weird, the music is beautiful, and overall, it was just a wonderful series. I’m not sure if The Game Kitchen has plans for a third season since this season wrapped up all the mysteries pretty well but frankly, I’ll play anything they release even if it’s about a stalk of celery – and I HATE celery. Pick up the full four episodes of the second season if you love a good pixel art horror game that’s bound to knock your socks off.

The Last Door Season 2 is available on PC.