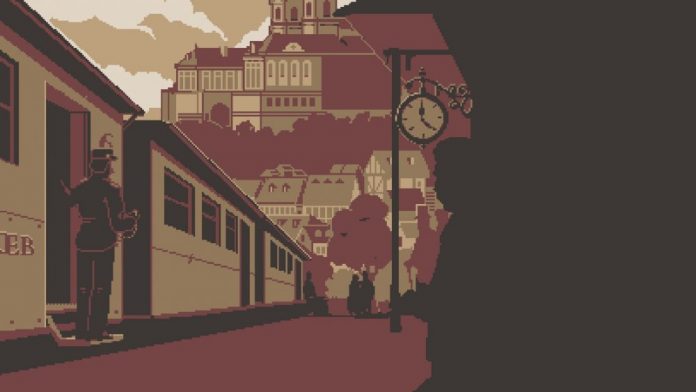 The point-and-click genre has found a resurgence of popularity in gaming at the moment so it’s particularly difficult for the games to stand out.

They all feature the same kind of gameplay; you click to walk around, you pick up items, you use those items to progress. Without an intriguing storyline there’s rarely much to be gained by playing besides maybe a good puzzle here or there. Still some games manage to rise above the rest. The Lion’s Song: Episode 1 – Silence is one such game; with its fantastic story, it’s unlike any point-and-click game I’ve played before.

The Lion’s Song is a pixel art point-and-click game developed by Stefan Srb at Mi’pu’mi developing studios. Each episode of The Lion’s Song features a different main character with a specific talent (music, visual arts, mathematics) as they try to find their big breakthrough. These episodes are described by the developer as “single-session” episodes meaning they can be completed in one short sitting of about thirty minutes.

The beginning of the The Lion’s Song introduces you to its protagonist Wilma as she struggles to compose a piece of music. Her mentor and teacher Arthur encourages her to go away to his cabin in the Alps to concentrate. Little do they both know that the quiet Alps isn’t exactly what is awaiting Wilma upon her arrival. A storm is brewing outside of the cabin’s windows and the creaks of the old cabin are impossible to ignore. Wilma continues to struggle with what people hope will be her masterpiece and being in a new environment is not helping. During The Lion’s Song: Episode 1 – Silence you’ll learn what it means to inspire an artist, and what it really takes to create. 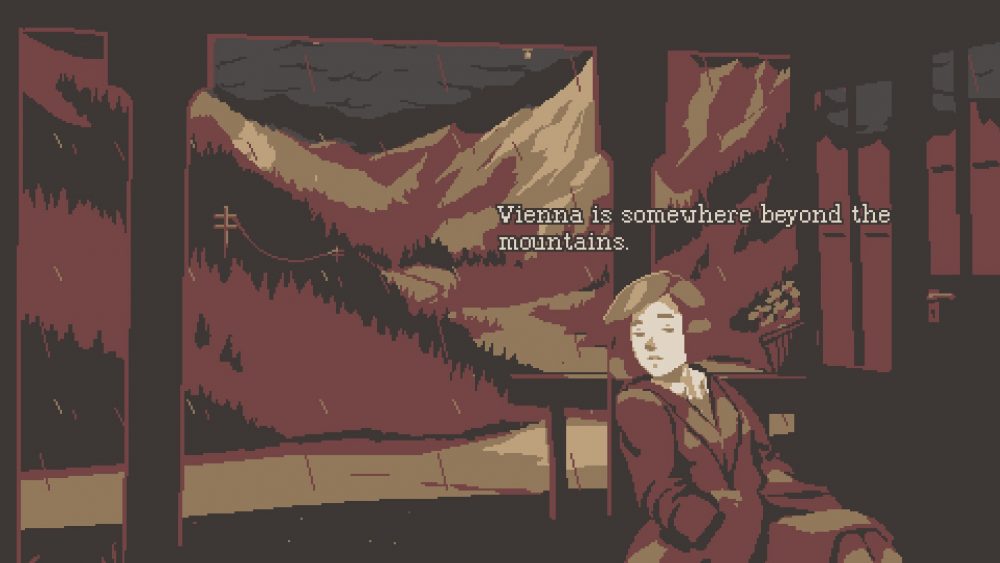 The Lion’s Song plays a lot like most point-and-click adventure games with the exception that the majority of the game takes place in only two locations: inside and outside of the cabin. During the introduction of the game you get to see Wilma’s trip to the cabin but once she arrives you’re pretty much stuck in those two places. The only reprieve is during Wilma’s dreams when she imagines herself elsewhere. The area of the cabin feels quite claustrophobic; quickly the various monotonous noises that drive Wilma crazy will be getting into your psyche as well. The tight spaces make it quite easy to figure out what you need to do considering there’s ever only a handful of possibilities. This adds to how short the game is: you don’t spend much time trying to figure out the puzzles.

The lack of fulfilling puzzles doesn’t hinder the quality of The Lion’s Song much however; the best, and most important, part of the game is its story. The script and specifically the dialogue for the game are particularly impressive. The main character Wilma describes her thoughts and feelings without boring the player like in many other point-and-clicks where the character points out every obvious thing in the room. “It’s a plant.” Yes, thank you. I couldn’t tell. Due to the purposeful short play time of The Lion’s Song, there’s no room for pointless dialogue of that sort; everything has a purpose.

The other huge part of The Lion’s Song that really makes it stand out against the rest are the beautiful pixel art graphics. The characters’ faces are extremely expressive unlike what we’re used to when we think of pixel art, and the simple animations breathe a life into it that you wouldn’t expect. The backdrops of the game are just as impressive as the characters, with a very deliberate muted colour palette; an almost sepia, which further sets the tone and makes the visuals even more memorable. The Lion’s Song is really paving the way for where pixel art could continue to go in the future. 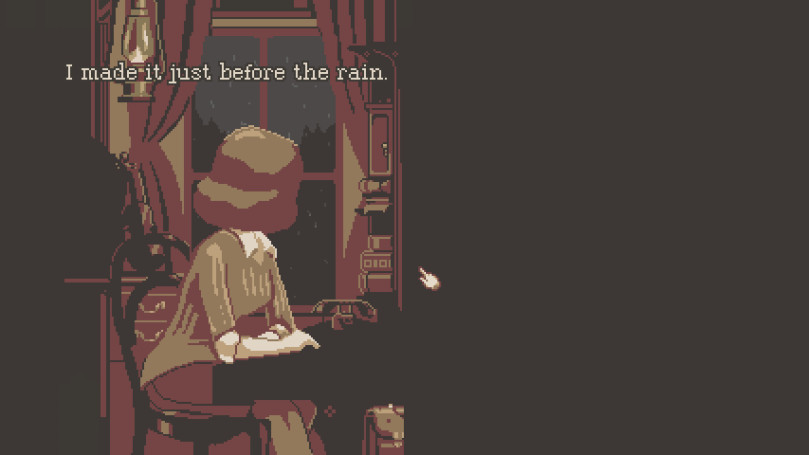 The Lion’s Song: Episode 1 – Silence is a short yet very enjoyable experience. The story had me clicking furiously through to find out what was going to happen next. The dialogue was well written and realistic, being the highlight of the entire game. Though the confining cabin was a little disappointing, it really didn’t affect my enjoyment of the game. It perhaps would have been nice to have to do a little bit more searching around rather that immediately knowing what to click on in order to solve the minor puzzles featured, but in the end what I and others will likely remember most is the fantastic story, soundtrack, and graphics. I can’t wait to see what The Lion’s Song will bring in episodes two, three and four – but if it’s anything like Silence, it’s sure to impress.

The Lion’s Song is available on PC.