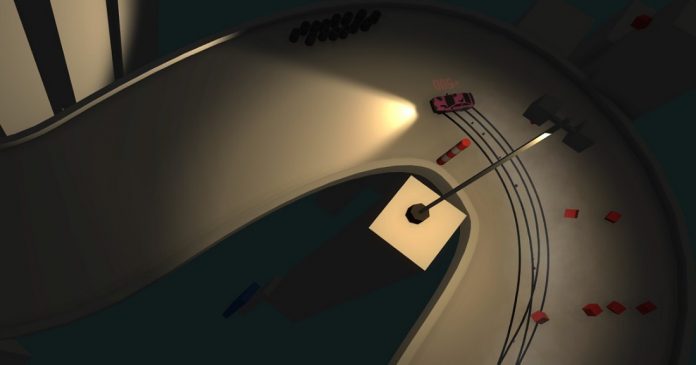 The “driving games” genre tends to be viewed as slightly casual.

Although not quite to the level of Fifa or Call of Duty, the Need for Speed or Gran Turismo franchises of the world are designed to be easily consumed, if hard to master. Have a few friends over and not sure what to play? Throw on Mario Kart. Or Forza Horizon. Games that everyone can enjoy. Well, Absolute Drift: Zen Edition does NOT belong in that group.

Originally launched in 2015 by Funskeletor Labs on PC, Absolute Drift received a positive reception from critics and gamers alike. Despite the never-ending stream of indie titles flooding every genre possible, drifting games remained somewhat hard to come by. Sure, the majority of the big racing titles include drifting as a race type, but it is damn near impossible to find a release that dedicates itself to that niche.

After receiving the universal “thumbs up”, Funskeletor Labs joined forced with FlippFly (Race the Sun) to develop and publish Absolute Drift: Zen Edition on the PlayStation 4. Available for an attractive $11.99, this clean-cut title promises a fully realised and dedicated experience that could provide dozens of hours of enjoyment  – or about 15 minutes worth. This is definitely not one to just pick up and play.

It is best to see Absolute Drift as an arcade title available on one’s console. There is no story. And, honestly, not much of a reason to push forward besides a desire to best yourself and rank within the leaderboards. It’s all about the points, even including a multiplier system that rewards players for chaining drifts together.

Although the mechanics seem easy enough at first – gently turn and then countersteer – pulling it off consistently is not a feat that anybody can manage at the drop of a hat. Speed, control and the angle of when the turn is initialised will determine how impressive a drift is, and the capabilities of the car also need to be taken into account.

For example, stepping on the gas will reward more points for every successful drift but can easily lead to huge mistakes. Due to the multiplier system, slowing down the speed and aiming for a more controlled tempo will often result in a higher point tally at the end. 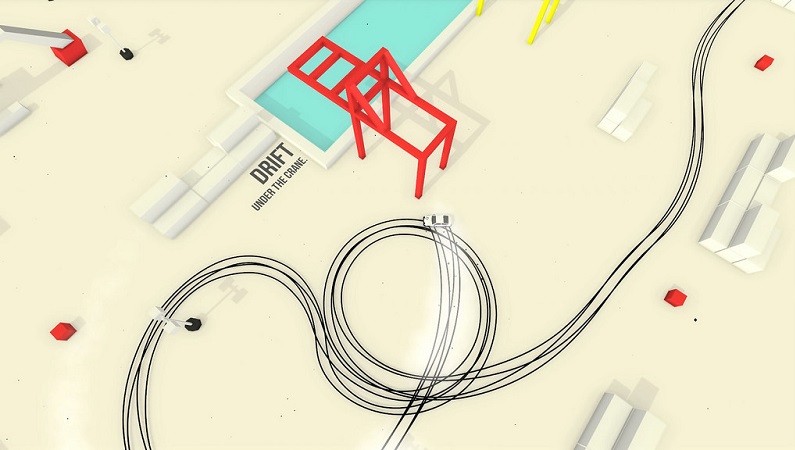 Each of the six available vehicles succeed at managing to feel like their very own thing. You could find yourself struggling severely with one and then faring much better with another in the very same track.

Although not a huge selection, the nature of Absolute Drift: Zen Edition requires uniqueness rather than quantity. Effectively catering for a range of gameplay styles rather than stacking itself with cosmetic variants. It should be noted that there is a shallow “Garage” mode that allows a car to be edited, but it’s nothing more than a colour change.

Most of your time will be spent within Free-Roam mode. After a brief tutorial, the game expands into larger areas containing challenges and events within. Consisting of five separate areas, each with their own theme and aesthetic, one goes from level to level, trying to meet the often steep requirements set within them. Although the levels do not vary all that much, the locations themselves (including an airport and a floating metropolis) are quite lovely to behold.

Besides a point gauge that needs to be reached to unlock further levels, players are also rewarded for performing certain stunts within the track. These include performing “close-wall” drifts, where a flag is placed at certain corners and the player has to drift within inches of it. Some might find these tasks pedestrian, while others will never even be able to perform one successfully.

Absolute Drift: Zen Edition might not have the graphical sophistication of AAA titles, but it is pretty much perfect for this type of game. Often contrasting a white background with bright block objects, there could not have been a better mix for a game all about avoiding things. It is a really cleanly designed game too, with the screen never feeling cluttered or overwhelming. Focus is placed squarely on the player’s drifting skills. The drum and bass soundtrack, performed by C41 and NYTE further compliments the package, with more than three hours of serene electronica. 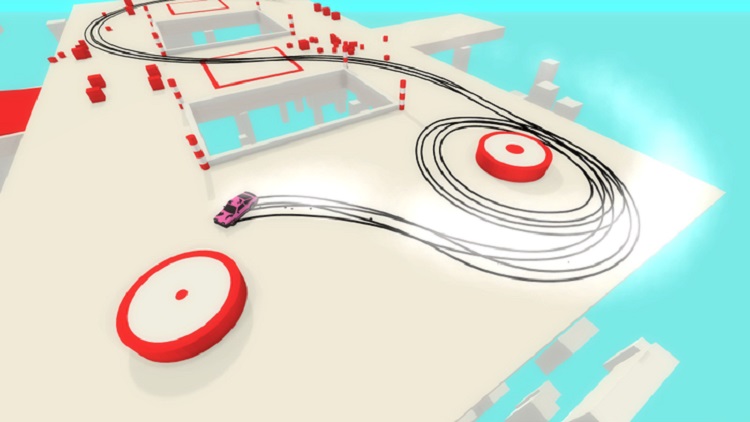 I should probably just came right out with it: I suck at Absolute Drift. I mean really, really suck. Even though I improved slightly as I played, I never came close to mastering the title. Every level, I pulled off maybe one or two proper turns. Maybe. More often than not, I oversteered and found my car planted face first into the barricade. My driver experienced so many near-death experiences that he would have been safer as a farmer in Lothric.

Despite my obvious lack of talent, Absolute Drift: Zen Edition managed to remain fun. Frustrating as all hell, but still enjoyable enough to go another round. To continue striving to reach the next area. Unlock that new car. There is not a lot of content here. Actually, I am sure anyone that is half way decent at it could finish the levels in under two hours. But, like the best arcade games, the fun is not in when the end is reached, but how.

Absolute Drift: Zen Edition is available on PC and PS4. We reviewed the PS4 version.