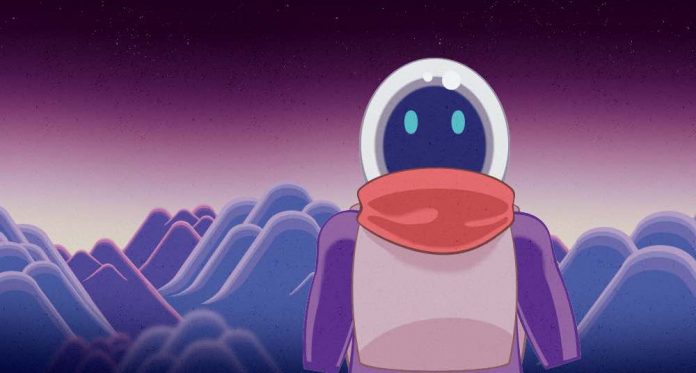 Alone With You, a self-described “sci-fi romance adventure” from the creator of indie darling Home, Benjamin Rivers, is a rather unusual experience.

Alone With You lingers on questions of humanity, love and loss, and uses such debates to tell a thoughtful story encompassed within a meticulously crafted world. Whereas the game will unlikely be to everyone’s tastes, Alone With You’s story is worth experiencing, despite its frustrating repetition and underdeveloped interaction with characters.

As the last survivor of a doomed space colony, your task within Alone With You is to escape the crumbling planet that you find yourself inhabiting. In order to escape from the failed colony, you must repair the last remaining escape shuttle. However, in order to do so, you must seek the help of four holograms who can help you fix the ship’s problems. Whilst the set-up is not distinctly original, it’s the stories that you piece together yourself through exploring the planet with your AI companion that highlight the game’s narrative flair.

However, where Alone With You distances itself from other adventure titles is through its interaction with the aforementioned four holograms. After each day’s mission, in which you slowly gather the necessary components to fix your space-craft, you are given a moment to speak to each of the four virtual characters. Through communicating with each of the holograms, you are able to better familiarise yourself with their personalities and their quirks. Furthermore, throughout your journeys to the buildings of the collapsed colony, you begin to piece together what went wrong in addition to the fates of the four holograms. Additionally, through discussions with each of the projections, further details and recollections are provided which help cement a rather compelling tale.

However, for a game that touts itself a “sci-fi romance adventure”, the romance side of things is severely lacking. Although I certainly found it intriguing to learn of the stories that the holograms possessed, I never particularly found myself caring about the fates of the characters themselves. Despite the fact that the narrative is expertly written, it is almost impossible to care for the holograms as none of them are distinctly unique or all that likeable. This problem is exacerbated due to the fact that from the get-go, the player is already aware that they have died and thus an emotional connection feels null and void. I struggle to even recall their names, which is a testament to how underdeveloped the romance facet of the game feels. 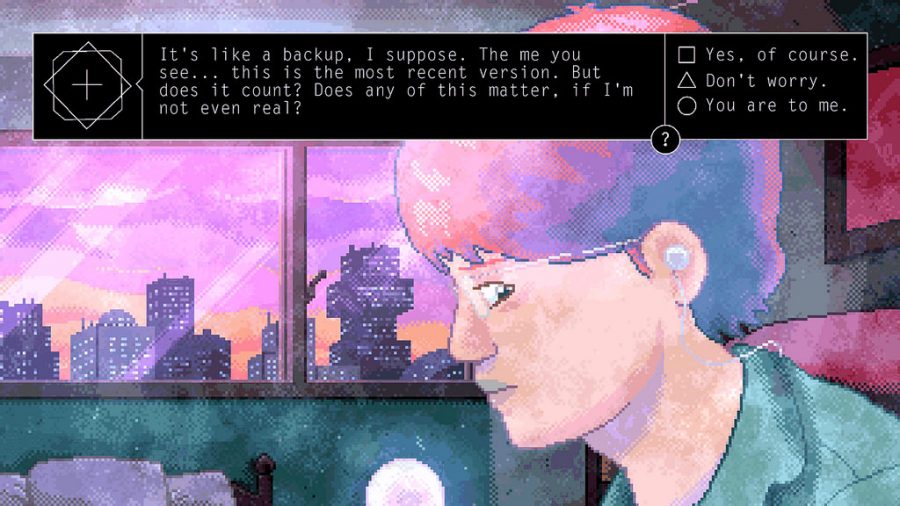 However, the stories that you uncover throughout the campaign are where the game truly shines, and these pieces of exposition are undoubtedly the game’s strongest feature. It is a shame then that Alone With You ends on such a negative note. Without spoiling anything, I found myself disappointed at how the game’s final scenes reject its strongest aspect and focusses on the characters that I had no emotional connection to. Despite this however, I still believe that this adventure is worth experiencing, if not only for its terrific writing and its predominately intriguing story.

It perhaps sounds mindless to say, but gameplay is where the game struggles the most. During each day, you must visit one of a handful of locations in order to hopeful procure components that may be used to fix your ship. It is during these trips that story details are provided to the player and as previously mentioned, these are laudable. However, standing in your way is tedious and incredibly repetitive gameplay that arguable ruins the experience. Although exploring buildings is incredibly atmospheric, frequently introduced puzzles are either overly simplistic or terribly obtuse, and lack any real creative thinking. I often found myself feeling as though the trials were only introduced in order to artificially inflate game-time. However, this becomes counter-active as the challenges only add to the sense of boredom and could arguably have been omitted altogether.

Moreover, during the end of each day, you are given the opportunity to interact with the hologram that pertained to the day’s events. Interactions are for the most part however, stilted encounters. Although Alone With You  emphasises its narrative-driven adventure and even has multiple endings, the game’s branching dialogue options feel redundant. Choices are few and far between, and more often than not, the game forces you to choose each option before progressing to the next stage of the conversation. This feature feels unnecessary and when you consider the fact that the characters are not particularly engaging or endearing, the game feels as though it may have been better off without it. I would have much preferred to learn more about the history of the planet, or other events that transpired within the colony rather than having awkward conversations with people whom I simply did not care for. 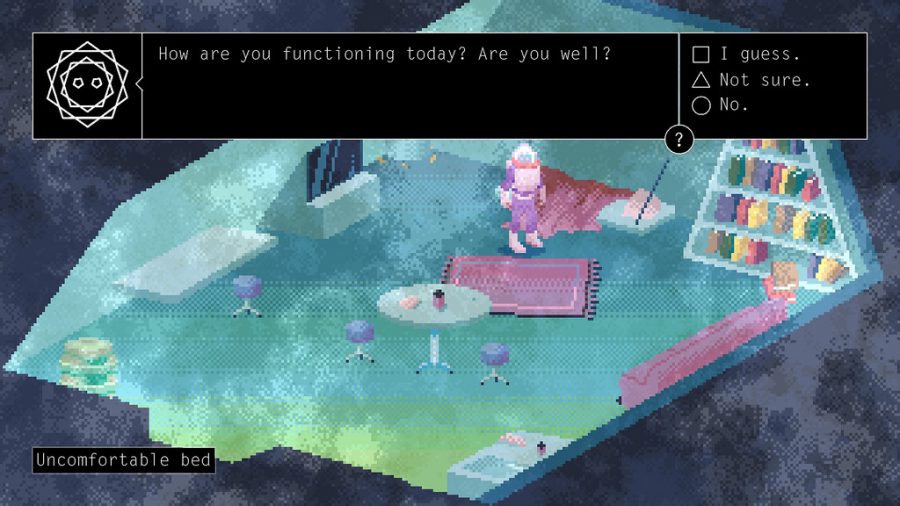 Furthermore, I must also stress the game’s inherent sense of repetition. Each day’s course of events are very much the same, with little deviation from the schedule. Each day has the same structure of visiting a colony building in the day and speaking to a hologram in the night. Although locations are notably diverse and markedly pretty, there’s no escaping the sense that you’re doing the same thing over and over. It’s a tiresome endeavour after the first few days’ events, and the only thing that made me persist on my adventure was the intriguing tale that Alone With You was attempting to tell.

Despite these criticisms, Alone With You has to be applauded for its art style and absolutely beautiful environments which help to weave the story that transpires. The game’s striking and visually diverse pixelated graphics help to create the feeling of a real world that has a real history for you to uncover. Broken walls bury secrets, picture frames hold precious memories and decaying corpses lay helpless on the cracked-titled floors. Every environment feels lived-in and authentic, creating a sense of place and tangibility to each location. Furthermore, music within the game is tremendous, fitting the style of the game perfectly. The stunning musical score ranges from heavy basses to soaring synths and composer Ivor Stines must be commended.

In summary, Alone With You is a game of two halves: one of brilliance and the other of redundancy. The game comes across as being unsure of what it really wants to be and how it wishes to be portrayed. Whereas its story is heartfelt, engaging and intriguing, the game’s characters are not. Although the game’s beautiful art-style and atmospheric soundtrack immerse the player within the experience, its gameplay detracts from the experience and removes the immersion entirely. Alone With You is an unusual game, something which stems from its unbalanced mix of components. The game’s story is undoubtedly its strongest feature, and its presentation only adds to Alone With You’s sense of place. Unfortunately, everything else is not quite up to their high standards. Playing Alone With You, you almost get the sense that the game could’ve better served as a movie or a novel, with its gameplay feeling frequently obsolete. However, as a final product, Alone With You is still very-much worth investing in due to the fantastic story it tells and the game’s palpable world. It’s just a shame however, that these features of the game weren’t simply left alone.

Alone With You is available on PS4 and PS Vita. We reviewed the PS4 version.