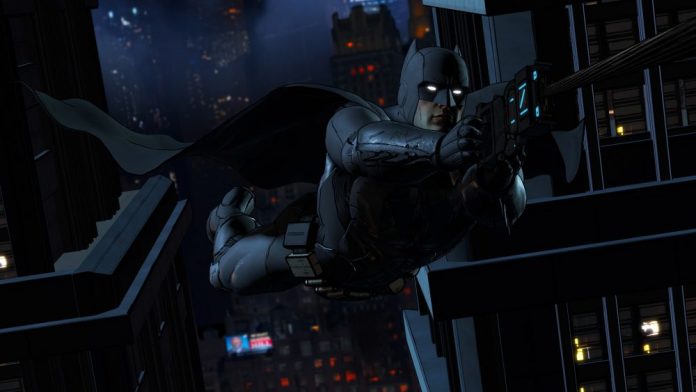 That isn’t to say that I wasn’t disappointed by Minecraft: Story Mode, I was; and that also isn’t to say that I haven’t been pining over every Walking Dead Season 3 detail waiting for its release. What I’m saying is I’m a Telltale fan at my very core and am always willing to give them the benefit of the doubt when they announce a new series. Now, I know next to nothing about Batman lore other than what media has shown me through television shows, movies, and comics. So when Batman: The Telltale Series was announced I was apprehensive to say the least. I wondered what Telltale could gain by creating a story about a man with a creepy husky voice who wears a bat costume at night and beats up bad guys in a city that seems to have an infinite amount of them. All I can say is after playing Batman: Episode 1- Realm of Shadows, I am beyond excited to learn more about the complicated world of Gotham, Bruce Wayne, and the Batman.

Realm of Shadows is the first episode in a five part series. The four episodes to come will be released throughout the rest of 2016 as well as released as a hard disc copy in stores 13 September in North America and 16 September in Europe. Realm of Shadows is currently only available for PC, PS4 and Xbox One but will be released for Xbox 360 and PS3 later this month as well as iOS and Android at the beginning of September. Hopefully this means that Telltale is working extra hard to be sure that Realm of Shadows is as glitch free as possible before releasing it on older consoles, there have been issues in the past with Game of Thrones and Tales from the Borderlands for me on Xbox 360 in particular. Batman: The Telltale Series follows Bruce Wayne as he tries to deal with the choices that he makes as the masked vigilante Batman in his corrupted hometown of Gotham. The government and police force of Gotham is notoriously crooked and it’s up to Bruce by day, with the help of Harvey Dent who is currently running for mayor, to help set the government straight, while Batman sets the criminals of Gotham straight at night.

Batman: The Telltale Series will be story-heavy as with most Telltale Games so without spoiling anything for players all I can really say is that the story for Realm of Shadows will keep fans interested for sure. You’ll see many known characters from the Batman universe including Alfred, Bruce’s butler who is constantly warning him about the consequences of being a vigilante; Oswald Cobblepot, Bruce’s old school friend who has lost his family’s fortune due to Gotham’s backwards government; Selina Kyle also known as Catwoman; and Carmine Falcone, notorious mafia leader. That’s only a few of the familiar Batman characters you’ll meet throughout the first episode. Telltale’s line-up of voice actors for these characters continue to impress as always with Troy Baker (known for his performance as Joel in The Last of Us) as Bruce Wayne, Laura Bailey (known from her work as Fiona in Tales from the Borderlands) as Selina Kyle, and Richard McGonagle (known as the voice of Sully from Uncharted) as Carmine Falcone. Each fantastic voice actor combined with an impressive and thought-provoking script make for one of Telltale’s best stories yet.

The gameplay is pretty much what you can expect from a Telltale game. During times when your character is having conversations with others you are often given four options to choose from in order to respond. The other main gameplay mechanics are quick time events (QTEs) which involve clicking on buttons on your controller or keyboard when you are prompted during combat. What’s different in Batman than in other Telltale games is that the combat (mostly QTEs) is significantly improved. Rather than simply clicking one or two buttons in quick succession or mashing one button repeatedly, Batman features a few brand new type of QTE: clicking a button and a direction in order to aim bat boomerangs and dodge punches during brawls. There is also a brand new mechanic where, during a few slow motion sequences you have to move a cursor quickly into the middle of a circle to try and hit a target at the right moment. The final addition to the combat changes in Batman is the ability to use a “finishing blow” move on your enemies. You’ll notice during combat a Batman symbol slowly filling up the more QTEs that you successively complete. When the meter is full, Batman is able to use a “finishing blow” to finish off his opponents. These little changes really do a lot to improve the smoothness and fun of combat.

Other elements that are unique to Batman is the aspect of investigating crime scenes. There’s a particular moment in Realm of Shadows where Batman must try to figure out what happened during a heist. By moving around the area where the heist happened you are able connect pieces of evidence together in order to solve the mystery – with Alfred whispering in your ear in the entire time, of course. This was definitely an interesting choice and allows the player to feel as though they’re really putting something together rather than having the answer handed to them. Another interesting detail Telltale added for Batman is the ability to access a “codex” when inside the Batcave where you can see information about Gotham’s finest. Information on Lieutenant Gordon, Harvey Dent, Oswald Cobblepot and many more are stored inside the codex which is updated throughout the game after interacting with certain characters. The codex can also be accessed from the main menu. 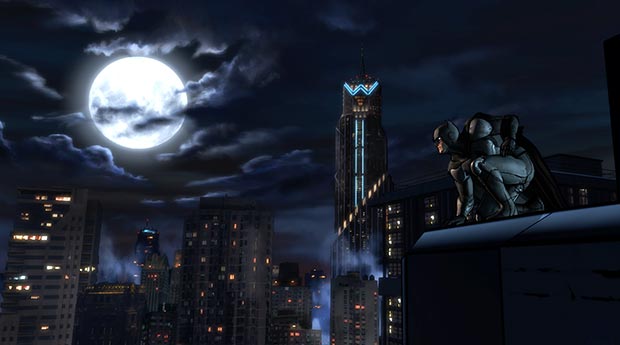 When it comes to the negative things about Batman, they’re pretty much all finicky things that you maybe wouldn’t even notice if you weren’t paying attention. Throughout the game I found that many of the “goons” during combat looked exactly the same. Batman would get attacked by goon #1 whom he would knock down followed by goon #2 who would also get a massive beating and then goon #1 would magically show up again three more times; definitely not the same person but identical to his fellow goons. Unless Gotham is known for its multiple sets of triplets and quadruplets this simply seemed like a lazy choice. Additionally, there were times when my frame rate seemed to drop a bit during moments where there was a lot going on – a lot of moving people or things flying around – again this is just something a little finicky and could simply be just my computer but I felt it important to mention. Other than that, Batman runs much more smoothly than some of the Telltale games before it. If this is the direction that Telltale continues to go I think they’ll soon be known most for their practically flawless games rather than their good but pretty glitchy games.

Overall, it’s easy to say that Batman: The Telltale Series Episode 1- Realm of Shadows is one of Telltale’s best first episodes yet. We’ll have to see if the rest of the series continues to impress but if they follow the lead of Realm of Shadows it’s guaranteed to be a fantastic season. With its improved combat, talented voice actors, and intriguing story Batman is a significant improvement on previous Telltale games, not that they weren’t wonderful, and fans of Batman and Telltale games alike should definitely give it chance. Who will your Batman be? The terrifying Gotham vigilante, or Gotham’s much needed crime fighter and hero? I recommend picking it up to find out!

Batman: The Telltale Series is available on PC, PS4, Xbox One, PS3 and Xbox 360. We reviewed the PC version.