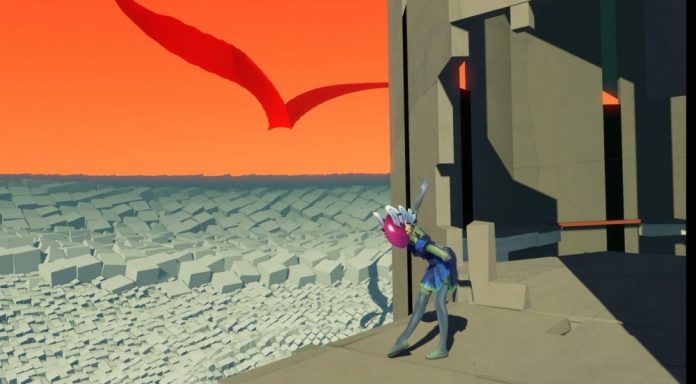 Exploration games tend to walk a fine line between being labelled as games or as experiences.

These kinds of games often feature simple gameplay mechanics as a means to convey an overarching narrative. As seen in Thatgamecompany’s 2012 game Journey, these narratives are often extremely intimate and effective at evoking emotional responses within the player. Plastic Studios, a developer made up of a dozen people and responsible for 2012’s Datura, follows in the same vein as Journey by releasing Bound. Complete with platforming elements and a personal narrative, is Bound inventive enough to stand out from the crowd of exploration games?

A young dancing princess, driven to please her mother and queen, is tasked with eliminating a threat to the kingdom known simply as “the monster”. As in other narrative-driven exploration games like Journey and the more-recent Abzu, the story unfolds in cryptic bite-sized pieces, offering just enough context to form your own interpretations. In fact, forming your own interpretations is an integral part of Bound’s narrative delivery; multiple story segments are available for the player to choose from, and the order in which these segments are played is left up to the player. The order in which the player chooses these segments also slightly influences later sections, based on which events have already unfolded. This interesting style of delivery can result in different players forming completely different interpretations on the overall story – this could even lead to differing levels of satisfaction with the game’s story. In my second playthrough, I went out of my way to choose a new sequence of events and I found the game’s ending to feel much more abrupt than in my first playthrough. In the game’s defence, however, I derived a great deal more meaning after examining important (yet obscure) plot points for a second time.

Playing as the princess feels wondrous, as every move she makes is an elegantly choreographed dance move. Thanks to fantastic motion capture of a professional dancer, each step, jump and roll is absolutely fascinating to watch. Walking across tiny ledges or gracefully sliding down ribbons feels more like watching a performance than exercising video game mechanics.

The beauty in Bound is even more prevalent in its visuals – it is digital artwork at its finest. It is honestly some of the most unique and beautiful artwork I have ever seen in a video game, and Plastic should absolutely be commended for their efforts. Polygons appear to form paths and objects as the player progresses, slowly building the world as needed. At any given moment, looking out into the distance highlights an endless flowing sea of polygons that stretch all the way to the horizon. Shadow effects and colours do a fantastic job of further conveying the enigmatic mystery that other aspects of the game also strive to express. 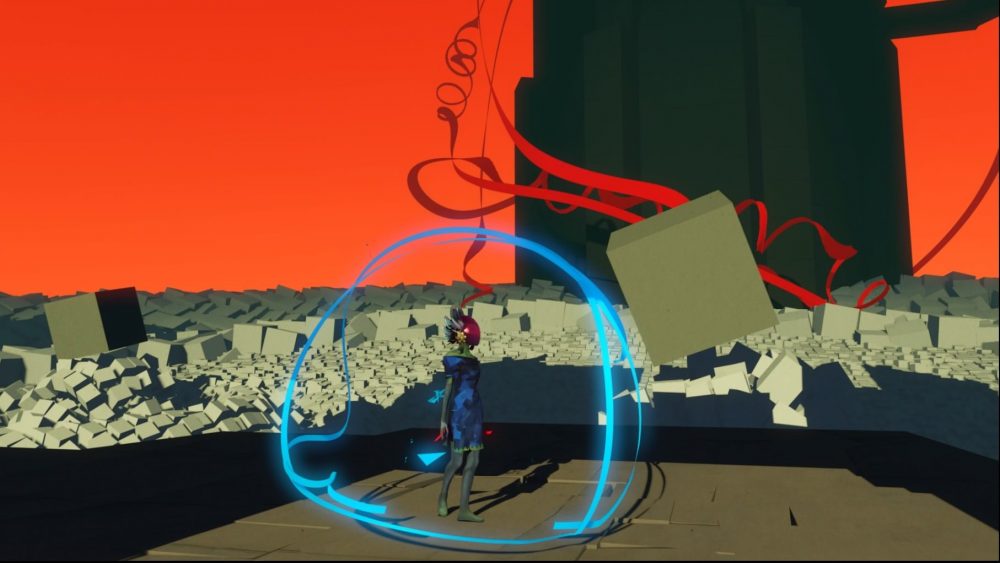 Themes and emotions are conveyed further by the game’s excellent musical score. Sometimes cold and mysterious and other times intense, soft, elegant piano and powerful electronic melodies masterfully encapsulate the feelings conveyed within Bound’s vast, unusual world. I ended up pausing the game after around 20 minutes to go find some headphones, and I heartily recommend that other players do the same. The more I managed to immerse myself in the sounds of the game world, the more I felt like all of the game’s pieces gracefully fell into place.

Wonderful visuals and music aside, where Bound starts to show its weakness is in its gameplay. Platforming is sometimes sloppy due to loose controls, resulting in the occasional plummet downward to your death. Mind you, in a game where death results in returning to the spot you were at before falling, missing the odd platform feels inconsequential. Most platforming sections are limited to jumping between surfaces or interpreting and overcoming some very simple navigational puzzles. A little bit more of a challenge or some more complex puzzles could have helped make the whole experience last a bit longer, possibly satisfying those who feel that two hours is a bit short for the price tag. On top of that, it could have provided a way to challenge players and use fragments of the story as rewards for overcoming more challenging obstacles. Instead, gameplay often feels too underdeveloped.

As the princess gracefully flows from platform to platform, I found that the camera can occasionally struggle to match her pace. To compensate for this, polygons from the walls and flooring may vanish to make the princess visible for the player. This is a nice way to combat camera issues, but even then, it becomes frustrating when the fluidity of movement and exploration is completely halted to regain your bearings.

Completing the game unlocks a speed run mode and the ability to play through the game using a variety of different visual filters. At first I wondered why a speed run mode would be available in an exploration game, but the game’s design – allowing the player to choose the order in which story segments take place – is a clever way to grab the interest of speed runners. Though it isn’t one of my interests, I can certainly see players experimenting to try and find the fastest possible order of events. It’s just a shame that the platforming elements are lackluster and unlikely to motivate someone to replay the level.

Bound is a game that addresses an audience wanting to engage with, and reflect on, their games. Those looking for a passive experience might find the themes a bit heavy-handed. On the other hand, its gorgeous, compelling world is nothing short of captivating and the lovely soundtrack kept me thoroughly engaged and invested. While it may feel a bit too brief and its gameplay elements are largely underwhelming, Bound’s charming and intelligent story allow it to overcome its flaws in design and remain a satisfying and captivating experience.

Bound is available on PS4.