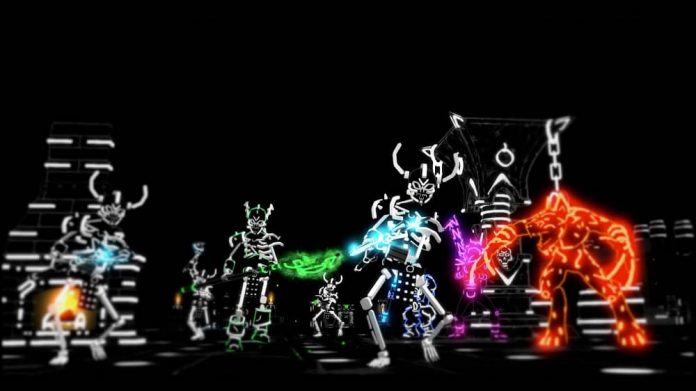 Charge through procedurally generated dungeons while fighting off monsters, crafting items, and mixing potions. Fast-paced action, skill variation, and weapon enhancements make each adventure different and unique. Pick your character and dive in.

Generally, dungeon crawlers meld RPG and roguelike functions to create endless variety and gameplay. [email protected] functions in a slightly different manner: it is a rogue-lite dungeon crawler, in the same vein as Binding of Isaac. Roguelike, generally, refers to a game with endless procedurally generated levels while rogue-lites function the same way but have an ‘end’, a final boss. [email protected] takes the old-school inspirations, blends it with new art styles, and creates a vibrant world of exploration and discovery. Pick from four character classes, jump in, and do your best to survive 26 procedurally-generated levels. Craft weapons, find armor, and eat some dungeon pizza. The gameplay is easy to grasp, and not entirely difficult to master. Though not bursting at the seams with content, what is there is enjoyable. While not an entirely new take on the genre, it’s a overall sound addition to the catalog.

There isn’t much mystery as to what your goal is here. First things first, you select one of four available classes: Warrior, Amazon, Ranger, and Mage. Each class starts with a different set of skills from the tree already unlocked, like the Mage being capable of spell casting and the Warrior capable of wielding large axes and hammers. While initially all characters start off using only bare fists, as you level up and begin crafting weapons, the build you create will become more personal and unique. How you assign your skill points determines how you will combat enemies and what your most optimal weapon setup will be. While each character has some passive abilities that make them better suited for one thing or the other, or start with an ability high up the skill tree, the lack of individual skill trees for each character is somewhat of a letdown. 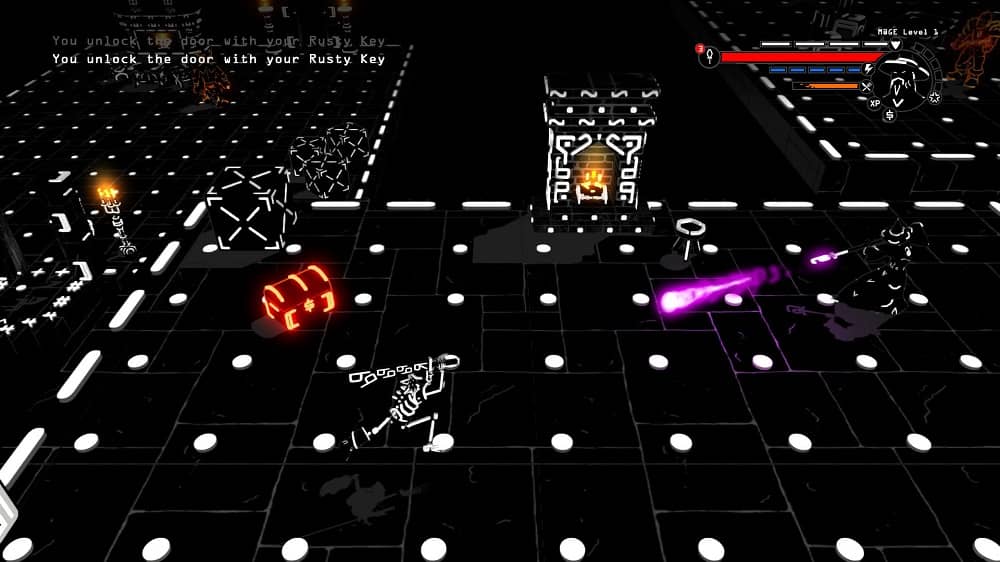 When it comes to combat, the learning curve (if you can say there is one) is very manageable. Simple button combos and a dodge system comprise your basics for combat. You can craft assorted weapons like wands, glaives, axes, bows, etc. Each weapon has a skill attached to it that must be unlocked to wield it. Along with that, weapons can be enchanted with elemental powers like fire, poison, and ice. Though it costs a skill point, it is highly recommended. Finding the weapon that suits you best and assigning the skills to complement them, like advanced abilities such as ground pounds and charge attacks, makes the trudge through the dungeon much more doable. Enemy encounters range from monotonous to hectic, and the fighting gets less stagnant the deeper you go. Skeletons and zombies are replaced by armor plated orcs, nymphs that steal your weapons, and giant spiders and minotaurs.

To craft a weapon you need a codex, which tells you which letters you need throughout the dungeon to build it. It is a wonderful ode to ASCII games; and the animation of the weapons being crafted is just plain cool. You can also find colored letters that enable enchantments, as well. These letters can lurk within the most inconspicuous parts of the map, so break everything! You get XP for it too! One of the finer aspects of [email protected] is potion making. Find a bottle and the proper ingredients, then mix a potion. However, the color potion you choose changes its properties every time you start a new run. To test them, you either drink them or throw them at an enemy. The potions can help you or seriously hurt you, but I choose to drink them all… every time; that game of Russian Roulette is too fun to pass up.

Apart from single-player, [email protected] also offers local co-op and dungeon creator modes. The local co-op (no online play) plays just like the single-player. The screen is not split in any way, which helps immensely in this type of game by keeping the two players on the same, uncut screen. Having a buddy definitely keeps the experience fresh and opens up more options for combat situations. Balancing your characters’ skill sets and weapon choices (i.e. one bow and one axe) increases your chances of survival. What is great about [email protected] though is that it has a dungeon creator. Here, you can meticulously craft your own diabolical, trap-laden dungeon for friends and those around the world to enjoy alike. You either pick a random floor layout and manually add enemy placements, spawn points, weapons etc., or you build every little part. As long as you beat it, the world can play it. 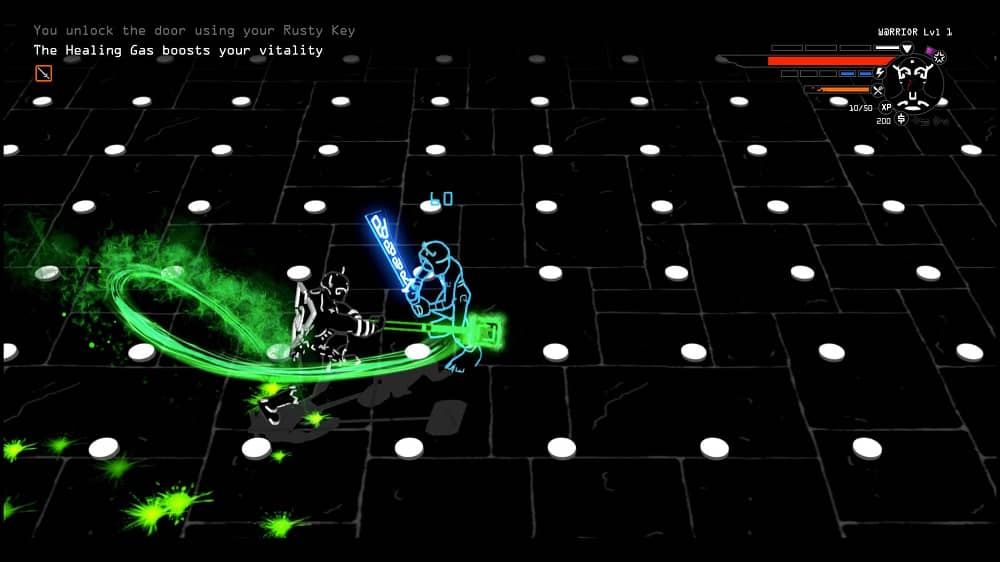 [email protected] is a fantastic honouring of the classic ASCII dungeon crawlers of old, and to the genre on a whole. It is rendered beautifully and has great sound and music to back up the atmosphere it creates. While the content department isn’t overflowing, the game doesn’t lack allure. It is sharp, clean, and a great bit of fun with a friend. Allowing your creative freedom to roam free with dungeon creator is nice, too. It may not constantly beckon you back, but when you do dive in you’ll realise it is one of the better dungeon crawlers out right now. It’s bursting at the seems with love for this genre, and some of that might just rub off on you after a while.

[email protected] is available on PS4.