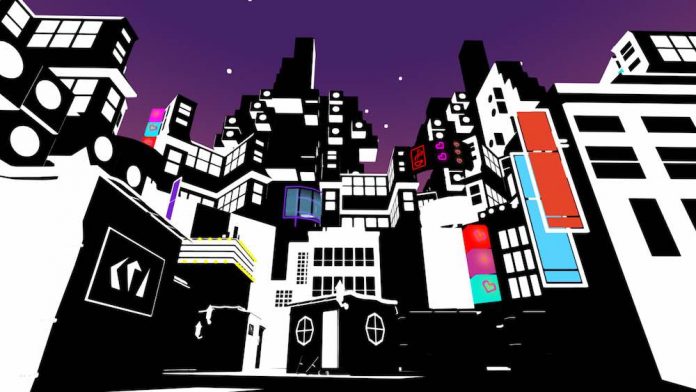 Chambara harbors back to a time where multiplayer actually required human contact. In the basement, on the couch, with some rootbeer and all the packets of chips. Just me, Mickey, Johnny and Ed, smashing each other on the N64.

Available for $9.99 on the PlayStation 4, Chambara combines colour-coded stealth and arena combat. Offering no single-player or online options, team ok’s love letter to the 90s yearns for the day when couch co-op reigned supreme. Despite the relatively low price, anyone unsure whether they’d be able to put together a LAN party should probably search elsewhere.

The gameplay of Chambara is relatively straightforward. After selecting an arena, up to four players take part in a five-round battle to the death. Stealth is the word of the day, with the design of the stages allowing for players to blend within the environment. Everyone is equal while in the arena; equipped with just a shuriken and hitting stick (more on that later), patience and pinpoint timing is the only way to victory.

Even prior to launching a match, the visual presentation of Chambara commands your attention. Tieing in with the gameplay, the contrasting colours create a mesmerising and, sometimes, off-putting environment. These colour schemes blend into the landscape and are not designed only for eye candy; the use of colour is a key factor in Chambara‘s gameplay. 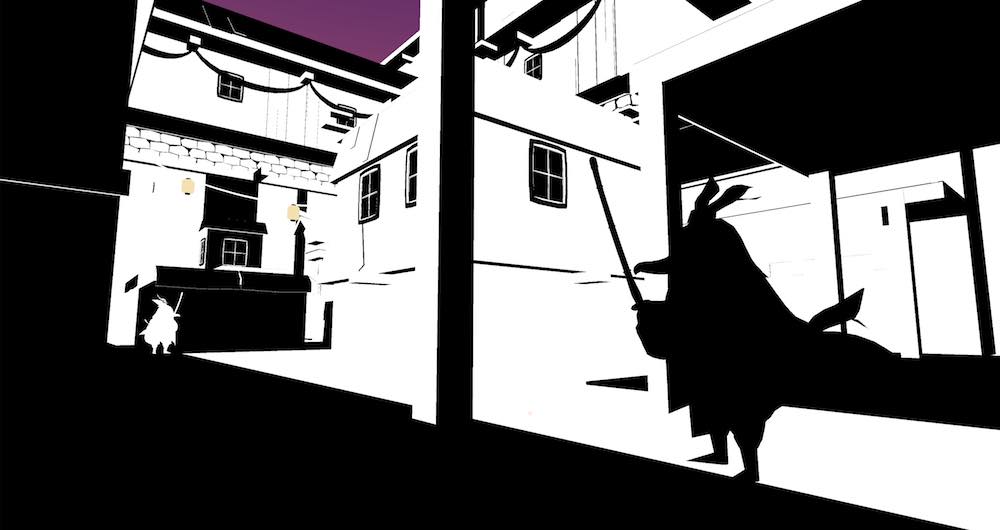 The character designs are cleverly matched to the environmental colour schemes, too. Players will be shaded in one of the dominating colours of that particular arena (often black and white). Stepping into one of those zones turns your character nearly invisible, synchronising with the background. Step out of your safe zone and into your opponent’s area and the contrast in colour will make you entirely vulnerable.

Gameplay wise, Chambara gives you a limited amount of tools to use, but it feels enough. Inspired by all of the greatest anime ninjas, wall-jumping (double X) is important to traverse each area. You can draw and fire your shuriken (which can be picked up again) and whack your friends on the head with the stick. There’s also a dash attack, with a very slight cooldown, and the ability to squint or close your eyes entirely. While closed, you gain complete invisibility if within your color scheme, but obviously hamper your own vision as a trade-off.

Although Chambara offers a range of customisation options (hats, weapons, and blood), they are merely cosmetic. A sword and swordfish feel and play exactly the same way. On one hand, this creates consistently-balanced battles where tactics and skill are the focus, but it means that boredom can set in very quickly. Even with a never-ending stream of friends and beer, Chambara‘s lack of variety fairly quickly weighs it down to the point of surrender.  Actually, its lack of content almost makes Chambara seem like a concept demo. Aside from a quick tutorial that feels ripped out of Smash Bros., a versus mode is all players get. You can create your own playlist of levels to be played through, or you can select an instant mode, which launches you straight into a level of the game’s choosing. And that’s it. No pretence of a single-player, falling short of other popular modern couch co-ops like Towerfall.

Team ok’s first project delivers enjoyable gameplay, intelligent visuals and quite a bit of flare; there’s no denying the unique and stylish design choices at play here. Nine unique stages and a range of amusing cosmetic choices manage to hold back the tedium for awhile, but the lack of depth eventually catches up to Chambara, leaving it out in the cold. Players planning a night with friends lusting for something new to play might see this as a reasonable one-time substitute, but don’t expect to get anything out of it the next morning.

Chambara is available on PS4.