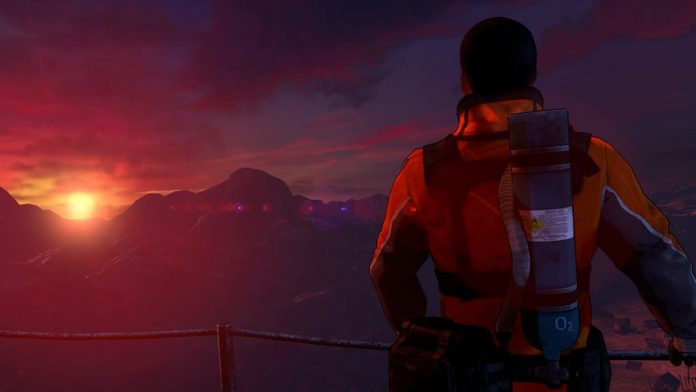 The first two episodes of The Descendant series were particularly impressive.

They both told a fantastic story of a unique post-apocalyptic world with even more unique characters living in it. With two interchanging stories, The Descendant episodes one and two allowed the player a look into the life of Ark-01 – safe buildings that protect those chosen to live on Earth after its initial destruction – during its past. Fortunately, these interweaving stories continue in episode 3, What Lies Beneath, by revealing even more about what really happened to the descendants in Ark-01. Unfortunately, episode 3 is lacking in what was great about the first two; the voice actors have changed, there’s less focus on story, and there was just some generally bad choices made for this episode making it the most disappointing of the series so far.

The Descendant: Episode 3 – What Lies Beneath starts where it left off in episode two with Mia and Silas, janitors for Ark-01, trying to do whatever it takes to keep the descendants under their care alive. At the beginning of this episode Mia is badly hurt after her fall in episode two and Silas is trying desperately to keep her alive. In the present day, Donnie and Randolph who were sent to see why the descendants from Ark-01 were never woken up are trying to find out whether or not there are any survivors. Episode 3 has a few twists and turns when it comes to story, a couple of pretty big plot twists to be sure, but that’s about all there is to enjoy about this episode. Something seemingly went wrong with Gaming Corps this episode when they decided to focus more on puzzles then on the story. It makes for a dry, slow, and simply boring experience.

The first noticeable difference in What Lies Beneath is the change of voice actors for not just the minor characters in the game but every main character as well. It’s understandable that one actor may change due to unpreventable circumstances, which happens in television shows all the time, but to change every single actor halfway through the season seemed a very strange choice especially considering that the current voice actors are no better than the previous ones. In fact, many of the scenes in episode three felt extremely over acted whereas the first two episodes were under acted. The Descendant could really do with a happy medium when it comes how the scenes in the game are directed. Due to the change in actors, the personalities for the characters felt as though they were changed as well. Donnie felt as though he went from an apprehensive, curious character to someone only used for their awkward one-liners. Silas goes from an awkward, unconfident janitor to a hyperactive crazy person. If these personality changes were purposeful to make the characters more interesting there could have been a smoother way to do so, but really feel as though they come from nowhere. 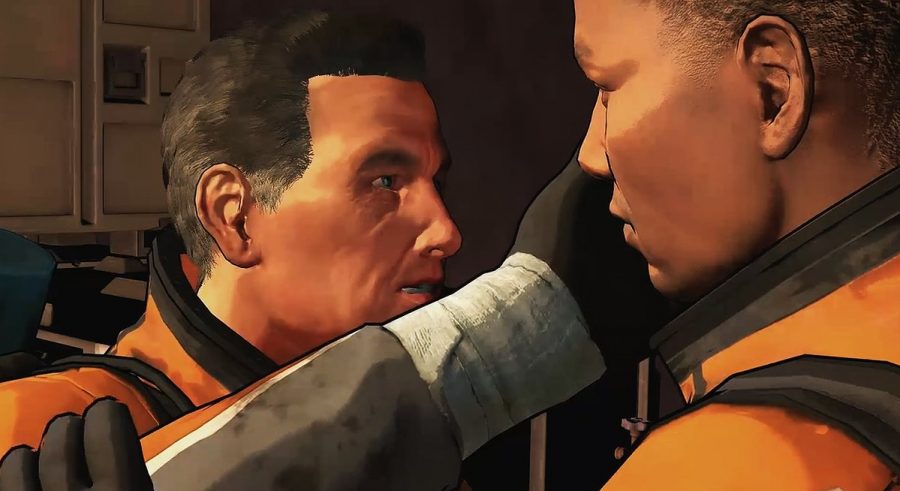 When it comes to actual gameplay much less of episode three was focused on story and character interactions and more on puzzles and exploring Ark-01. When I say “exploring”, I mostly mean mindless wandering. During a particular part of What Lies Beneath Donnie must upgrade a janitor keycard that will give him access to a particular floor in the Ark. In order to do this, the player must go to different rooms in the Ark and solve puzzles to get the upgrade they need. Unfortunately, the look of the Ark is pretty repetitive and I found myself going around in circles more than once despite having a map to guide me. Once arriving at the puzzle there wasn’t a lot of instruction given on how to solve it and therefore took a painfully long time. It was disappointing having to spend so much time trying to solve puzzles when all I wanted was to know more about what was going on in the story.

What The Descendant did well in episode one and two is what it continues to do well in episode three – its storytelling. The Descendant managed to create an immersive world in the first two episodes of its season and, what little story is given is episode three, is just as entertaining. With Mia incapacitated, Silas must deal with the voices inside his head trying to convince him that what he’s doing is right despite not really believing it. Donnie and Randolph, on the other hand, have to try and deal with their differences when Donnie finds out that Randolph didn’t choose Donnie to go on this mission for the original reasons that he said. Although not much really happened in What Lies Beneath I’m invested enough in The Descendant’s story that I do still look forward to episode four.

I’m not sure I agree with many of the changes that were made for The Descendant: Episode 3 and hope that episode 4 will try to go back to focusing more on the story which is where the game is at its strongest. What Lies Beneath features frustrating puzzles, confusing voice actor swaps, and all around unnecessary changes – but still manages to squeeze in a bit of interesting storytelling. With any luck Gaming Corps will realise that The Descendant’s fantastic story is enough to carry it without needing any extra add-ons. Fans of the series want to know what happens to their favourite characters not how the computer system of the Ark works. Here’s hoping episode four improves enough from here to keep us all hooked.