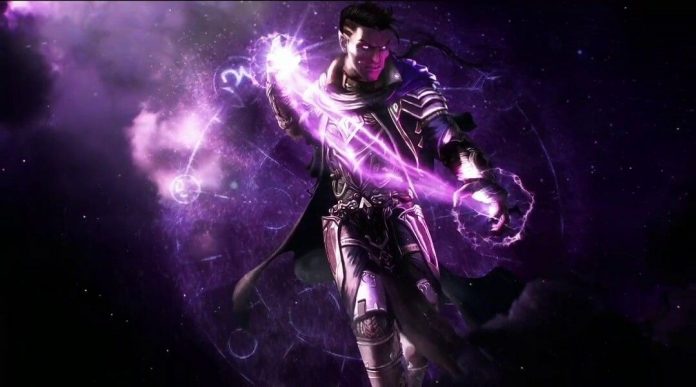 At Bethesda’s 2015 Electronic Entertainment Expo conference, it was announced that they would be publishing a collectible card game created by Dire Wolf Digital. Fans were skeptical; would a company renowned for their fantasy RPGs be any good at making a card game? Did we need this? Did we want this?

The Elder Scrolls: Legends is scheduled for release this year, but it has already made waves with Beta testers since April. On 4 August the game officially entered its open beta phase, and now it’s all over websites and YouTube as everyone rushes to find out what Bethesda have produced. I was lucky enough to be sent the game a little earlier so I’ve had a few days to correlate my thoughts and feelings together.

The first thing to note is that the game relies heavily on Elder Scrolls Lore, so anyone that has never played one of Bethesda’s most famous game series may have some catching up to do. The opening cinematic is one I’ve watched a hundred times in the lead up to the Beta release – a few minutes of a man, woman, and Khajiit having a discussion about a forgotten hero in Tamriel, with flashbacks going all the way back to when the High Elves formed the Aldermeri Dominion and decided to take over Cyrodil, causing the Emperor to flee. Pretty heavy stuff so far, right? 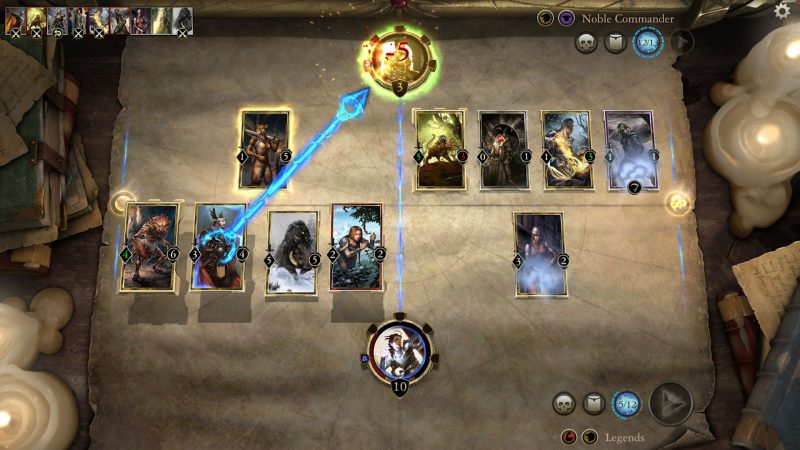 We are then transported to a fighting ring, where we begin the tutorial. The tutorial is ideal for anyone starting out, but for anyone who has ever played Hearthstone the tutorial is a fairly long slog to get through. Each stage we learn about a new feature in the game through a brief and slightly disjointed story of our travels across Tamriel. The idea, I believe, is that the card games are in place of an actual fighting mechanic.

The second, most obvious point is that, yes, the game is very, very similar to Blizzard’s Hearthstone. The basic game, the board, the magika, the life points, the set up… it is all incredibly Hearthstone-y. For the first three quarters of the tutorial I found myself trying very hard not to compare the two, as so many of the mechanics were reminiscent,

However, further on into the actual game, beyond the tutorials and basic “story”, the game comes into its own and suddenly very subtle elements shine through to make The Elder Scrolls: Legends a much more unique game.

For instance, each player has 30 life, but both also have runes around their icon. Every time a player loses five points of life, they lose a rune. At first I found the runes pointless, but as my deck improved and I began to master the basic game the runes became vital. This unusual feat gives players a chance to come back from near-defeat, and it creates a completely new way to strategise in a CCG.

In addition to this, elements like card upgrades can be really useful when building a deck, as a weak card can become your strongest in one reward. In fact, I would say the Elder Scrolls cards are even more interesting than Hearthstone cards. When Hearthstone relies on characters for their cards, The Elder Scrolls: Legends has really taken things like weapons and classes into account so that players can mould their decks to suit their race, in addition to having hundreds of ways to tackle a battle. I look forward to seeing some of those ways as people progress. 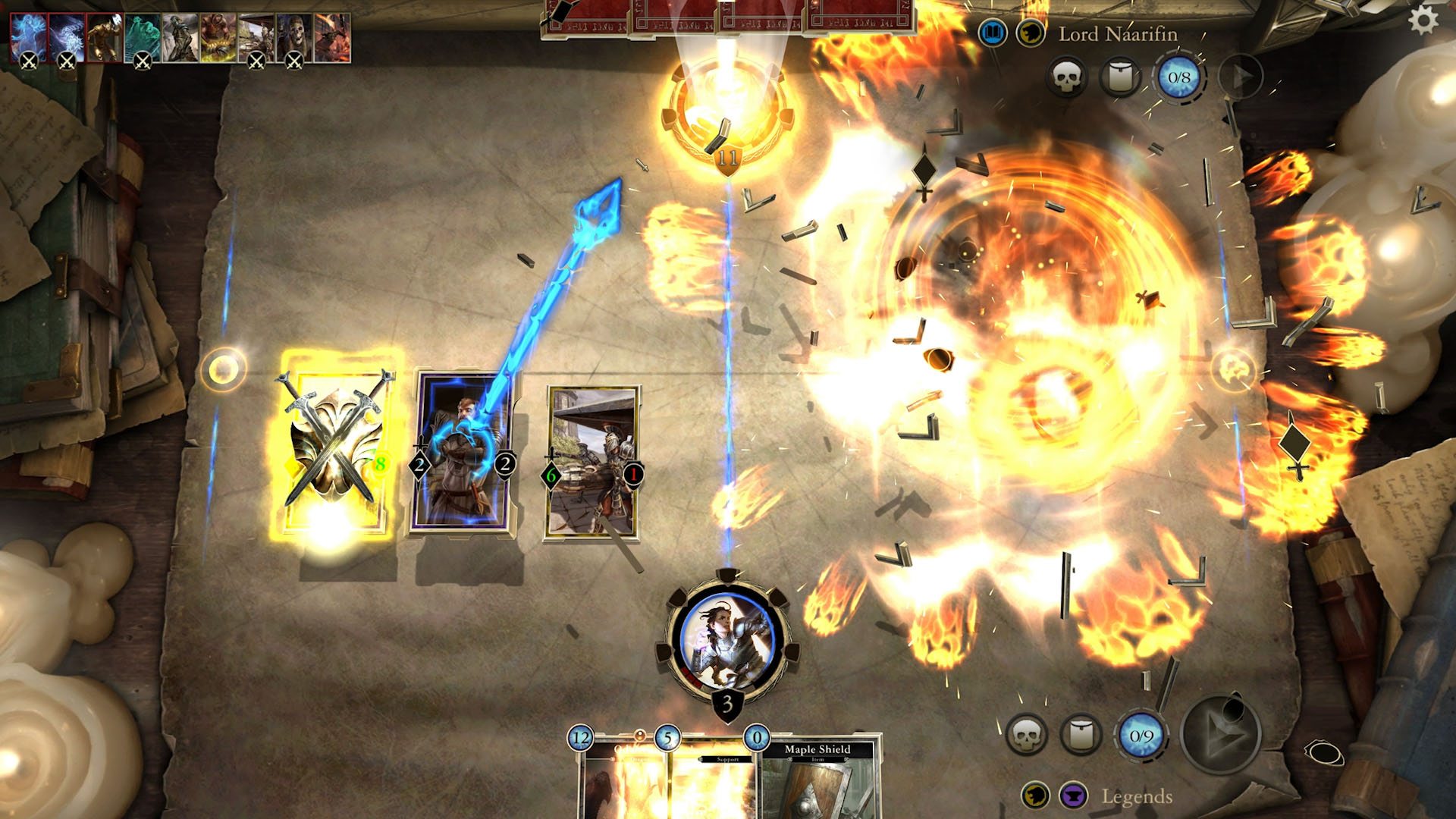 I’d also like to mention the general “feel” of the game. I thought the cinematic style was a bit too basic, looking more like a cheap knock-off version than a proper Elder Scrolls scene, however the cards and icons all have great details, and the board suits the atmosphere perfectly – especially with the addition of the glowing blue runes in each lane. It definitely looks like an Elder Scrolls game, although I do hope in the full version they fix the fonts on the cards. A very small qualm, but the simple Arial words just don’t fit in with the rest of the aesthetic.

People are already requesting for the soundtrack to be released (I’m sure it will, knowing Bethesda) as it is highly reminiscent of the other games; soaring strings and epic battle drums.

I felt like I would always be biased going in, but I really had to learn to love The Elder Scrolls: Legends. It takes time to ease into, but once you have it is incredibly rewarding. Have no fear, for Legends is not just a Hearthstone or Magic the Gathering rip off; in fact, it is the perfect amalgamation of the two. Bethesda and Dire Wolf Digital have truly created an easy to learn, fun, card game, that can also be played by hardcore lore fans, seasoned CCG gamers, and card game experts alike. 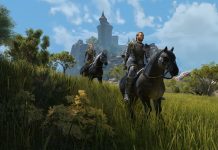