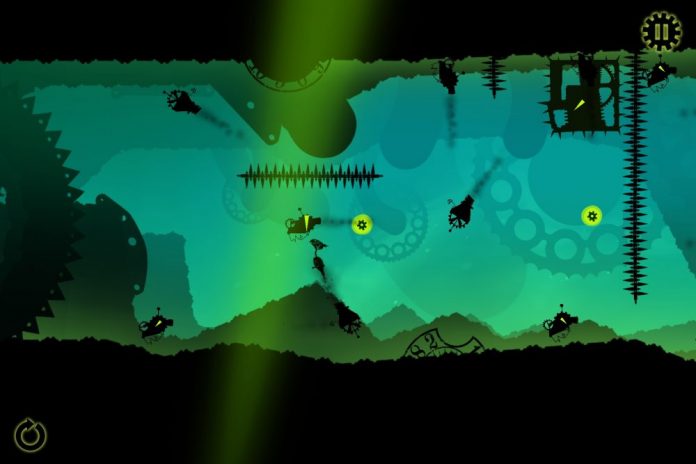 It seems as if games these days all need to have a profound or over-the-top name to garner consumer interest.

I can imagine groups of developers sitting in rectangular rooms around an oval table, brainstorming names for their next great product. Allow me to propose a counter-argument: sometimes, the name for a game need not be extravagant. One such case is with developer iFun4all’s puzzle game Green Game: TimeSwapper, released on iOS, PC and PlayStation Vita. Yes, that’s actually the name of the game. Unoriginal? Perhaps. Fitting? I think so. Nevertheless, rest assured: the game is very green and it does, in fact, include time swapping.

Name debates aside, Green Game: Time Swapper has a relatively simple premise: in a brief introductory cutscene, a scientist performs experiments on a bird, giving it the ability to shift between three different time phases – past, present and future. And that’s about it. Following this, you receive access to the first of 50 levels where you are tasked with guiding the bird’s flight from one cage to another. Each level contains three medallions that the player can choose to acquire if they desire the full completion of each level. Think mobile games in this regard, as it’s the same premise. Three medals in a level earns you three stars.

Navigating each level is not as simple as letting the bird fly from one side to the other, however. Deadly obstacles lie in wait for your bird’s approach, and so you must manipulate the environment to allow for safe passage. As previously mentioned, the bird has the ability to shift between three different times. Using the left and right arrow keys (or by swiping on a touch screen), the player shifts between these different times. Which time you are currently in is marked by a beam of light shining in the foreground of the screen. By swapping between times, gears move in the background and trigger changes in the environment. Valves capable of changing your bird’s direction may turn on or off, or even rotate. Small diagrams on each object indicate which of the three times will cause the object to become active. Recognizing which objects to activate, and when to activate them, is essential to reaching each level’s end. 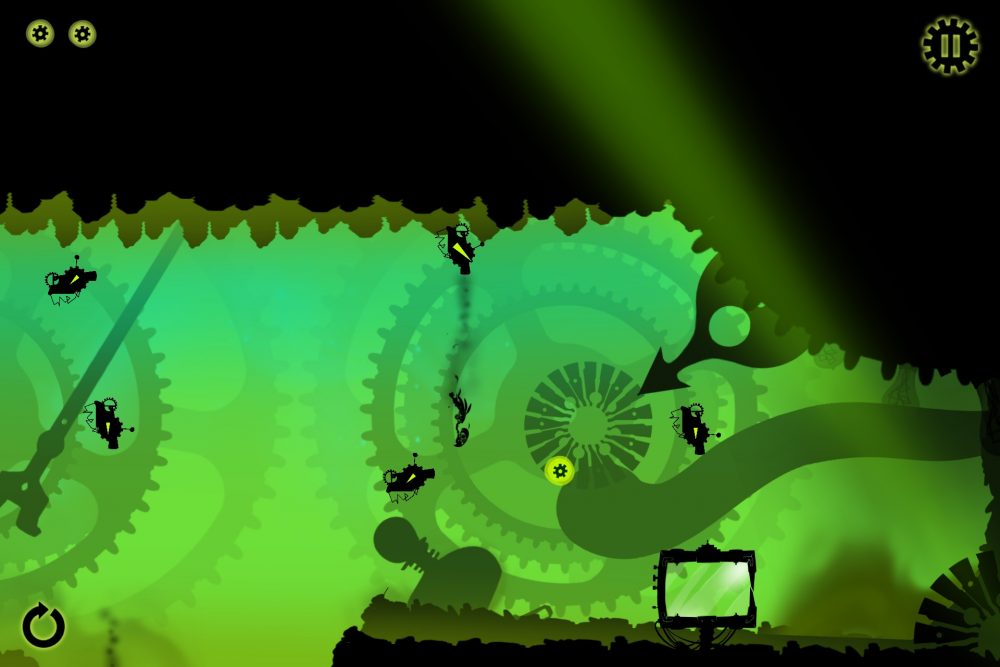 Later levels introduce small additions to the gameplay, such as the ability to make some barriers disappear or items that temporarily slow down the bird’s movement. That being said, gameplay never strays beyond swapping between different times and doing so with proper timing. This may grow tiresome quickly for some, but thankfully the game doesn’t overstay its welcome. All 50 levels can easily be completed within two hours, adding a bit more time to backtrack and collect any medallions that you miss along the way. Most levels provide a reasonable amount of challenge for this sort of game without ever feeling overwhelming. Even then, it would have been refreshing to introduce some new mechanics and eliminate some of the tedium caused by repetition. It also doesn’t help that these mechanics – and these kinds of games, for that matter – are quite common. Green Game: TimeSwapper fails to introduce anything new, in terms of gameplay, to help differentiate itself from being just another generic puzzle game.

We’ve talked about the time swapping; now it’s time to talk about the green. While objects and walls are mostly black, all other aspects of the environment sport a variety of shades of green. Unfortunately, this results in levels that initially appear very similar to one another, excluding the different obstacles that form the puzzles. I almost found it tiresome to look at similar shades of the same colour throughout my entire play session. That aside, levels feature simple environments that do not detract from the player’s focus on the obstacles. This is a solid design choice, as too much happening in the background would undoubtedly distract the player in some moments where quick reflexes are, undoubtedly, a necessity. 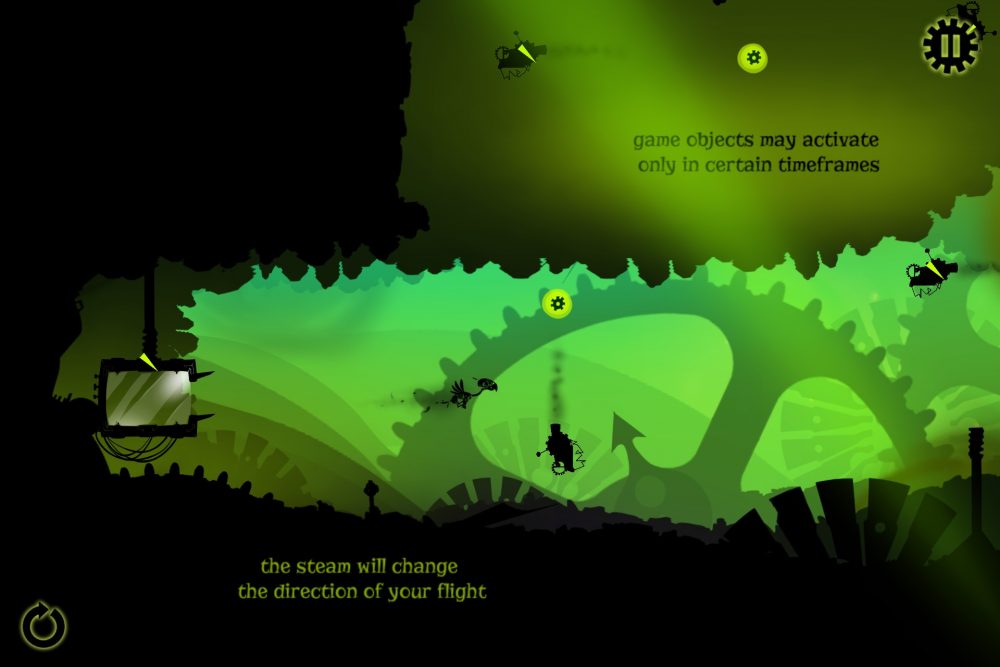 The music in Green Game: TimeSwapper features a unique and charming blend of soul and jazz, though the entire soundtrack is limited to only a few different tracks. While disappointingly few, the songs available provide the mechanised, gear-infested world with a stylish atmosphere. Although the music is one of the highlights of the game, by far, I found myself longing for another track or two just to help alleviate some of the repetition.

It doesn’t last for long, but Green Game: TimeSwapper still often feels about as original as its name. Sure, the music and environments provide it with a unique style, but the lack of variety hurt the overall package. In terms of gameplay, the game performs well at what it sets out to accomplish. However, there are no new mechanics introduced to make Green Game stand out from the abundance of like-minded puzzle games.

Green Game: TimeSwapper is available on PS Vita  and PC. We reviewed the PC version.