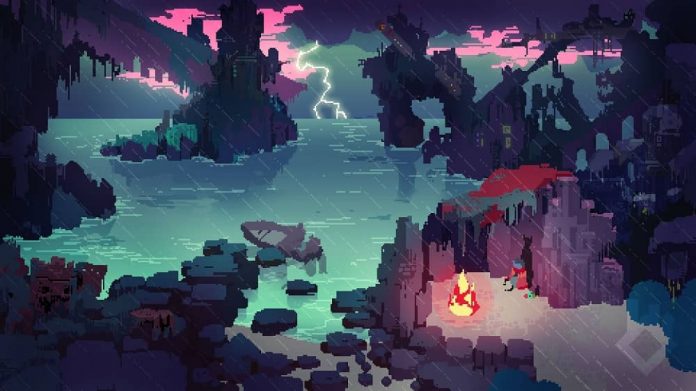 Ever played a game that you really want to like but it just shuns your affections? For me, Hyper Light Drifter is one such game, but instead of only simply avoiding my love it reciprocates by kicking me in the face repeatedly, leaving nothing but a bloody mess. Not fun, as you can imagine.

A straight port of the PC release from earlier this year without any additional bells or whistles, Hyper Light Drifter grabs you instantly with its mysterious intro. A combination of striking pixel art and atmospheric yet undeniably retro music sets the scene before letting you loose in what appears to be a post-apocalyptic world, confused and badly wounded. At this point the game has you mesmerised – its wonderfully unique audio and visuals melding with an alluring sense of the unknown to grip you to the edge of your seat – but unfortunately things fall apart rather quickly once you start playing.

With a fairly open world and little to no explanation as to what is going on in it, Hyper Light Drifter instantly gives off a Dark Souls vibe that is initially quite appealing. You tentatively explore new areas, making use of the enjoyable warping dash mechanic to reach platforms and cover small gaps. You interact with strangers and discover landmarks, planting thoughts and theories in your head about the world around you and how you need to proceed. All the while, you have to take on a whole horde of foes in brutal and unforgiving combat. 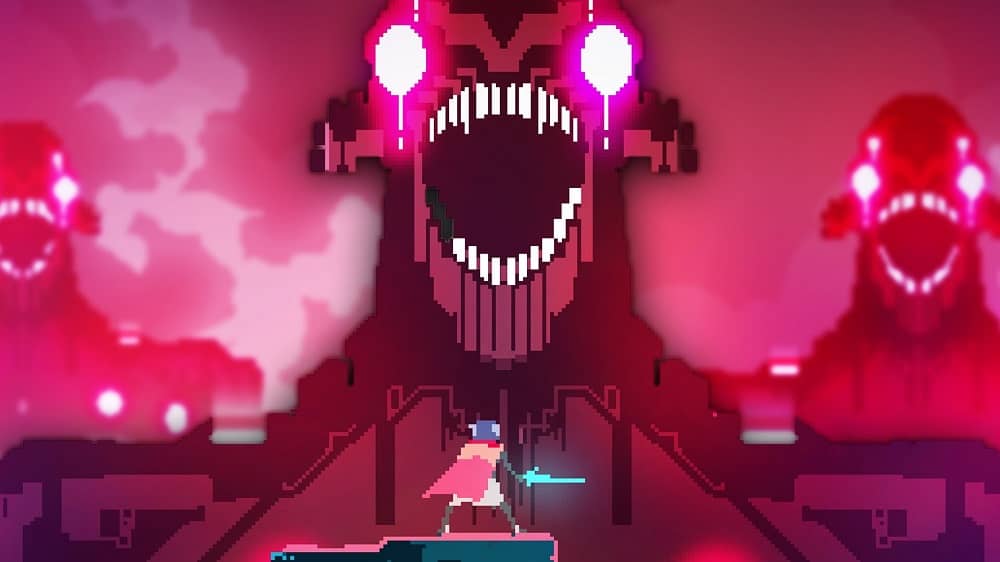 The trouble with Hyper Light Drifter is that it’s frequently just too obscure and too difficult to truly enjoy. With only the bare minimum of menus actually in English and nothing really explained to you past using health kits, you’ll spend the first hour or so of the game absolutely bewildered with the interactions you make with the world. Eventually you’ll figure out what the items you’re collecting do and where and how you buy upgrades and new items, but it just feels like it’s being vague to the point of excess. Combat, on the other hand, can only be described as basic and messy. With such a small pool of health, irritating enemy AI and few attack options, combat never feels entirely fulfilling, especially when you’re attempting the same battle for the umpteenth time because of the frequent difficulty spikes.

You’ll be thankful for the times that you’re free to explore and engage with enemies on your own terms, dashing to dodge attacks before moving in to dispatch your foes with some frenzied slashes of your sword, because all too often your adventuring is blocked as you step into an arena; your only means of escape to defeat all the enemies that spawn before you. There are enemies that throw projectiles, enemies that charge at you and even enemies that explode when defeated. It all makes for a chaotic affair in which sometimes it’s hard to keep track of your character let alone avoid damage. You can make things a little easier for yourself by using your gun to attack from a distance, but it can be fiddly to aim accurately and your limited bullet count can only be recharged by moving in close to land a flurry of melee attacks.

Things undoubtedly get better as you accustom yourself to Hyper Light Drifter’s fast and furious combat, but your hard work often feels like it’s all for naught. A strong performance in battle, for instance, can often be ruined in an instant by being hit once; your character suffering subsequent unavoidable damage as they are left reeling. It’s an issue exacerbated by the fact that the hectic nature of combat can also make healing yourself problematic, requiring you to stand still momentarily while enemies and projectiles dart around you. In a tense and methodical game like Dark Souls, finding time to drink from an Estus Flask to heal feels like an important strategic move, but the second or so that you remain motionless when healing in Hyper Light Drifter doesn’t sit well with its frenzied pace. Thankfully checkpoints are rather plentiful, meaning those with patience, dedication and a great deal of skill will be able to step up to the challenge, but for most players dying, dying and then dying again will become the norm and just cause huge amounts of frustration, sapping any enjoyment out of the experience. 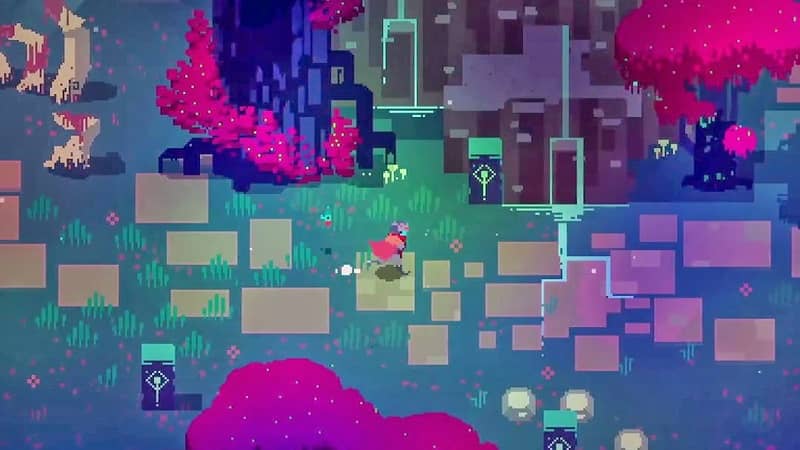 Unlike Dark Souls there’s not much you can do to make Hyper Light Drifter easier for yourself either. There’s no magic or levelling up; no items to equip to boost your stats. You do however increase your arsenal a little as you proceed, and those who explore diligently can acquire a collectable that acts as a form of currency, allowing you to upgrade your character’s health pack capacity as well as purchase a small amount of new moves and items such a handy bomb. The rate at which you acquire these upgrades is rather slow due to the scarcity of the said valuable collectable, and you never feel substantially more capable once they have been purchased, but they do at least offer some form of character progression.

To sum things up then, it’s obvious that there’s a gem of a game hidden under Hyper Light Drifter’s harsh exterior that no doubt some players will cherish, but for most it’ll just be a soul-crushing experience that will suck them in before chewing them up and spitting them out, repeatedly. That said, issues with the game’s ambiguity and unforgiving combat will likely be easily (though probably not deservedly) forgiven by those who have lapped up FromSoftware’s various Souls games and seek perhaps an even greater challenge, but everyone else is probably better off thinking twice before stepping up to the task.

Hyper Light Drifter is available on PC, PS4 and Xbox One. We reviewed the Xbox One version.