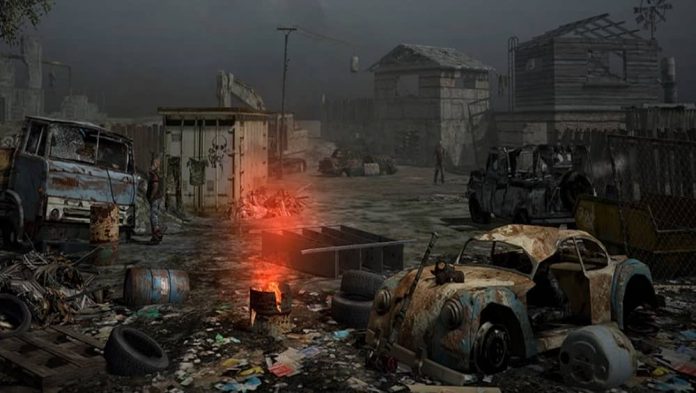 The sun is hot and you’re trudging through an irradiated wasteland armed with a crossbow, or maybe a pipe of some kind.

Suddenly you come upon a group of bandits who aren’t looking to make friends, and the next thing you know, you’re bleeding out in the dirt. Welcome to Krai Mira, try to keep your wits about you.

Developed by TallTech Studios, Krai Mira recently left early access after years of development by its small team and some time on Steam Greenlight. It’s a world-mapped, post-apocalyptic RPG. Or, as I like to call them, Fallout-alikes. It’s clear from the opening moments that this is a game heavily inspired by games like Fallout, Fallout 2, and the Wasteland franchise. This means that while quests and story play a role, a good chunk of the game revolves around just trying not to get killed (and maybe getting some sweet gear in the process). It uses a travel system very similar to Wasteland 2 and will generally feel familiar to anyone who has experience with the titles I’ve already mentioned.

To start out, I think it’s important to state what I think the game does well. It’s a very nice looking game. Krai Mira is fully 3D, allowing for a wide range of zoom levels and the camera can be fully rotated in 360 degrees, so when you need to get a better look at whatever monstrosity is about to take your head off, you can watch your demise unfold from whatever perspective is best for you. Beyond the technical side, the art is thoughtfully done, with some locations possessing a real character and fitting into the world nicely. Krai Mira has a knack for rendering environments that convey the atmosphere of the destroyed world in which the character finds himself. The areas that the character progresses through feel very authentic; there are deserts littered with burned out tanks and cars and buildings that have fallen in, but are still open enough for one to poke around the rubble in search of a new gun or a few stray nuts (screw nuts, that is: the game’s currency of choice). There’s a great attention to detail with the re-purposed buildings serving as shelters, bases, and bars. They’re functional, but the scars of the world’s catastrophe are always present. 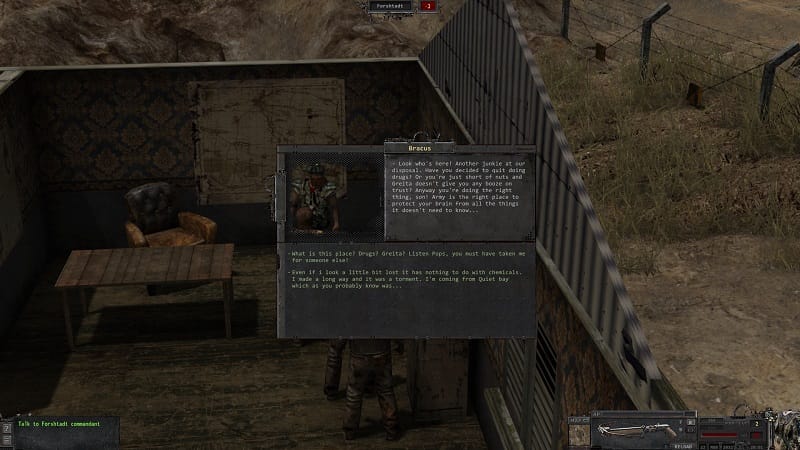 The game has quests to give some direction, but Krai Mira is, at its core, a game about exploring, killing things, and collecting their loot. This foundation is strong, and for players who are looking for such an experience, the game delivers. The leveling makes use of a tried-and-true attribute system by which players allocate points at start and on level-up, with tooltips informing them as to how a given stat will affect their character’s performance. There are also a series of perks which provide passive benefits, and these too can be taken with points, further building the character. These systems, while they don’t reinvent the wheel, will still give a good scratch to RPG fans with that itch for progression.

The most obvious issue with Krai Mira is the writing. The game offers an English and Russian language option and, while I don’t speak Russian, I’d say it’s pretty safe to assume that Russian is the primary language of the development team. Most of the dialogue is poorly translated, which, while occasionally funny, is more often irritating. Additionally, swearing is overused to a point that it becomes irksome, like an angsty tween showing off to his friends. Krai Mira also suffers from a series of poorly implemented mechanics. The combat is rather bland. It’s a turn based system using action points, but tactical options are limited to moving, performing an attack, and reloading your weapon, and even those options took some figuring out, as the game’s mechanics can be quite inscrutable. You can also have companion NPCs, but you don’t have the ability to control or direct them, so they simply aggro onto the nearest enemy and start hacking/blasting away. A related issue is that of pathing. In open spaces, there’s no real issue, but when you find yourself in the tight corridors of other areas, it can be rather frustrating. When you kill an enemy, you don’t want to spend upwards of five minutes trying to loot his corpse because a self-opening door blocks it and your companions seem hellbent on keeping it that way. 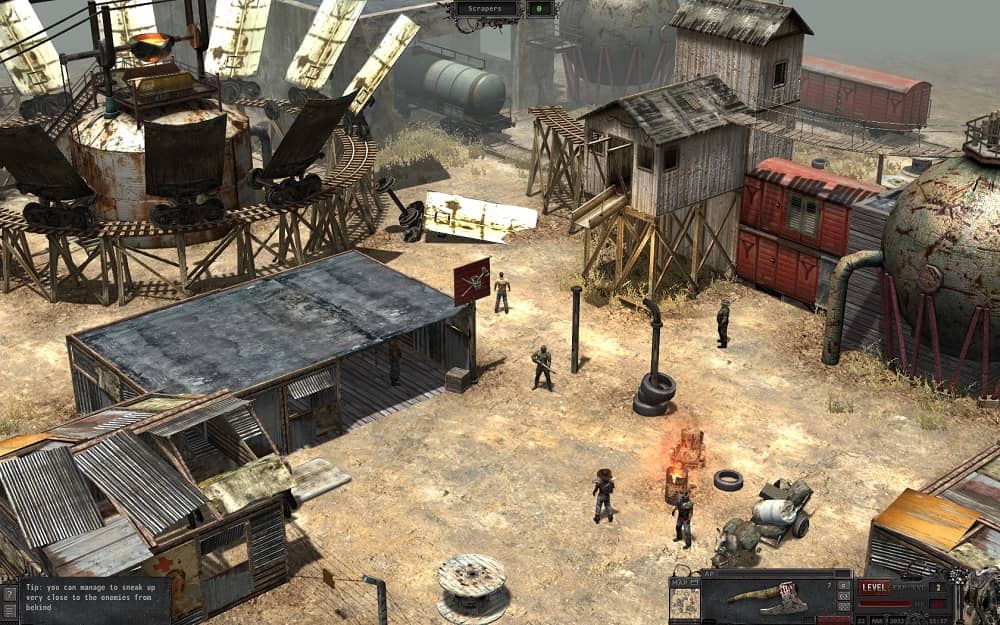 Menus are  structurally simplified to a degree that they feel incomplete while also being rather confusing at first, as the whole system is just a series of tabs for inventory items opposite a picture of your character and a list of stats. The result of this is that it’s actually quite difficult to really have a feel for your character and his (the game simply drops you into the world without a character creation step) abilities. With some effort, it does become possible to better understand the troublesome UI, but not all players will be interested in putting in the time. The game also takes a departure from the norm by leaving the field in which passive abilities appear blank. It’s only as you progress that they reveal themselves. This may be deliberate, and some players might appreciate the decision. However, given that many RPG players like to see all the possibilities laid out from the jump so that they can plan out a character build, this is bothersome.

None of this is to say Krai Mira is a bad game. The foundation is solid, but much of the implementation feels haphazard. It successfully manages to deliver a very old-school experience, and there are no doubt many players who will enjoy the game for that reason alone. However, it doesn’t do anything to a degree which is exemplary or even noteworthy, which leaves it feeling either generic or simply incomplete. In short, if you’re a big fan of these types of games, there will almost definitely be something for you here. If you’re a more casual RPG player, there are likely enough issues to be prohibitive. Altogether, though, if Krai Mira looks like something you would enjoy, there’s a good chance that you will. It’s no masterwork, but Krai Mira has a solid foundation, and with continued support and updates, has promise. In its current state, however, its experience still feels unfinished.

Krai Mira is available on PC.