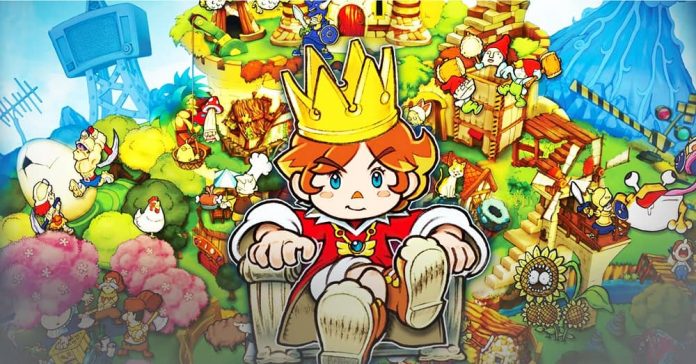 One of many releases unjustly overlooked on the Wii was 2009’s Little King’s Story, a charming mixture of life sim, role playing game and real-time strategy that came from the creator of Harvest Moon Yashiro Wada.

Somehow able to replicate Nintendo’s trademark style, it became fondly known as one of the console’s strongest downloadable titles. Although a little late to the party, PC players can finally join in on the fun thanks to the game’s latest release. The only question is… how does it stand up?

For the most part, this is as barebones of a re-release as it gets. Seemingly ripped straight from the Wii version’s executable there is very little done to make the PC release different from its Nintendo counterpart. Dialogues have been changed to reflect a new control scheme, resolution and lighting effects can now be changed, but other than the basic necessities to get the PC port up and running there wasn’t much done. To someone playing Little King’s Story for the first time this may make the game seem a little less polished than it truly is. To others however, it will be a testament of the game’s quality that so little needed to be done despite seven years of distance between the game’s original release.

Admittedly, it’s just as noticeable as it was in 2009 that this was a game meant for the Gamecube; perhaps even more so now. Originally beginning development under the name “Project O”, the game took a long time to take shape. Yet just as Nintendo was able to do with their first-party Wii titles, Little King’s Story expertly uses its art style to its benefit by compounding its delightful tone. A mixture of watercolor and Crayola-inspired cinematics are reminiscent of a children’s picture book. The game itself could have been read by the main character, little King Corobo, as he lay in bed right before the game’s first cinematic takes place.

The story reflects its toddler-friendly design by quickly setting up the game’s premise. After running out into the woods after some mice, the young Corobo stumbles upon a glowing crown. Like King Arthur and the sword, he is suddenly proclaimed the King of Alpoko. You, or Corobo rather, are tasked with the responsibility of running and managing your new blossoming kingdom. A daunting task for anyone, let alone a young boy. The only way to do that however, is to venture out into the wild, digging up treasure and selling off as many resources as you can. This is where the game begins to get interesting. 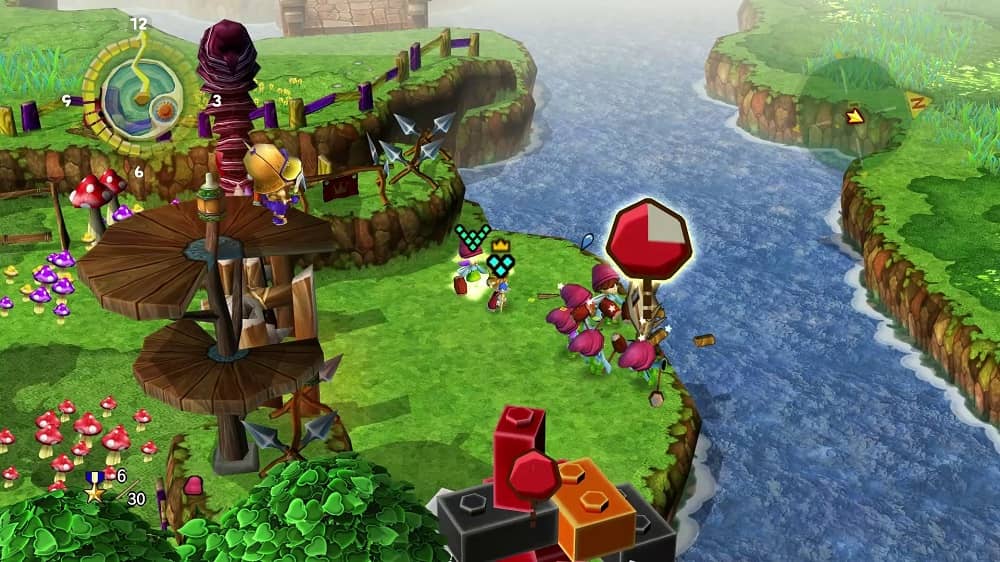 As King, you have the ability to command normal citizens of your kingdom in the effort of growing Alpoko. Akin to Pikmin, villagers will follow your commands and do all that’s needed to proceed including chop wood, dig holes, and even fight monsters. However, there’s more to it than simply grabbing the nearest five members of your kingdom and running out into the fray. Villagers can also be trained in specific areas of your kingdom and assigned to different roles or classes. They can be transformed into everything from a lumberjack to a farmer to a knight. Some classes can even be upgraded, giving more incentive to double down and bring the same villagers along on each journey instead of constantly grabbing a different handful each time. It makes it all the more difficult then when you lose a royal subject in battle after confronting one of the game’s many Unidentified Mysterious Animals.

Taking the form of walking turnips, giant snails, and even cow’s with skulls for heads, Little King’s Story throws all manner of enemy in your direction. To combat them, you must manage the right number of villagers to throw at the enemy and recall them if things get too hairy. Thanks to the aforementioned different classes, some villagers will be more adept at fighting off enemies than others and the combat quickly turns into a juggling of weaker and stronger villagers. The simplistic controls mean you’ll never feel too overwhelmed, even when the game is at its most complicated. That said, PC players who are accustomed to mouse and keyboard strategy games may be a bit disappointed since the game lacks any point and click controls. It’s an odd oversight due to the genre’s thriving legacy on the platform and only reinforces the notion that this is as simple of a port possible.

Little King’s Story isn’t just about taking home big turnips and chopped up pieces of wood, however. You’ll slowly be introduced to other kingdoms which… clearly, must be conquered. Fighting against kingdoms that are characterised by being overly lazy or the ultimate party animals, the game makes light of world domination as it constantly points out how silly the whole premise is. 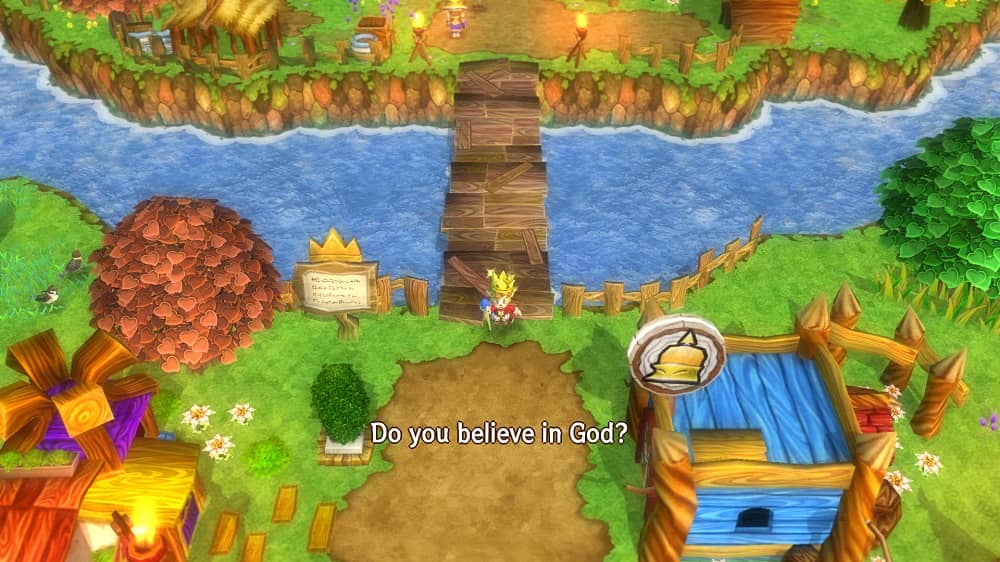 Perhaps that is the game’s greatest strength. In the wake of creating a game that exists in a genre often characterised by being heavy with dense and complicated systems, Little King’s Story breaks things down without letting them become too distant. By smashing together different sentiments of design from different genres and wrapping them all up in a jolly little bow, it becomes something completely unique. While it may not feel as special as it once did, mainly thanks to the lack of licensed clutter that plagued the Wii in those days, Little King’s Story is just as fun as it was in the last decade. A cartoonish and lighthearted affair that blends the best of Pikmin and Animal Crossing, you’ll be able to spend hours making Alpoka the best kingdom it can be under the rule of one adorable little king. If you missed out on the game’s original release or the Vita version, New Little King’s Story, the PC version is the perfect opportunity to catch up on this too often overlooked little gem.

Little King’s Story is on Wii, PS Vita and PC. We reviewed the PC version.