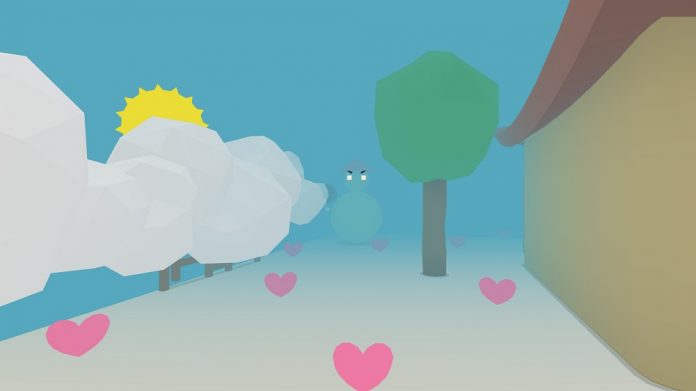 If you were unfortunate enough to have missed the brutally cute/cutely brutal twitch shooter Lovely Planet two years ago, good news! The darling folks over at QuickTequila have whipped up a brand-spanking-new sequel/spin-off just for you! Now with 60% more Doom and Wolfenstein!

Quick rundown: Lovely Planet is a hardcore first-person-shooter under the disguise of a cutesy exterior, in which all the levels are short, but take forever to master. Even if you did play the first game though, Lovely Planet Arcade still requires some explanation. Yes, it’s still a pastel-painted paradise. Yes, the goal is to shoot every enemy and run into a purple portal, usually in under thirty seconds. No, the aiming reticle still does not exist. All of that remains the same. The major differences come in two flavours: the inability to look in the Y-axis, and your slower pump-action shotgun.

If it sounds like these changes make Lovely Planet Arcade completely different from its predecessor, well, you’re right. Unlike in Lovely Planet, players won’t bounce across floating islands, sniping apples and red square-heads. Instead they will weave around tight mazelike corridors, dodge projectiles, spin 180 degrees on a dime, and never stop moving. Once again, controllers have no place here, and using the default mouse sensitivity is like having neck arthritis… but after you set up your mouse properly, the game sails smoothly.

In some ways, Lovely Planet Arcade is more of a puzzle game than an action shooter, in the strictest sense. Players progress only by memorising enemy spawn patterns. Bullet management becomes crucial since reload time factors in. Sometimes I even had to strategise the best order in which to attack enemies since shooting out of sequence could gate me from completion. Lovely Planet had tinges of this, but its full range of motion and vision opened up more variables for completing levels. 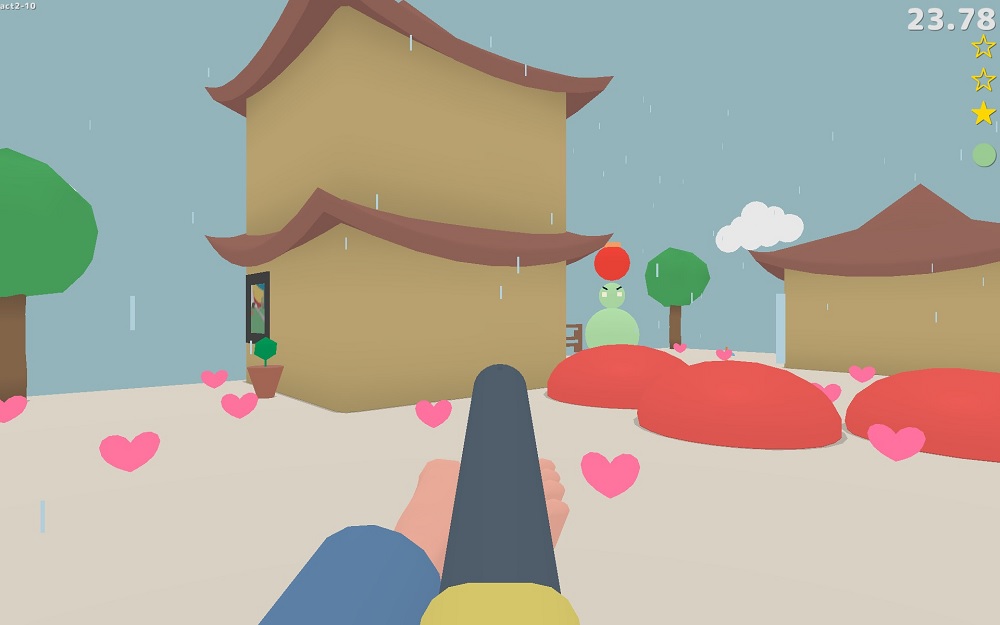 For this reason, this newer installment could almost be considered an rail-shooter. I don’t mean that as a complaint: for the game’s vision, it works flawlessly. My only issue is that sacrificing the ability to roam free and grounding the character (your jump, while necessary to progress, never lifts you high enough to explore vertically) squanders some of the level design. Lovely Planet had run-n-gun-n-jump obstacle courses with distant islands and worlds in the backgrounds. Lovely Planet Arcade has run-n-gun-n-reload-n-occasionally-jump mad dashes that feel not unlike rolling through the glass-bound confines of a pinball machine.

Overall, I’d have to say that Lovely Planet Arcade is less difficult than Lovely Planet, but it’s still plenty hard. In the same time it took me just to get to the ending of Lovely Planet, I managed to get three stars on every level in Arcade’s main mode. The new restrictions on movement seem to help that. With fewer options for movement, there are also fewer potential routes. Time attacks feel more encouraged here, since you’ll often end a level with two stars, just milliseconds shy of three. So even though the level design may lack in grandeur, it nevertheless feels more carefully constructed.

Content-wise, Lovely Planet Arcade has more than 100 standard levels spread across four acts, plus a mirror mode and fast mode. So ultimately you’re looking at around 300 levels. If you finish every level on the first go – fat chance – you could theoretically beat it in under an hour. However, players who grind each level to perfection will likely get 4-5 hours out of the main mode alone. I only just aced the final act before sitting to write this review. Each act also contains three or four secrets. Finding them all doesn’t seem to add new content, but it does unlock a Steam achievement and red stars on the Act Select screen. 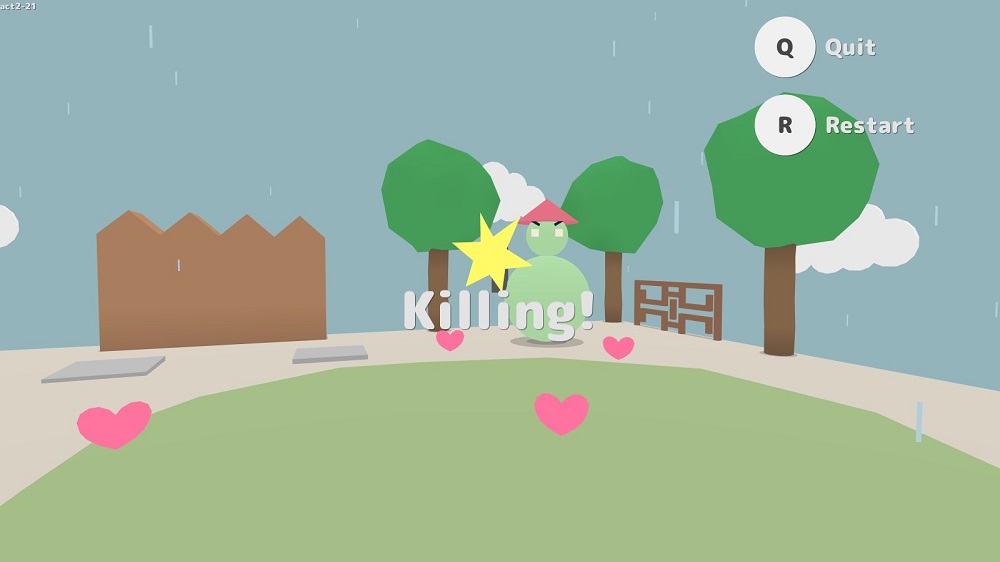 On the audiovisual side of things, Lovely Planet Arcade is an absolute delight. The soft colors strike the eye mildly while providing enough contrast to perform deft stratagems. Calum Bowen’s earworm soundtrack once again adds a jaunty, floaty atmosphere to this cruel, cuddly world. The sound effects cue the player in to information they can’t always see, such as bomb launches and coin pickups. These touches are tiny, but make a huge difference, especially when the player has to move around in the dark.

In 2014, I described the original Lovely Planet as being like “if Katamari Damacy was a first person shooter that hated you and kicked your ass every time you played it. And that’s a wonderful thing.” And though the core gameplay may have changed, the sentiment has not. Lovely Planet Arcade is a twitch shooter that will kick your butt, pat your wounds, and give you butterfly kisses that turn into literal butterflies.