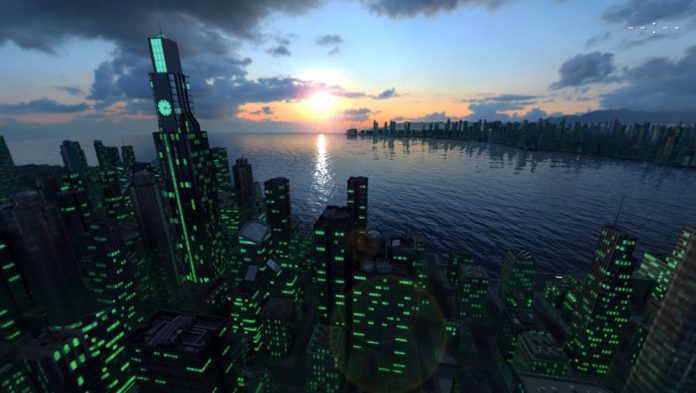 Meriam-Webster defines the word “momentum” as the strength of force that something has when it is moving.

It seems that Projectile Entertainment’s new physics based puzzle platformer Momentum is missing that point, never able to build up any of it for itself. This mixture of Super Monkey Ball and Kirby’s Tilt n’ Tumble offers nothing but frustration.

Standing on the shoulders of classic marble racers like Marble Madness and Spindizzy, Momentum’s premise is simple: get your marble/ball through a perilous course as fast as possible. The twist is that you don’t control the ball, but the level itself. By tilting and turning the level with the left thumbstick, gravity takes its course and will pull your ball over slopes and turns, hence the name “Momentum”. It’s an interesting take on a genre that has existed for so long it’s surprising no one has done it before. Or at the very least someone more prolific. It’s this very simple idea that lends the game its accessibility: someone who has never played a game before could pick it up and figure out its easy to understand structure in a matter of seconds, something every puzzle game should strive for.

That same simplicity applies to its art as well, making Momentum as a package feel approachable. Its clean, modern look also helps mask some of the obvious budgetary concerns with a game of this scale. Instead of feeling like a bargain bin version of a more well-known franchise it puts its Zen-like theme to good use. It’s clear that this game was meant to be a relaxing experience with its ambient soundtrack and subtle on screen prompts. However, it instead simply becomes a frustrating exercise in patience the further you play in its nearly 100-level ladder of stages. 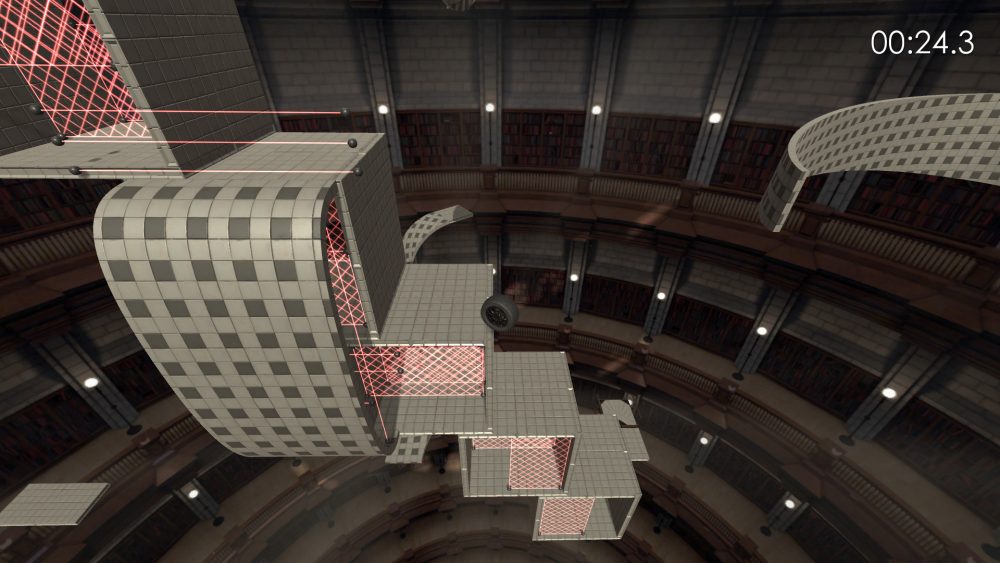 The frustration doesn’t come from simply difficulty designed levels however, but from the obtuse and awkward controls the game sells itself on. Because direct control is taken away from you thanks to the core control mechanic, it creates a strange situation where the precise physics based platforming and movement focus of the game becomes reliant on difficult to predict variables in the game. Luckily, the game offers some respite from constant grief via the ability to slow down the ball’s movement and speed up the level’s tilt. It increases your reaction time but still can’t do much to stop gravity from taking its course if you move the wrong way. Momentum requires pixel perfect movement and precision to the point of insanity. The only option for progress is through trial and error. Over and over and over.

It makes it all the more difficult that the camera has no guided or automatic controls. Thanks to the constantly shifting nature of perspective from the tilting of levels, it becomes a literal nightmare to get a good grasp of what’s going on. Instead of following the ball as it tumbles through these spiraling maze-like stages for you, it instead requires you to move the camera when needed. Early on, this issue isn’t a big problem thanks to the level’s relative straightforwardness. However later on in the game tracks will twist and turn in ways that will force you to manage the already difficult task of getting the ball to go where you need it to along with turning and moving the camera to even see it. There were multiple times I moved the camera to try and get a better view only to have the stage’s course itself get in my sightline. While it turns any parts of the course that are blocking the camera’s view partially transparent, it does so in oddly segmented portions resulting in moments of blindness as the ball moves forward from arbitrarily segmented piece to piece. I’ve never played a game so disinterested in the simplest of player comforts, as if it’s trying to halt your progress at every turn.

All of this makes Momentum feel impossible even before the game adds in any additional obstacles. Moving platforms and laser walls that push your ball off of the edge in later portions of the game make it feel so detached from the zen-infused early tutorial stages that it might as well be a completely different game. It leads Momentum to ultimately lack anything of substance, dwindling its experience down to moment after moment of frustration.

It would be one thing if there was more to Momentum besides its preposterously obtuse difficulty, but there simply isn’t anything here. While bigger games like Portal have shown us what all can be done within the puzzle archetype, it seems Momentum is content with keeping things focused and small. That in and of itself wouldn’t be condemning if the game was any fun to begin with, but thanks to its inability to show any form of entertainment it instead works better as a soft screensaver than an actual game. It’s very essence misses the mark of what makes challenge in a game interesting and fun and instead throws out the baby with the bathwater in an attempt to create a simple twist on the old marble racing formula. 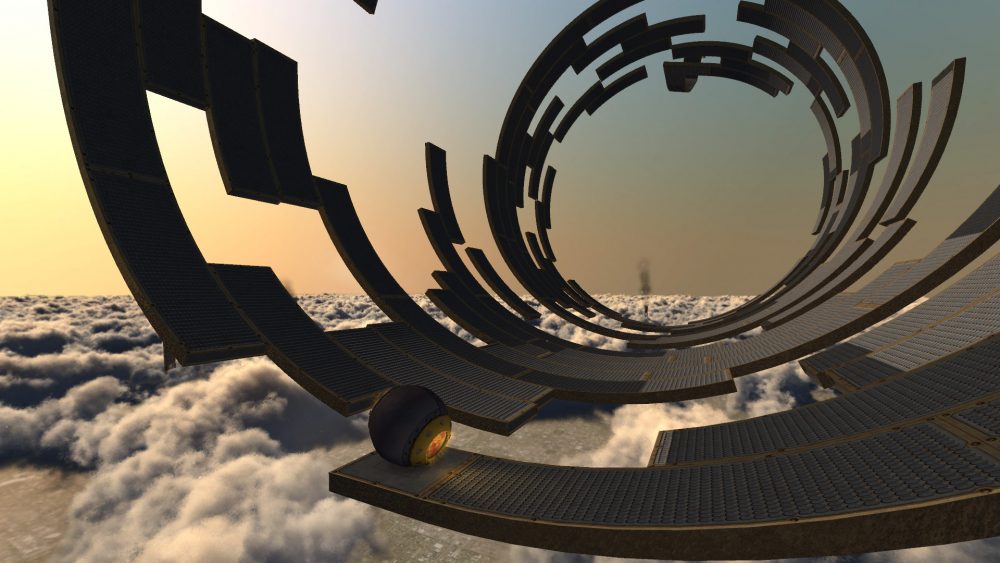 While Momentum may not be a game that’s so bad it’s laughable, it depressingly is something much worse. A boring, uninteresting game that cares little for the player, or even itself for that matter. A problem at the root of its identity, its biggest folly was the decision to differentiate itself from other, better previous games in the genre. With an extensive amount of levels, a dedicated player could spend a lot of time here – but it isn’t advised. Even if you’re a hardcore fan of puzzle games, you can find something similar that does it better elsewhere.

Momentum is available on PC and Xbox One. We reviewed the Xbox One version.