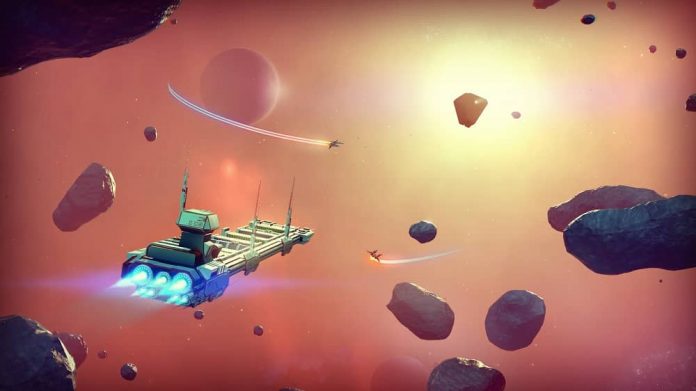 As of earlier today, the official soundtrack to No Man’s Sky, the upcoming space game that the world can’t seem to get enough of, was released across a number of media outlets.

UK-based experimental rock band 65daysofstatic are responsible for the soundtrack’s creation, and were brought into the project following the use of one of their songs on an early No Man’s Sky trailer.

In an interview with The Independent, founding member Joe Shrewsbury gives some insight into how the album was created:

“Writing the album, we both adhered to and ignored the brief. That is, we wrote a bunch of music with an album format in mind, but we also wrote a great deal more music than that, assuming it would probably be useful in some way. It was.”

The album itself, No Man’s Sky: Music for an Infinite Universe, is split into two parts. The first is more of a standard album, featuring individual, standard-length compositions, while the second showcases some of the lengthier and more heavily looped soundscapes developed for the game.

After spending a morning with the soundtrack, I can safely say that I’m now even more excited about the prospect of jumping into Hello Games’ procedurally generated universe than ever before.

You can read the full Independent interview here.

The soundtrack is available on Spotify and can be found on YouTube.

No Man’s Sky is scheduled for release on 9 August in the US and in Europe on the 10th.