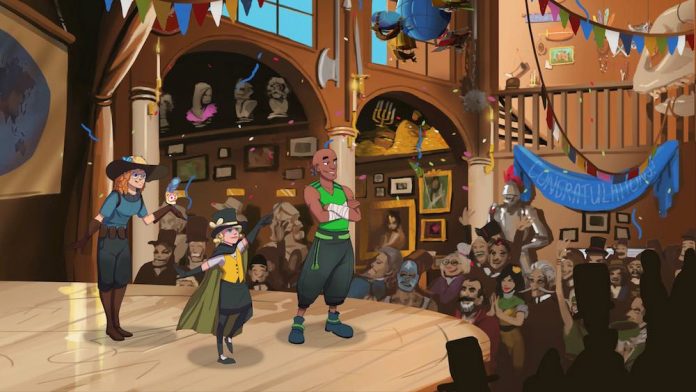 The first main expansion to Renowned Explorers does exactly what is says on the tin.

Renowned Explorers was all about adventuring into the unknown and discovering treasure – this DLC gives you even More to Explore. Giving two new areas to delve into – The Andean/Incan mountains and a mysterious Lost Island – a new campfire mechanic and some small quality of life improvements Renowned Explorers: More to Explore expands on an already complex, and very good, game.

Renowned Explorers was, funnily enough, about exploration but to me succeeded in many other ways. The tactical combat was simple to learn but soon fleshed out into something not only complex and intricate but something completely unique. Allowing you to finish encounters aggressively, friendly or deviously while taking into account the moods and emotions of enemies and the attitude of the overall confrontation. The way you finished the encounter affected how the enemies would react to you after and its mix of strong story, choice and emergent storytelling made sure that its many playthroughs were always different – both in gameplay and narrative.

However as a roguelike that didn’t entirely depend on procedural generation eventually locales began to repeat and soon after, events in said locations began to repeat. Abbey Games had previously released Mali Mystery, a new area completely for free. Mali Mystery retained the same general layout of the base game’s areas where most nodes you would adventure to contained a single event that didn’t have much connection to the overarching goal. More to Explore’s new areas try to do something different each.

The first, Andean Adventure, brings you to a mountainous region belonging to an oppresive Incan ruler. Here, you will come across Incan soldiers, villagers and (oddly powerful) llamas. The second, and hardest – being a rank five – expedition takes you on a journey to a mysterious Lost Island covered in pink smoke full of a group called the Anti-Explorers. As you can tell, Renowned Explorers: More to Explore attempts to a tell a more coherent and focused story in each area but doing it in seperate ways. 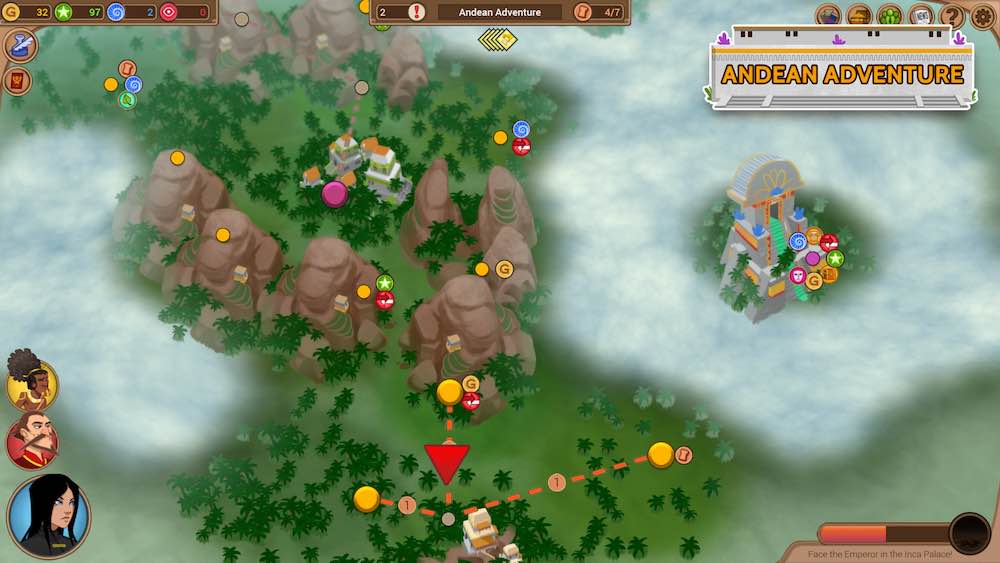 Andean Adventure, being a rank three adventure means the area is harder to traverse and requires many supplies. This is managed by the area having three main villages, each of which has its own quest and transport system – allowing you to use collect tokens to quickly fast travel between them. Each quest is completed by venturing to a randomly selected area on the map allowing for a longer storyline. While this does mean that the villages have a longer and more extensive narrative, the fact there were so many quests on a relatively small map (with so little supplies) made this expedition feel more rushed and luck-based when compared to the base game’s almost calm and light-hearted feel.

Lost Island, as a rank five expedition means that it is now one of two possible finale adventures before the game’s end – and has the feel of one too. Due to the more connected events and storylines (and the difficulty) Lost Island feels much more like a climax than Shangri-La did. The mystery of the Anti-Explorers, pink smoke and a few surprises nearer the end sucks you in to Lost Island’s plot more than any of the other adventures.

Other additions to Renowned Explorers: More to Explore include the new campfire feature and the option to choose which bonus you get when finding a treasure. Now, instead of each treasure coming with a set bonus you can choose from a selection of similar ones. The options are usually to do with the type of treasure you find so Incan pieces often give status and research as that represents the Incan civilisation. While not a massive change it does allow for more specialisation within a certain group as strategising the bonuses you went for was and is still important.

The campfire mechanic allows for extra bonuses and stories between and for characters during expeditions. Stemming from a card mechanic the campfire can be used once per expedition after travelling a few nodes in that area. When settling by a campfire you can use one of four cards randomly selected from your deck. Cards either give an outright amount of tokens or resolve, a continuing bonus throughout the game or a lasting story specific for each character in the game stemming from their background. The first two usually just describe a small interaction between the group that gives the bonus – for instance, a discussion about science that gives study tokens. 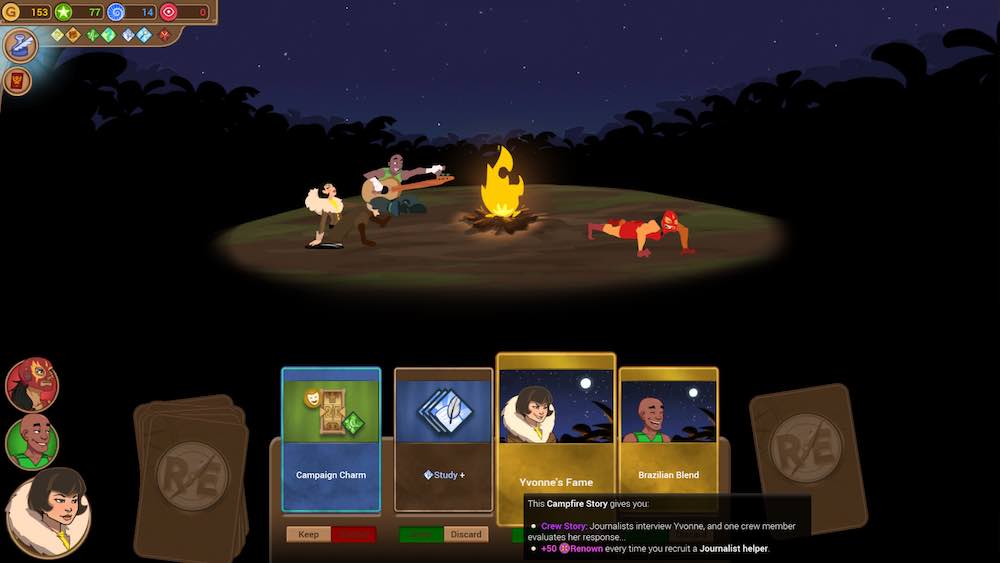 The much more interesting cards are the ones specific to each character that often come back up throughout the game. One of my favourites was involving the wrestler character Dolores who wanted to make the group into a wrestling team. Throughout each expedition with her the team gained extra athletic abilities from the training and eventually culminated in us being beaten in a wrestling match with some Incan villagers. Like most things in Renowned Explorers this was not the only way it could end and we only lost due to me failing a roll – meaning that if I want to see the end of Dolores’ wrestling team I will have to play with her again and try harder.

The campfire setting gives more life and personality to an already charismatic bunch of explorers, and also gives more interaction between individual people – developing friendships and such. The only problem comes from how cards are acquired. New cards are found in booster packs which are only received when you fully beat the game (that includes surpassing Rivaleux in renown). This means that cards are acquired slowly, expecially the fun, character specific ones which is a shame as they provide some really fun distractions – for you and the explorers. This may have been alright if it was in the base game but it just seems strange releasing it like this in an expansion months after launch when most people aren’t going to do loads of new playthroughs (and beat them all).

Even with a few minor missteps Renowned Explorers: More to Explore improves on an already spectacular game. By itself Renowned Explorers had few weak points mainly with its eventual, repetition of content. In More to Explore this is fixed while adding the campfire, which provides even more wacky adventures and events for the already charismatic characters to go through.

Renowned Explorers: More to Explore is available on PC.