The Star Ocean franchise is long-running and beloved by fans for its engaging characters, vast science-fiction worlds and action-based combat.

It remains a series known alongside the Tales series for providing quality JRPG comfort food. For those of you unfamiliar with this series, I recommend our article on 20 years with Star Ocean. The most recent title, Integrity and Faithlessness, releases seven years after the previous title, The Last Hope. Developer tri-Ace designed this JRPG with newcomers in mind, allowing even those unfamiliar with the series to follow along. Unfortunately, Star Ocean: Integrity and Faithlessness struggles with genre clichés and poor execution of important gameplay mechanics. That being said, its combat is still sufficiently enjoyable. Is it worth the investment? Feel free to read on.

Star Ocean’s world features a diverse range of landscapes and these are, more often than not, quite beautiful. Grassy plains, snow-covered mountains and deserts are all visually appealing. Dungeon designs, unfortunately, range from looking fine to uninspired. Roaming through futuristic facilities becomes less interesting when nearly every room looks identical to the last. I found the party member’s character designs to be generally quite attractive – Fiore’s peculiar wardrobe is sure to make the odd player cringe, but this is entirely subjective. Enemies are diverse and antagonist character designs are generally fine, albeit mildly unoriginal. Be thankful that the landscapes are beautiful; you’ll frequently backtrack through the same few maps throughout the main narrative. Enemy encounters also remain the same each time you traverse through a map. This makes navigating previously explored areas a mundane task.

In each city, job boards offer side quests for you to complete at your leisure. They never expire and you can take on as many quests as you want at one time. Never do side-quests deviate from being formulaic; you’re either killing monsters, gathering items or locating something or someone. On top of that, you often never even meet the NPC who posted the request. You take on the quest from the board, and you submit the quest to the board. As you can imagine, these get tiresome very quickly. The only motivation to complete these quests is the offer of some useful rewards. Even then, I found myself extremely reluctant to waste time pursuing any side quests at all.

To quell a lot of speculation: there are traditional cutscenes in Integrity and Faithlessness. These traditional cutscenes are, for the most part, done quite well and used to emphasize more significant moments in the story. They even become more prevalent in the second half of the game. Other cutscenes are handled via real-time conversational moments in the game world; the player maintains control of Fidel and can often wander (and move the camera) within a small radius as these unfold. This style of cutscene was implemented to emphasise a more seamless integration of story and gameplay. 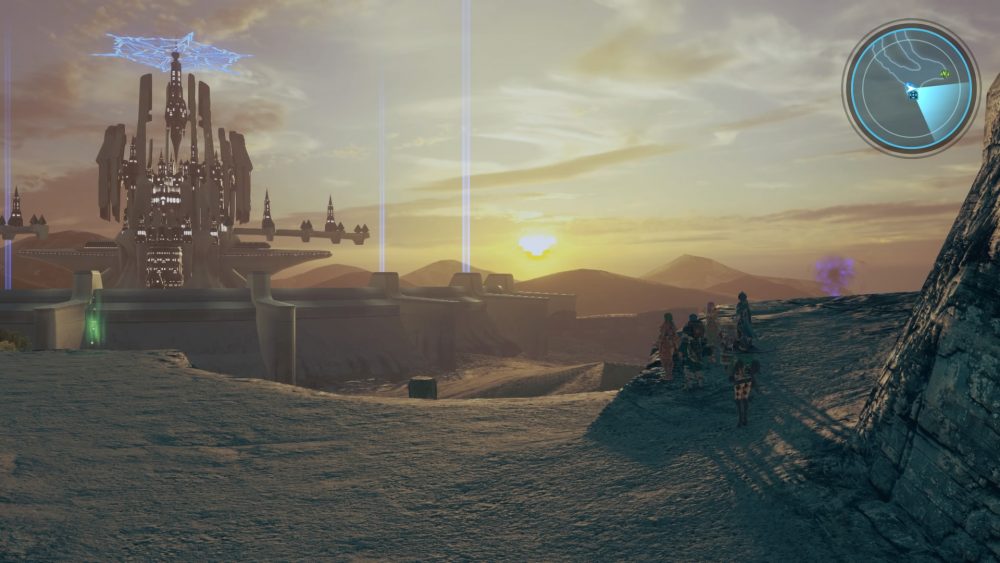 Herein lies a glaring issue with this presentation style: without a fixed camera, the player can miss key elements of these scenes, thus cheapening the experience. Character models may move or perform an action during the scene and the player can unknowingly miss all of it. In other instances, party members may have conversations on-the-side of the main discussion, and voiced dialogue will even sometimes overlap. The fact that tri-Ace chose to implement more traditional cutscenes later on exposes the stark contrast in quality between the two styles. Overall, the game ends up feeling (and looking) less polished as a result.

Star Ocean: Integrity and Faithlessness’ saving grace is its combat, and even that has flaws. Action-based battles take place with up to seven party members. These large scale fights are frantic and genuinely enjoyable. Characters freely roam a set area for the battle using the left stick, and players can swap between characters at any time during the fight. The X and circle buttons control light and heavy attacks respectively; the square button controls guarding and sidestepping for evasion. Battle skills are triggered by holding X or circle and is based on your distance from the enemy – you can map two skills each to short and long range. Levelling up is extremely easy, and battles never feel all that difficult. Some boss fights may catch you off guard but never truly feel like a challenge.

Another element of combat is a rock-paper-scissors styled system. Light attacks overpower heavy attacks, while heavy attacks break guards and guarding blocks light attacks. It is hardly a mechanic that we have not seen from other games in the genre, but it is an interesting concept nonetheless. The Reserve Rush meter on the side of the screen is filled by adhering to this formula; a filled meter allows for ultimate attacks akin to limit breaks. Break an enemy’s guard with a heavy attack and your meter slowly fills. If an enemy pierces your heavy attack with a light attack, your meter decreases. Unfortunately, I found that many of the large-scale encounters are too hectic to ever focus on this mechanic. Among the swordplay and flashy magic, it’s simply too difficult to concentrate on this. I often ignored this mechanic and still found myself with a decent amount of Reserve Rushes.

Skills and attacks aside, the roles that you assign your characters are much more important for success. Roles are essentially AI behaviours that instruct your party members to react in specific ways during battle. For example, equipping the Beast Slayer role to a character will tell that specific character to prioritize attacking beasts over other enemies (while also toughening up your character against beasts). Equipping the Savior role will tell your character to prioritize healing above all else. You can equip four roles to each individual character and these are essential when dictating your party’s actions. Roles also level up from use, and new roles appear as a result. 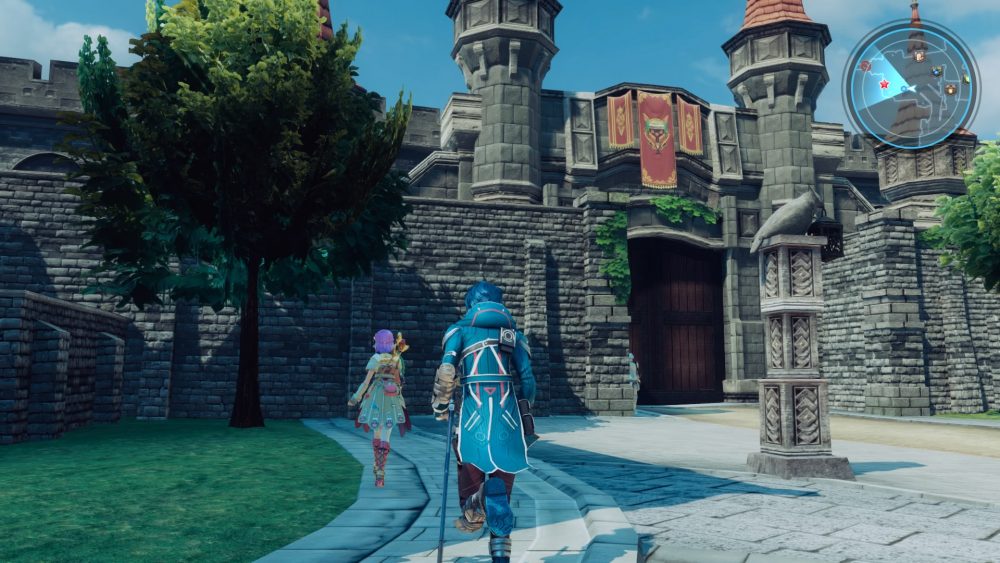 Unfortunately, you may not always have the specific role that you want. For example, it took me forever to acquire the Coward role, which instructs a character to stay back from combat. Until that point, my healer would run into the fray, swinging her staff at the enemy until they swung back and annihilated her. I was often forced to switch characters and move her away from the skirmish, which was undoubtedly frustrating. Despite not knowing more than one or two attack spells, she still felt the need to be a front-line fighter. No matter how much you level up, your fighters will still behave improperly if you don’t equip them with the right roles.

Making a return from previous Star Ocean titles is the creation system. While not as prevalent as in other games in the series, the creation of items and equipment is still very useful. Resources are acquired from gathering points in the environment. As you level each speciality (compounding, smithing, etc.), you unlock more recipes. The best aspect of item creation is that it can be done via the pause menu. Feel free to make items or weapons as you see fit, whenever and wherever you see fit. This is a fantastic change from many games in the genre and it is warmly welcomed. If you have no desire to utilize the creation system, rest assured that you can progress through the game by ignoring it completely. Never are you obligated to create anything, nor will it leave you unprepared for future challenges.

Clichés are littered throughout the game’s story and often feels rushed. The 15-20 hour plot initially follows Fidel Camuze and his childhood friend, Miki Sauvester, as they defend their hometown from bandits. Slowly, the game expands to grander civilizations than those found on Fidel’s humble planet. My initial hours with the game filled me with promise of a grand adventure, but eventually the story falls into a pattern of familiarity for the genre. Fidel and Miki stumble upon Relia, a young girl who appears in a spacecraft. What complicates things further is that – wait for it – Relia has amnesia and there are mysterious groups coming after her. Fidel and Miki take it upon themselves to protect Relia and help her discover her past, exposing them to a conflict beyond their current grasp of the world.

The greatest frustration with Star Ocean’s plot is the massive leaps in emotional resonance between characters that seemingly appear out of nowhere. Within half a dozen hours, party members move from distant strangers to lifelong companions. These shifts feel completely unnatural and alienate the player from forming emotional connections. One particularly unnerving relationship is the one that Fidel develops with the young girl Relia. The transition from having no connection to Fidel’s inability to live without her seems so ludicrous that it can be interpreted as borderline perverse. Moments like this had me criticizing the game’s short length yet again. If tri-Ace wants characters that cannot live without one another, then they need to give these characters enough time to naturally grow with one another. As is, character development felt extremely forced and ultimately fell flat. 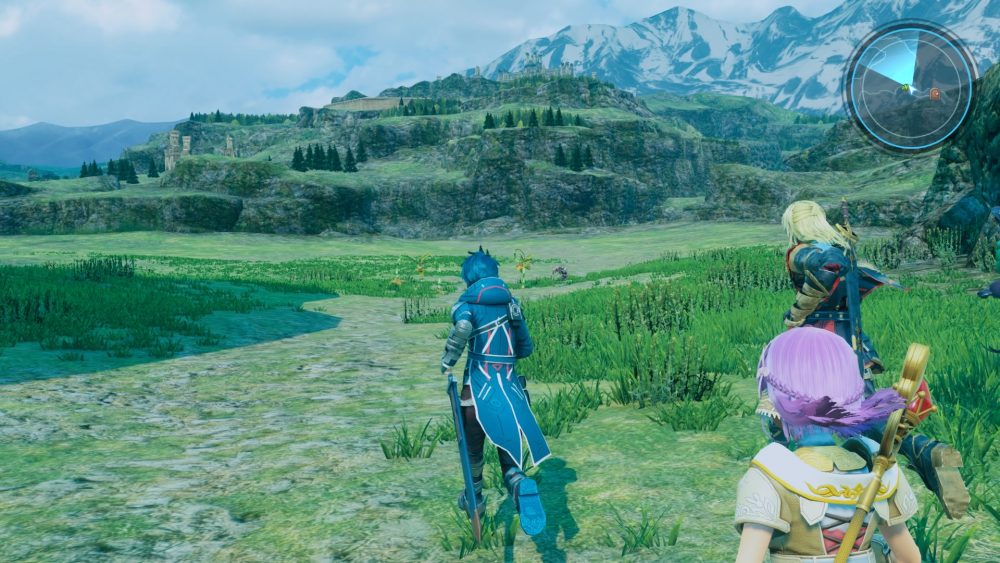 Star Ocean: Integrity and Faithlessness is a combination of some good ideas, some poor ideas, and plenty of rough execution. Its characters and world are interesting, but real-time cutscenes strip away a lot of emotional resonance. What’s worse is that the short game length makes both character and plot developments feel rushed and unnatural. Combat is fun, but the game is too easy and too hectic to rely on some of its strategic elements. These glaring flaws make Star Ocean difficult to recommend to anyone beyond hardcore JRPG fans and diehard loyalists of the series. Even then, this game struggles to be anything more than generic. While trying to make a throwback to more beloved games in the series, tri-Ace seems to have forgot what made Star Ocean so engrossing in the first place.

Star Ocean: Integrity and Faithlessness is available on PS4.