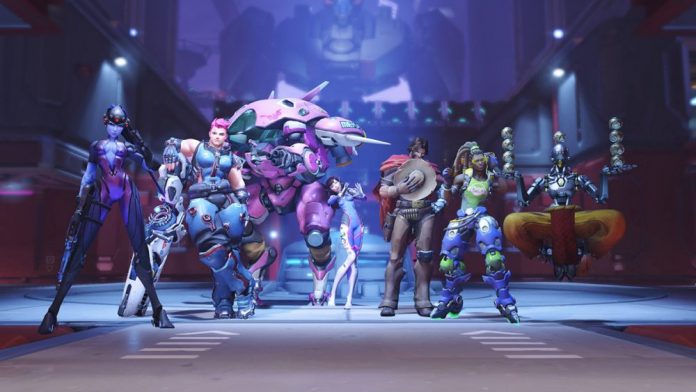 Another five flippin’ Genjis; peppered to a pulp by five Bastions; trial by Winstons; quickplay’s a liberal battleground designed to push fun and frolics. You courageously jump into Competitive mode then, looking to up the ante, and Widowmaker’s portrait clinks into place: “don’t play Baguetta, change pls”. Chat explodes, shit-storm ensues… the anger subsides, wait – the payload actually moves?

Transitioning in Overwatch from the loot crates and laughs of Quickplay, to the tears and triumph of the ranked ladder in Competitive can be tricky. If you’re struggling to climb the rungs and earn those coveted points, fear not, we’re here to offer you glistening nuggets of sage wisdom plucked from the roughest, toughest of experiences.

“I main Genji, I play him in every match no matter what. Every time I enter a game, bang, I’ve already selected that robo-ninja.”

If this were Street Fighter V, you might get away with this tunnel vision. In fighting games, if you’ve mastered a certain hero you’re more than likely to hold your own against even the sprightliest of tryhards. Overwatch is a team game though, and unfortunately things don’t work out this way. Yes, Genji might be menacing in the craftiest of hands, but this applies to the other heroes too. We might be whizzing about sun-kissed Ilios, slicing and dicing fools, that is, until an angry ape called Winston zaps us with his Tesla Cannon. Our piercing shurikens might rupture this primal juggernaut’s hide, but we simply can’t deflect his attacks. We try and scramble away but he bounds after us, frying our backside before bellowing in rage and slapping our sorry, cyborg carcass into the azure seas below. 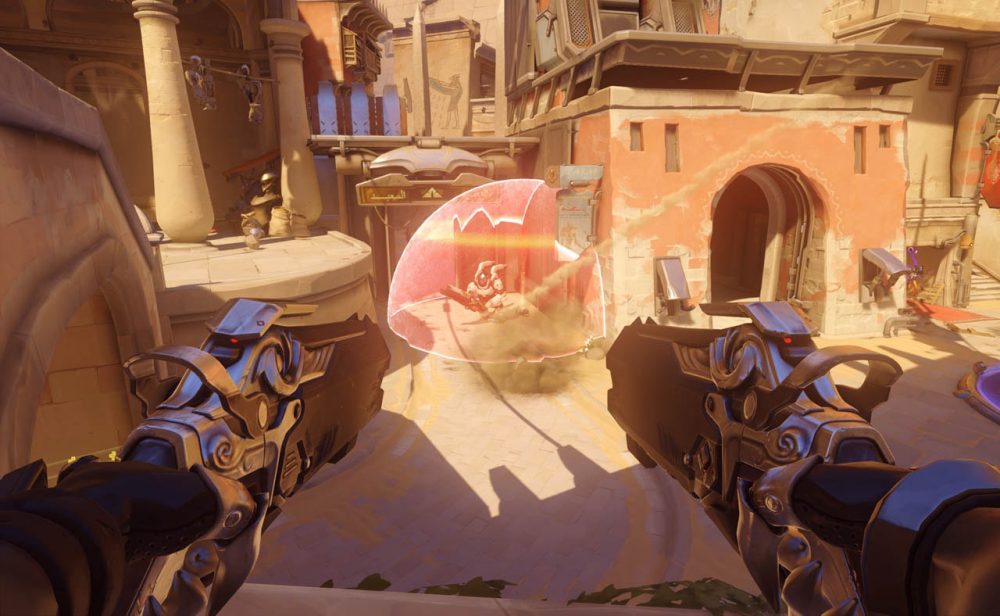 And this is why it’s vital to switch it up. Pick Reaper, another offensive, flanking hero and suddenly your ability to deal with the primate problem increases tenfold. His Hellfire Shotguns deal disgusting damage up close, and as Winston relies on invading personal space, he’ll suddenly be wary of the fact you can do far more than crack his glasses with a few choice shotgun shells to the face.

We might be playing Omnic monk Zenyatta, tucked away in the background, flinging orbs and healing allies. It’s no secret that we’re fragile. A glancing clack from our orbs might have a devastating effect on enemies – but if a cheeky Tracer gives our spindly metal frame so much as a nudge, our state of tranquility shatters in an instant. But if we change to beat-dropper Lucio, our increased mobility, bolstered health bar and handy abilities make life harder for the blipping Londoner.

Essentially, it’s a violent jostle between two teams, both switching heroes on the fly to put chinks in exposed armour and gain foothold after foothold. Until, eventually, the team that adapts and evolves most effectively wins. Mix it up, and you’ll be on the winning end. 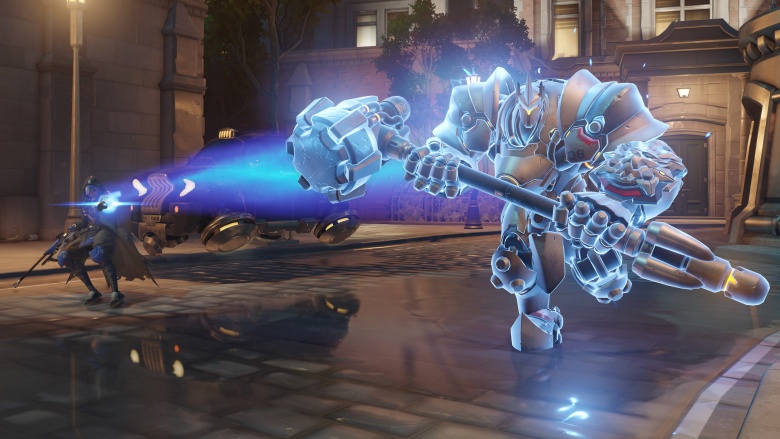 It’s important to focus on the opposition, but make sure you’re also paying attention to your teammates. Some heroes have great synergy together, so exploit them to your advantage. Angelic healer Mercy pairs well with one-woman-airstrike Pharah. Why? When Pharah blasts off into the skies looking to rain rockets, Mercy can pop Guardian Angel and soar into range with her Caduceus Staff, either patching her up or giving her lethal projectiles more explosive zing. Don’t even get us started on Ana and Reinhardt. Everyone’s favourite (and rather attractive) sniper mum can Nano Boost granddaddy Reinhardt, reducing the damage he takes and increasing the damage he deals with his ginormous Rocket Hammer. It’s an utterly devastating combo and you’ll let out a small cry, or scream internally for mercy (hero included) when you see the armoured titan careering towards you, crackling with a murderous energy.

Turn Overwatch Quickplay into a creative playground in a bid to find out which heroes seem to mesh well together. Wink wink, nudge nudge – Zarya’s ultimate Graviton Surge compliments everyone.

Take a look at the map and game mode. Lijiang Tower? Route 66? Some heroes thrive in certain scenarios but suffer in others. Make sure you’re locking in a hero that suits the situation and the physical space. Turret clunking Torbjorn works well in slender chokepoints, forcing bottlenecked heroes to face his frustrating contraption head on – or even in a tucked away cranny. But in a cramped, yet open, environment he’s left vulnerable to a rushdown.

Adapt to your enemies, your team, and make doubly sure you’re paying heed to the job at hand. 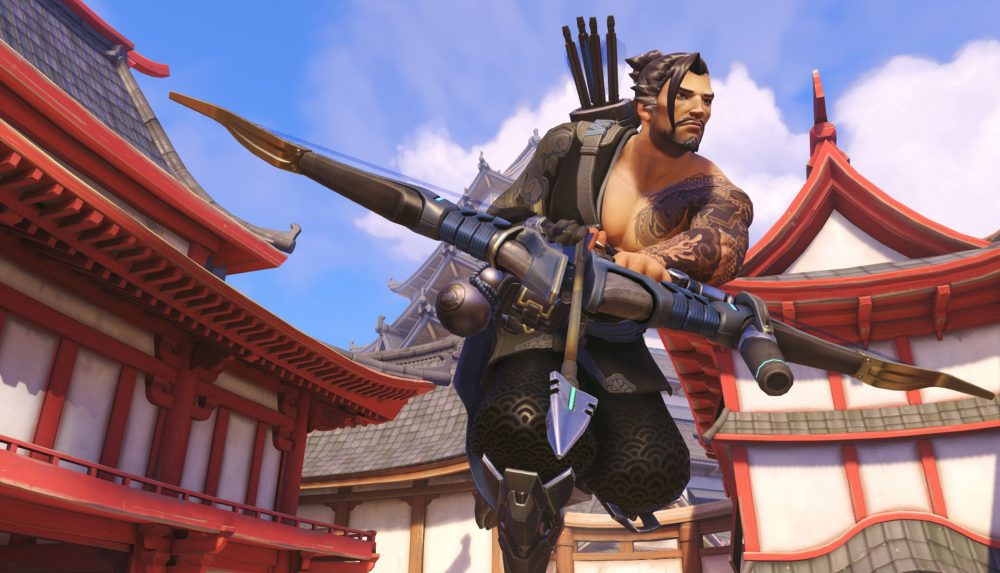 Don’t judge a Hanzo by his bow

A pet peeve of ours lies in an annoying community habit: “Don’t play Hanzo”, “Don’t play Tracer”. We’ve barely scratched the spawn area and suddenly everyone assumes the role of a high court judge. Who are you to strip us of our fundamental Overwatch rights? Honestly, you could have a quality Hanzo player slide into hero select and decide not to ryu-ga-waga-teki-no-kurau thanks to the crushing weight of peer pressure. Let people play what they want, and if you disagree with their choice or think it doesn’t suit the composition, type out your feelings in a polite, friendly manner. Don’t be one of those guys with “Premature Judgementation” please (it’s a real affliction).

Know your role. Sounds simple right? In the heat of the moment you’d be surprised how concentration slips. Keep asking yourself throughout a match, “am I prioritising targets?” Play everyone’s favourite cowboy McCree and your sole aim should be to locate those pesky heroes causing your team trouble. Sure, fire off some Peacekeeper rounds at a tank, but if there’s a Soldier 76 casually standing on a rooftop rattling off with his Pulse Rifle – forget the tank that’s designed to soak up DPS and go rid them of their primary damage dealer instead. See a Pharah and her buddy Mercy? – dink them out the skies. McCree’s designed to shred the squishy, tough to deal with heroes. So pick them off from afar or Combat Roll into them, Flashbang and Fan the Hammer – they won’t live.

Lodge this principle firmly in your noggin everytime you load into an Overwatch Competitive match as it applies to every hero you play. Do what they’re good at and fill your position within the squad.

Be aware of the vicious cycle: respawn, run in, die, respawn, run in, die. More often than not, this shouldn’t be happening. If your team is a wild mess of spawn times, don’t just ignore that fact and run alone into the objective, continuing this fun-sapping experience. Rather than sentencing yourself to death, take the time to wait and group up. See every respawn as an opportunity to gather yourself and regain the objective. 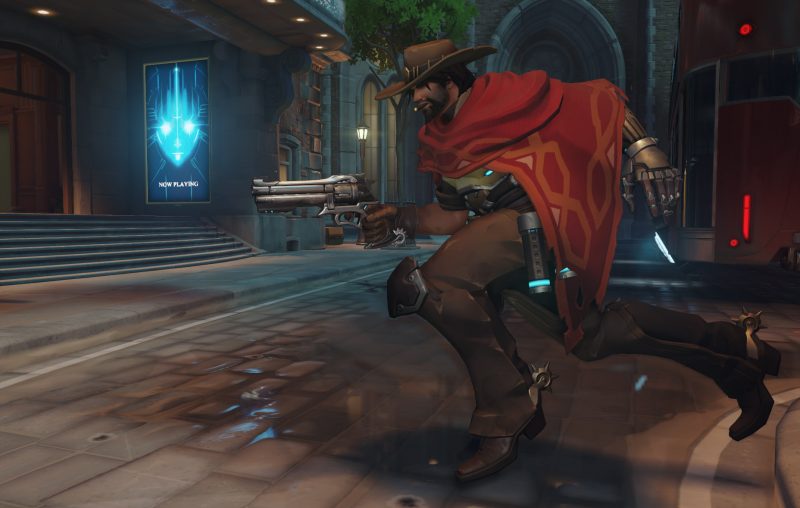 Now you’ve regrouped, think creatively. Try something new if things aren’t working out. Following the same pattern of play allows your opponents to settle into a nice rhythm of death and destruction. More specifically, a chance to charge their ultimate abilities, hold them and blow them in one fell explosion that’ll see your team wiped. Look to sneak up on foes, get up to those annoying spots in the map, or roam together as a threatening posse. Keep your opponents on their toes and they’ll find it harder to get a grip on your slippery ways, and the match as a whole.

Everyone has bad days and if your ranking is taking a hit despite a concerted effort to climb, just take a break. Often we’ll tell ourselves “Next one”, but it comes down to mentality. Frustration slowly builds and even if you don’t know it, you might be slightly off your game. Better to take a break, and come back to Competitive another time. And if you’re seething with rage, remind yourself to enjoy the game by throwing yourself into Quickplay and having a jolly experiment with heroes you don’t play too often. Or even better, close the game and play another. We’ve taken to venting as Trevor in San Andreas. Works a treat. You’ll come back with a clear mind, refreshed and ready to win.

Losing is good for you

One final message, one last nugget of wisdom. The shiniest, goldenest one.

See every loss in Overwatch (and well, in life) as a learning opportunity, look back on how you played and how it could’ve been better. Take responsibility, adopt this frame of mind, and you’ll see a surge in personal performance.

What are your top Overwatch Competitive Mode tips and tricks? Let us know in the comments below.