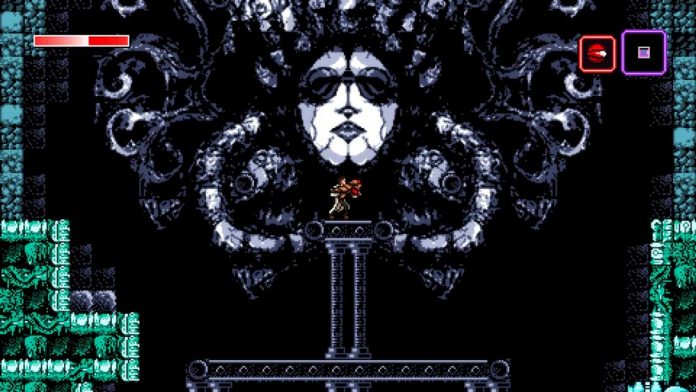 In celebration of Metroid turning 30 in Japan, which originally released for the Famicom Disk System on 6 August 1986, we’ve made a list dedicated to “Metroidvanias”, that is, side-scrolling platform games inspired by Metroid and Castlevania.

The games on our list purposefully don’t include any Metroid or Castlevania titles; those could be lists, or retrospectives unto themselves. Instead, this top 10 will be used to highlight the best of the other, lesser-known games eeping the genre alive when Konami and Nintendo aren’t utilising their full potential with these beloved franchises.

The original Alien is a notable influence on Metroid. Funnily enough no video game developer tried to do the opposite: make an Alien game with Metroid’s mechanics. Not until 2011 that is, when Gearbox and WayForward teamed up for Aliens: Infestation on the Nintendo DS.

The game itself takes place after the events of the first two films, wherein a group of Colonial Marines are sent aboard the USS Sephora. Players can switch between characters as they explore the ship in search of survivors. If killed that character will suffer permadeath and the next in line will take his/her place. If all solders die then it’s actually game over. It’s a nice twist to the Metroidvania genre, adding in strategy and survival-horror elements with the addictive gameplay of exploring every nook and cranny for clues and upgrades.

I could dismissingly call Monster Tale a “my first Metroidvania” kind of experience, but it’s much more than that. The cute graphics and ease of difficulty may scare off the hardcore gamers, but deep within, it’s an excellent addition to the list.

A young girl, Ellie, wakes up in a mysterious maze, finds a magical bracelet, and befriends a monster on her adventures to escape. This monster can help attack enemies, or solve puzzles, plus feeding it items will help it evolve. It’s like a mixture of Pokémon and Metroid and it’s amazing! Again, it’s definitely on the easiest side of things, which is a large contrast between it and Aliens: Infestation, but it’s good regardless.

Dust wakes up with amnesia to find himself next to a talking sword and a flying squirrel thing. He seeks answers. It’s definitely the darkest tale on here, representing a lot of political issues disguised in fantasy tropes including racism and slavery.

Aside from that, Dust: An Elysian Tale is an amazing blend of the exploring aspects of a Metroidvania and the complex combat found in Devil May Cry. It’s a great game strengthened by the fact that one guy programmed it. He had help with the music and a few other technical things but still, that’s a tremendous accomplishment for any budding developer.

There’s not enough video games that are inspired by Mexican and/or Spanish traditions and folklore. Guacamelee fuses popular video game and Internet jokes and throws in some of this mythology to create an unforgettable adventure. And like Dust, Guacamelee is all about heavy hits and building combos.

Juan seeks his love who has been stolen away from a dastardly group of hellish demons and an army of skeletons. He’s saved by a magical luchadore mask and is granted power to stand up to evil. The best part of Guacamelee, and why it stands out from others in the genre, is that it’s the only one to feature co-op. It makes a great game even sweeter with a buddy, or three next to you smashing evil into oblivion.

Headlander is the latest Metroidvania that’s come about and another reason I was inspired to make this list. From the quirky minds over at Double Fine, you play as a rocket head that wakes up from cryostasis only to find your body is gone and an evil A.I. is enslaving the rest of humanity.

Unlike other Metroidvanias, the gameplay takes a little longer to get used. The core traits of exploring a large open environment and upgrading your powers are still present, but as a floating head, you don’t have a permanent body. You steal soldiers and civilians in order to fighting through enemies and open up new pathways. If that body is destroyed, you’ll still be ok, but you won’t last long as a floating head. It’s tricky, but fun, and all around gorgeous: like a cheesy 70’s sci-fi painting come to life.

Shantae and the Pirate’s Curse

I’ve played every game in Shantae series, but Pirate’s Curse is definitely my favorite. Its no surprise Aliens: Infestation was good, as the original game was the birth of WayForward. I’d love to see them try to make another licensed property into a Metroidvania, but that’s another top ten to write.

As for this adventure, Shantae is must  team up with her rival, Risky Boots, in order to stop a greater evil. Magical powers and whip-like hair are her weapons, harkening back to the more Castlevania side of things. Now unlike most of these, Pirate’s Curse has an over world with multiple islands. Each map presents a new maze with dungeons within as well. It’s more open than a typical game in the genre, but I still think it deserves a high place on this list. Plus it’s downright adorable.

Cave Story is the granddaddy of indie games before they became a huge thing. Developed by a single Japanese programmer in his free time, this little gem is another example of how hard work and dedication can create something brilliant given the time.

Playing as a young android working your way through a cave filled with monsters, you find a gun to defend yourself not belong before a group of rabbit like beings ask for your help. Great mechanics, beautiful pixel art, and a story that’ll intrigue you till the very end, Cave Story is well worth a place on this list. Metroid and Castlevania may have inspired it, but I think Cave Story itself inspired others to be inspired by them as well. Make sense?

Like Dust and Guacamelee, Muramasa: The Demonblade is heavy on combo driven combat. As either a young princess, or a ninja, players must traverse through the land of Japan for answers and revenge respectively. It originally released on the Wii, but there’s also a PS Vita port of it as well and in my opinion that’s the best way to play it.

It’s from the fantastic Japanese developer, Vanillaware, who has a knack for crafting video games that look like artistic masterpieces no mater what console they debut on. It’s a lose Metroidvania in many senses although it does take place in an overarching world and there are barriers that guard passing, although they’re only broken through new swords so it’s not a quest of ability, but I’ll accept it anyway.

This one is probably the biggest stretch to include in this list, but hear me out. Technically Rogue Legacy is a roguelike. As a family of warriors, you and your lineage have a curse to fight inside this castle for eternity. The castle is randomly generated along with the next heir. For example, one member may be colorblind so the world will be black and white. Not all traits are bad, but you get the point.

Equipment and stats carry over in the form of a skill tree and a shop. Focusing gold into either will help strengthen the success of your family. The castle has four inner sanctums and while none of them are require special abilities to reach, acquiring better skills and equipment will help. It’s a loose connection, but it’s one of my favorite games in recent memory. This list would lost without it.

Without a doubt, Axiom Verge is one of the best Metroidvanias of recent times. It’s a fantastic testament to the genre and probably the most Metroid-like of all the others on the list. It was my personal game of the year when it released on PS4 in 2015. I’m falling in love with it all over again this year with the PS Vita port.

You are Trace; a scientist who ends up in another dimension after a terrible experiment went haywire. With the help of an A.I. he’s trying to find his way home through hordes of villainy. There tons of unique weapons, giant bosses, and an amazing soundtrack. Plus it has one of the best level designs I’ve ever seen. And yes, a single man also developed it. Axiom Verge is a delight from every angle.