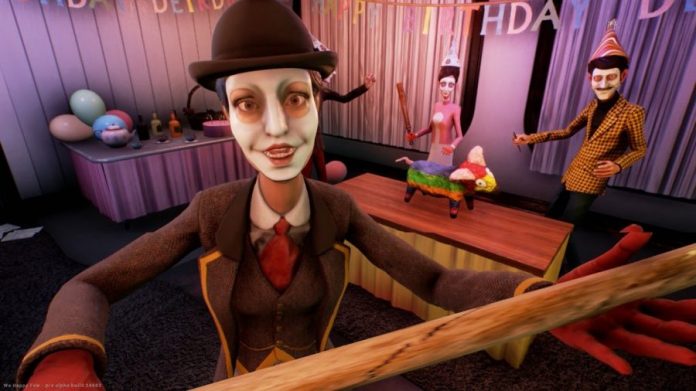 Video games leave nothing to the imagination.

Unlike books that allow readers to imagine the details for themselves (except for some novels that excel at describing things in detail), games serve players with a pre-rendered, pre-imagined universe. Sometimes more realistic, other times creepy and weird, taking them on a trip without feeding them anything.

Some of the games that made it on my list are less known, often considered less-than-good (I don’t want to say “bad” outright because all games deserve a chance). Note that I’m not discussing their gameplay or plot but the universe all these happen in.

Video games often rely on premises like “aliens exist” and “magic is real”, but none of them do it in such a creepy way as Indigo Prophecy. Players take on the role of Lucas Kane, an average Joe (or so he seems) going on a killing spree without even being aware of it. He’s not in control, it seems, as he is possessed by a mysterious “Oracle” seeking to locate the Indigo Child through ancient rituals that require human sacrifice.

The story seems cheesy at first, but if you play, it becomes as weird as it can be.

No, I’m not talking about the sequels, but the original, the first, the one that has turned 20 this year. According to the story, the game happens in a parallel universe, seemingly one that popped out of H. P. Lovecraft’s twisted mind. The game is as simple as it gets: kill’em all, proceed to the next level, repeat. For a long time, I didn’t even know about its backstory involving a parallel universe. Coupled with Trent Reznor’s amazing soundtrack, Quake is a game that’s as weird as it gets.

MDK was nothing less than state-of-the-art back in the 1990s when it was released. It tells the story of Kurt Hectic, a janitor with a weakness for Goulash, saving the world in the strangest alien invasion ever. Parachutes, homing snipers, the world’s smallest nuclear bomb, and an occasional cow make the game what it is today – an amazing and weird stroll through an alien madhouse.

Speaking of Shiny, there is another game – a platformer – that shows just how weird their designers’ minds could be: the Earthworm Jim series. If a worm in a space suit wouldn’t be weird enough, there’s the weapons, the enemies, the pigs, and the cows (again!) to make it feel like a trip to bedlam.

Even the creators have admitted (through naming it) that their video game universe is odd. But it’s an incredibly detail-rich one, which made it one of the most beautiful games released in the 1990s. Invading aliens, spirits, and possessions make this game work, as well as the puzzles the players have to solve.

Set in a future where humanity has learned of implants and psychic powers, the player needs to explore two stranded spaceships filled with some of the creepiest opponents ever invented. Perhaps the creepiest of them all are the Hybrids, walking around armed with rods or shotguns, mumbling words that remind the player of Clive Barker’s famous Cenobites. It’s a unique combination of high-tech and the willpower of the Many.

A retro-futuristic adventure beneath the sea, with superhuman creatures and creepy little girls, and an amazing atmosphere. Ken Levine, the lead developer of the game, was well-known for his work on System Shock II. The two games resemble a bit, if not in their looks, but in their weird atmosphere and creepy moments.

Any game created by a Japanese team may seem creepy and odd to the Western player, but Siren stands out of the crowd. With its setting – a village pushed out of our reality into a realm beyond time and space – and its graphics, using real human faces projected on character models, it has an amazingly creepy and strange atmosphere, that’s often scary as hell.

A trip to an alternate Wellington Wells in the 1960s, where the inhabitants try to forget the unspeakable horrors they went through by consuming “Joy”, a hallucinogen that makes them happy all the time. Just like in Equilibrium (with Christian “John Preston” Bale), those not using the stuff (the “Downers”) are hunted down and killed by the happy-happy society. A metaphor, a parable, or the Brave New World? Whichever it is, We Happy Few is the creepiest and strangest game I’ve ever had the occasion to try.

Bioshock: The Collection is Now Xbox One X and PS4 Pro Enhanced