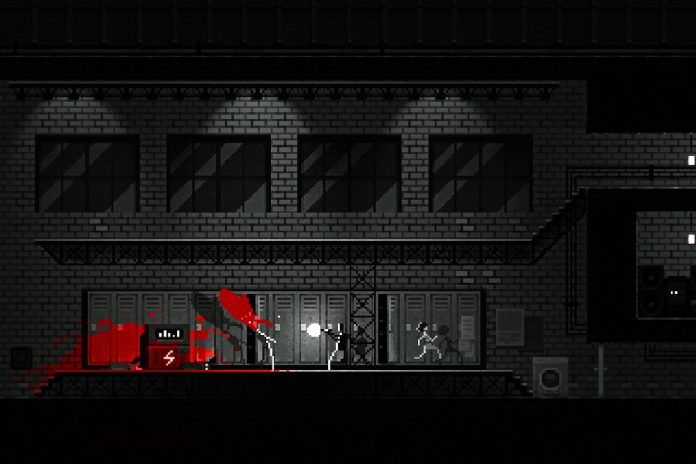 I feel like we’ve all started getting tired of playing games about the zombie apocalypse.

Most of the time it’s the same old thing: all hell breaks loose and you have to fight through hordes and hordes of zombies to get to safety. Maybe the zombies have strange abilities like they can blow up or shoot their horrifically long tongues at you and choke you out from a mile away. The genre is tired and used. But what would you say to a game where you’re not fighting against the zombies, but are instead, their overlord? Zombie Night Terror is a 2D sidescroller pixel art game where you control hordes of zombies as they try to infect as many people as possible.

Zombie Night Terror, developed by NoClip, is a Lemmings-like puzzle game where you control a group of zombies hell-bent on destroying humanity. It all starts at the Palace movie theater where a guy with a sick afro decides to start taking a drug he calls “Romero,” at which point I realised this game was already winning me over by wasting no time with the tongue-in-cheek references. Of course they’re infected with something named after the king and inventor of the zombie genre as we know it today, George A. Romero. After Afro Dude takes a swig of Romero you’re given access to three more vials of it and have your pick of who to infect. Once your four zombies are infected they make their way across the map, infecting anyone they run into. It’s as simple as that.

When I say “simple” I mean, simple as that for just the first level. The further you get into Zombie Night Terror the more difficult the levels become and the more strategy you have to use to keep your zombies alive. As you move forward there’s tons of ways for your zombies to die, erm… well, die again, that is. There’s a lot of civilians that will be well-armed with clubs and guns ready to play hero and whack your zombies to the ground. The terrain of each level is also another way that many of your zombies could die. If they fall from too high of a height they’ll break their undead necks and no longer fight for you. If you really love a challenge, each level features a creative bonus objective for you which adds even more difficulty and replayability to the levels. Looking at you my fellow completionists. 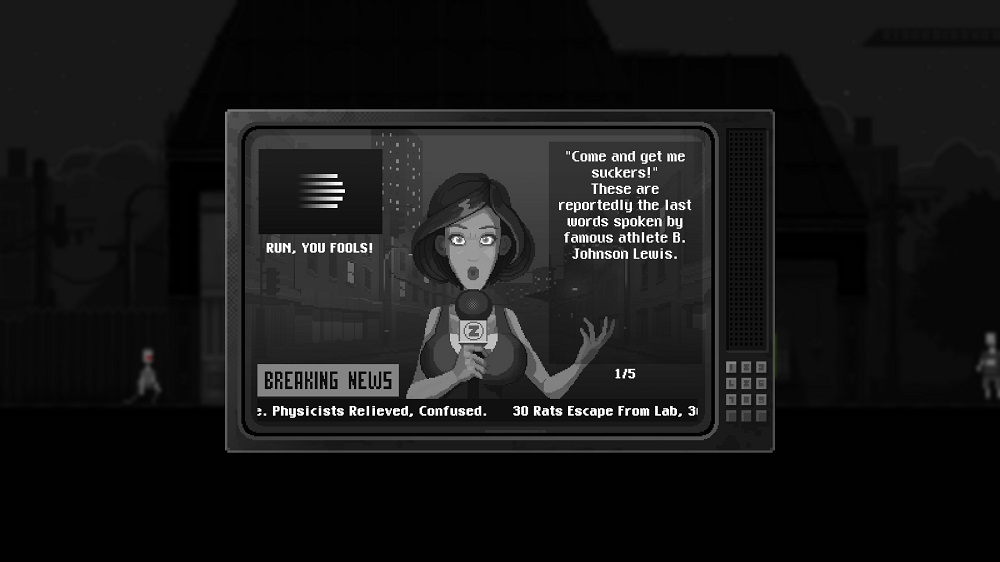 Along with the vial of Romero virus that you’re given, there’s also tons of other zombie upgrades/weapons to use throughout the game in order to help your zombie horde grow and destruct. Your first ability is called Overlord, in which you can infect a zombie, who then becomes glued in place, commanding the direction the zombies should go when they touch him. For example, if the zombies are coming towards the Overlord who is on their left and your overlord is pointing (wildly gesticulating, really) right your zombie will turn around and start moving right. Overlord is a tool used to stop your zombies from falling into places where they’ll get stuck or die, but can be used for other things later in the game. Other zombie upgrades include exploding, jumping and running. You can even turn your zombies into horrifying giant tank-like monsters. There isn’t an unlimited amount of upgrades you can useduring the level, however. You sometimes have to sacrifice a few zombies to collect DNA and then use the DNA to upgrade. Each level you’re given a certain amount of DNA that you can use so you have to be strategic about how to use it.

The graphics, music and story of the game are part of what really makes Zombie Night Terror a puzzle game that sticks out to me. Not only is it creative in that you get to play as zombies rather than survivors in the zombie apocalypse, but your zombies almost seem like the good guys in this backwards story due to the people that you come across. During a boss battle with a drug lord in the game I found myself cheering on my zombies – loudly and obnoxiously, I might add. The music and style of the game has a cool 80’s horror B-movie feel to it, and when you add the overacted screams and gross sound effects to the mix it really adds a touch of class. The graphics of the game are a mix between the pixel art that’s grown very popular recently and something totally different. It’s easy to tell what’s going on and despite the zombies and other characters all looking pretty similar, I really loved the look of it. All of the red blood on the classic black and white background was intriguingly cool, and the animation for when people get infected and turn into zombies is fantastic. 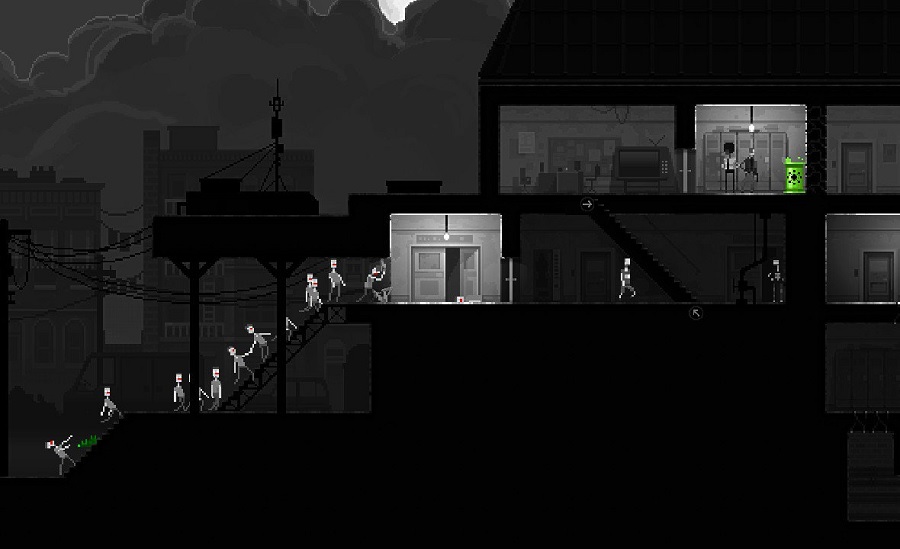 The only problem I had with Zombie Night Terror was that from level 4 onward I had to try the level more than a few times in order to beat it. Don’t get me wrong, I love a difficult puzzle game as much as the next gal, but when I have to resort to asking my Dad to watch me play a level and see if he can figure out what I’m doing wrong, maybe the difficulty could be turned down a notch. Zombie Night Terror might not be for every gamer out there but for those looking for a challenge, it’s a really fun and creative addition to the zombie apocalypse game genre. I recommend checking it out for a good laugh and a bit of a head scratch.