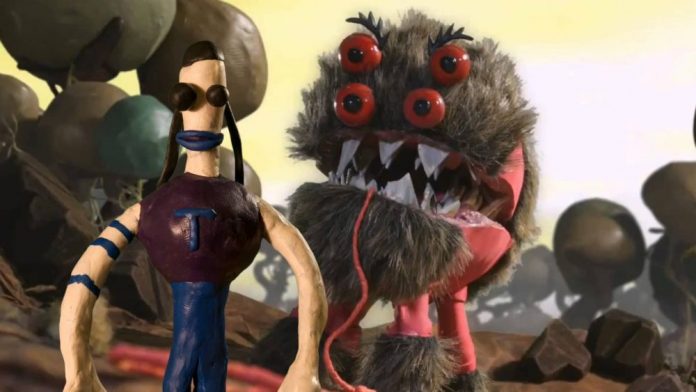 For PC gamers, the point and click genre has been a highlight over the years, with classics like Grim Fandango, Monkey Island, and my personal favourite, Broken Sword still standing the test of time to this day.

With the advances of technology, the popularity of games consoles and a culture that increasingly favours action over thought-provoking puzzles however, point and click games have undoubtedly fallen by the wayside, or at least changed so much that they are hardly recognisable as point and click games anymore.

On console the situation is even direr, with only a few true point and click experiences ever making the jump from PC, and even less rather successfully. Released earlier this year on PC, the latest title to bravely make a leap to console is Armikrog, a charming stop-motion animation adventure from the mind of Doug TenNapel in partnership with Pencil Test Studios. Unfortunately, whilst it fared fairly well in our review of the PC version, on Xbox One the experience is somewhat less enjoyable.

It’s not because anything in particular has been changed. On the contrary, it’s actually because one aspect hasn’t been changed enough: the controls. Putting you in the shoes of Tommynaught, a space explorer who has crash landed on a planet called Spiro 5, and his trusty dog-like companion, Beak-Beak, Armikrog has you puzzling and adventuring your way through the titular fortress using the left stick to control a cursor. It literally is the same point and click experience that can be had on the PC. The trouble is that this control scheme just isn’t intuitive with a pad at all, especially when undertaking many of the game’s more involved puzzles. In fact, the only change that has been made – a feature that “snaps” your cursor onto certain movable objects when you move in close during certain puzzles – causes even more frustration. Some sliding piece puzzles that require you to move tiles into a rotating receptacle to distribute elsewhere, for example, were made unduly troublesome and aggravating by the cursor constantly snapping to tiles when I actually wanted to grab the receptacle to rotate it. It’s issues such as this and the general unwieldiness of the controls that really make Armikrog just not as enjoyable to play as it should be. 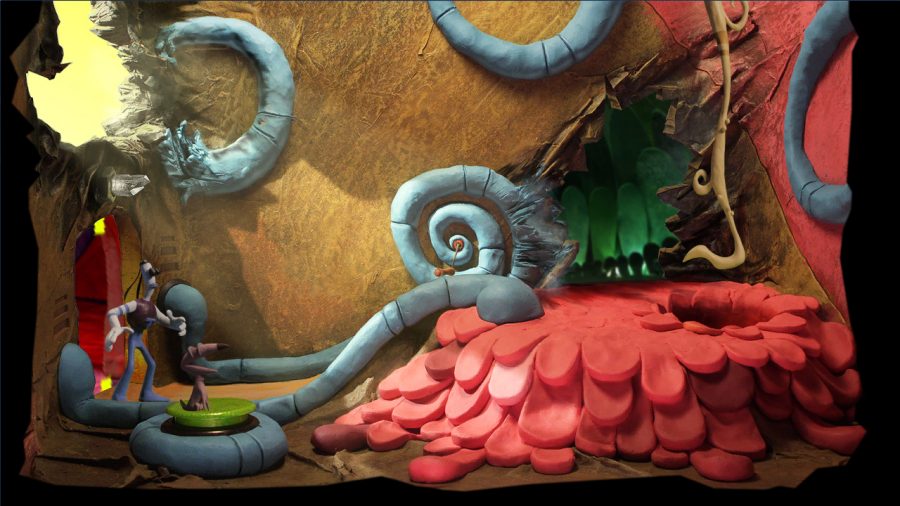 Aside from the control issues that are only applicable to this console release, Armikrog also has a number of other quirks that limit your fun too, quirks that remain unresolved from the PC release. Many of the puzzles, for instance, are poorly conceived or utterly obtuse, and there’s an awful lack of direction that frequently puts a halt to your progression. Those who are finely attuned to Armikrog’s brand of obscure puzzles will breeze through it in just a few hours, making it a rather brief experience, but most players will find the running time painfully padded out as they wander across screen after screen trying to figure out where to go or what to do next. Inevitably this will lead to many resorting to using a guide. It’s also disappointing that whilst the game is much more polished than the PC version at launch, there are still some glitches here and there that can both irritate and bemuse.

For all of Armikrog’s wrongdoings however, it has a certain amount of charm that does make it an interesting prospect for the ardent gamer that keeps the point and click genre close to their heart. Most of this charm is assuredly the result of the game’s audio and visuals, which are both brilliant. Tommynaught and Beak-Beak are both wonderfully designed and animated, as well as the world around them – you can tell that Armikrog is a labour of love. The care and attention poured into its presentation pays off too – despite being a brief game that’s light on dialogue it effortlessly manages to make you form an attachment to the main characters and their plight – that’s quite an achievement.

All in all then, Armikrog on the Xbox One isn’t as good an experience as it was on the PC, which still wasn’t perfect by any means. Its puzzles aren’t particularly strong, the control scheme is problematic, and it has the odd technical issue, but yet for fans of the genre it’s still worth a playthrough if only for the beautiful audio and visuals and likeable characters.

Armikrog is available on PC, PS4 and Xbox One. This review is based on the Xbox One version of the game.