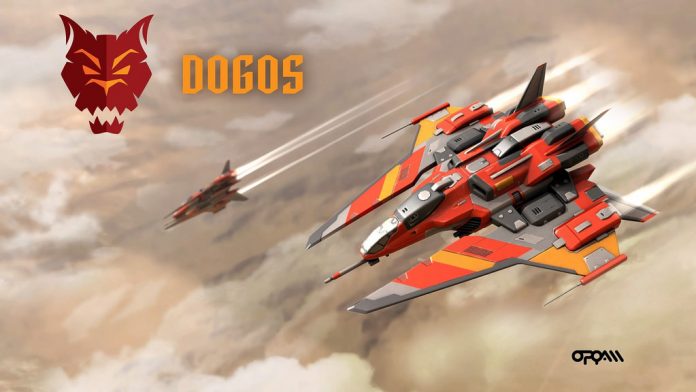 DOGOS takes place in a world where mechanically enhanced humanoids from space, Zeetnuks, have taken over Earth fifty years ago. You, Desmond Phoenix, are the last DOGOS pilot in a rebellion to take back the planet.

The story of DOGOS is told during gameplay between yourself and your coordinator, Europa, as you blast away alien scum. In between missions, Joe will also read through diary entries in a style similar to a zombie apocalypse, which is where the narrative loses it for me. For a space shooter it takes itself too seriously and doesn’t fit the gameplay plus it ends on a limp note, raising a victory flag, without really giving much context throughout the journey. It’s a weak narrative with equally droll voice work.

Gameplay is a weird mix of classic shoot’em ups, or schmups, and new ideas. It’s a top-down, open environment shooter that transforms during certain sections of the game. For example, each level is open-ended with objectives sprinkled in, allowing the player to tackle some situations with altering paths. Some boss fights morph the game into a fixed, vertical perspective. Then there are auto-scrolling sections wherein your ship runs through canyons, dodging obstacles and enemies at top speed reminiscent of the trench run from Star Wars.

At the start you’re given four options of difficulty settings, two ships, and customisation for whatever vessel chosen including altering air and ground weapons along with ship colour. Each ship has altering stats, but they play relatively alike with the same weapons and skins. Let’s say for the sake of argument you want to try out the other ship after beating the game. Well, you’re not in luck because there is one save file for DOGOS. That means if one wants to start a new game it completely wipes the previous file. 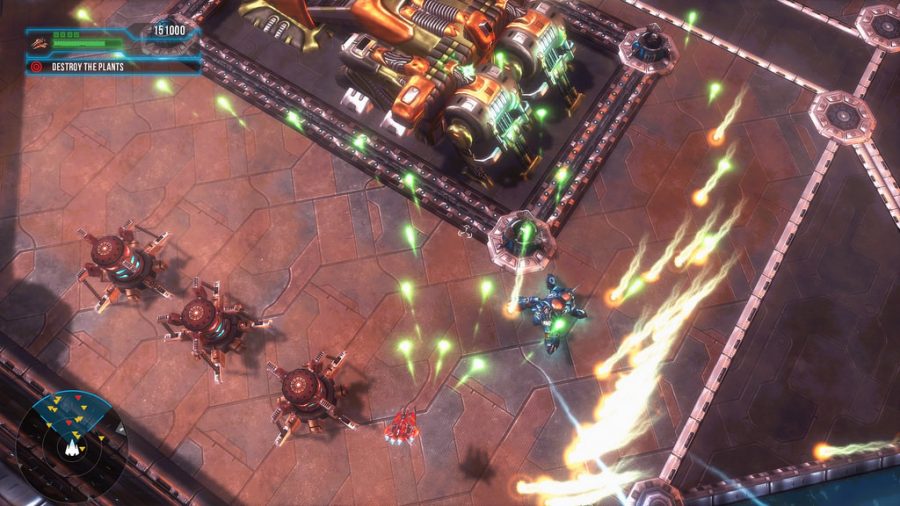 As a reviewer I felt it necessary to test both out so all my progress was completely wiped, I couldn’t go back, and the other ship I choose really did feel the same – aka my test was pointless. Cool decision DOGOS, he said sarcastically, as he smashed something in a corner. Why would you offer two ships if you can’t even try each out the other for fear of deletion? It’s mind boggling to me.

The confusion doesn’t end there, but it’s not all bad. In fact some elements felt refreshing to the genre initially, but after hours of gameplay, a few issues started cropping up. The auto-scrolling segments in particular were nauseating, killing me if I just so much as grazed a wall, or enemy, sending the ship back to the beginning of that section. If you’re playing on Very Easy, which allows for infinite lives, it’s fine, but the rest of the difficulty choices only provide three lives per mission making these trench runs more annoying. Despite what hardcore gamers may say, I recommend Very Easy, as I don’t want others to suffer as I did.

The open levels, again, are a nice touch, but even they have flaws particularly with speed. Your ship is slow without any kind of a boost and sometimes you have to backtrack multiple times on a map, which sort of deflates the novelty of an open schmup. Actually playing the game feels solid when faced against air enemies, but no matter what ground weapon I choose, neither of them felt effective like the hit detection was off. By this point, dear reader, you probably noticed I have a lot of complaints with DOGOS so let’s just get them all out of the way. Before I begin I want to clarify I am not developer, nor do I know how games are made, and what trials this one went through during it’s creation. That said let’s tear through it.

Any other modes would have been great being it a boss rush, or especially a co-op option. The ship moves too slow so I would suggest a boost option, or tweaks to the controls. Speaking of which, the ground weapons are bad. There should be multiple save slots and if not then remove the other ship as it’s too similar to the other to negate any feelings of resentment if someone deleting their save. I’d even suggest to work on the story, or remove it completely as well. Phew, is that it? 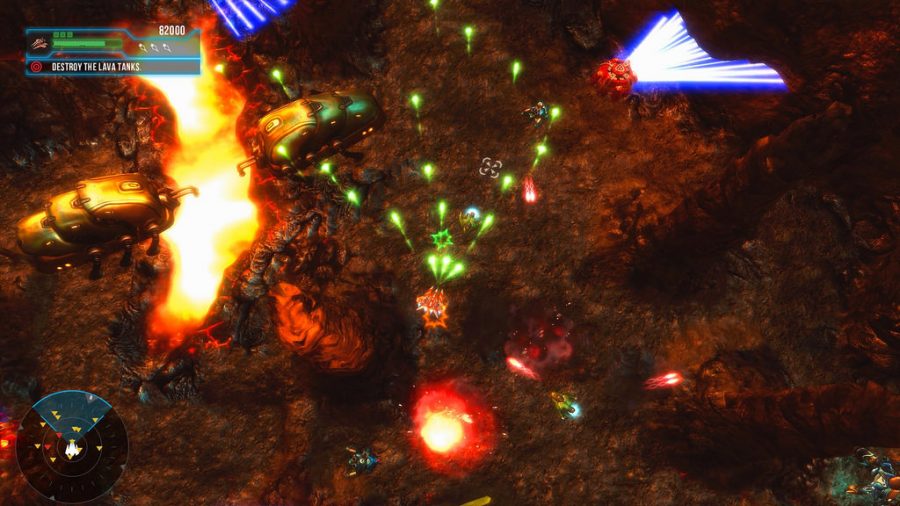 Oh wait, right, I haven’t talked about boss battles, which for the most part are excellent aside from a couple things. One, there are no health bars so encounters seemingly last forever. One boss in particularly felt like I was blasting away at nothing without the slightest hint of it about to die. Second, the last three bosses, and the aforementioned ending in itself, was an awful letdown. Literally the last three levels are the same boss albeit with different powers, but man, what a deflated balloon of a finale. I kind of want to spoil it here, but I think I’ve ranted for too long at this point.

It’s not like I didn’t have fun with DOGOS, but every small thing added up to a headache. It felt like too many new ideas to the genre without enough play testing. I like the style of it, which reminded me if someone modding StarCraft into a shoot’em up. My issues have been documented enough already so I won’t digress. It’s an exact middle of the road kind of game that could have been something great for the genre if the execution was better implemented. As a fan of schmups, and the indie scene in general, it didn’t feel great to tear DOGOS apart.

DOGOS is available on PC, PS4 and Xbox One. We reviewed the PS4 version.