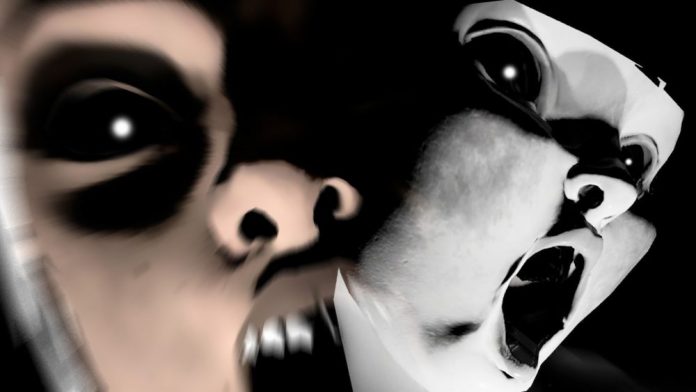 Emily Wants to Play is a simple, yet extremely effective horror from the mind of Shawn Hitchcock. As one of the best jump scare games around, it has gained a loyal following on the PC, and is now ramping up to terrify a whole new audience on PS4 and Xbox One.

Now, I love a good horror game. Granted, I sometimes have to take a break to soothe myself with a cup of tea and a few words of encouragement, but normally, I don’t get creeped out too easily.

The first time I tried Emily Wants to Play, I had to wait for my fiancé to come home to continue playing it. After just a few minutes of gameplay, I found myself full of dread, so I couldn’t wait to explore the surprises it had in store (once I had a playing buddy, of course).

Emily Wants to Play’s concept is simple, and exploits all the traditional horror tropes wonderfully. You’re a run-of-the-mill pizza guy making one of his last deliveries of the night. The door is open, and the house looks like it’s being packed up for a move, but there’s no one to be found. The front door locks behind you. That’s nothing to worry about, right?

As you explore the building, you find notes from a child that apparently lives in the house, as well as audio messages that reveal the house’s sinister past. Doors open and close by themselves, the electrics are playing up and you keep seeing things move in the shadows. The best part? You’re all alone. At night. Unarmed. Wonderful. 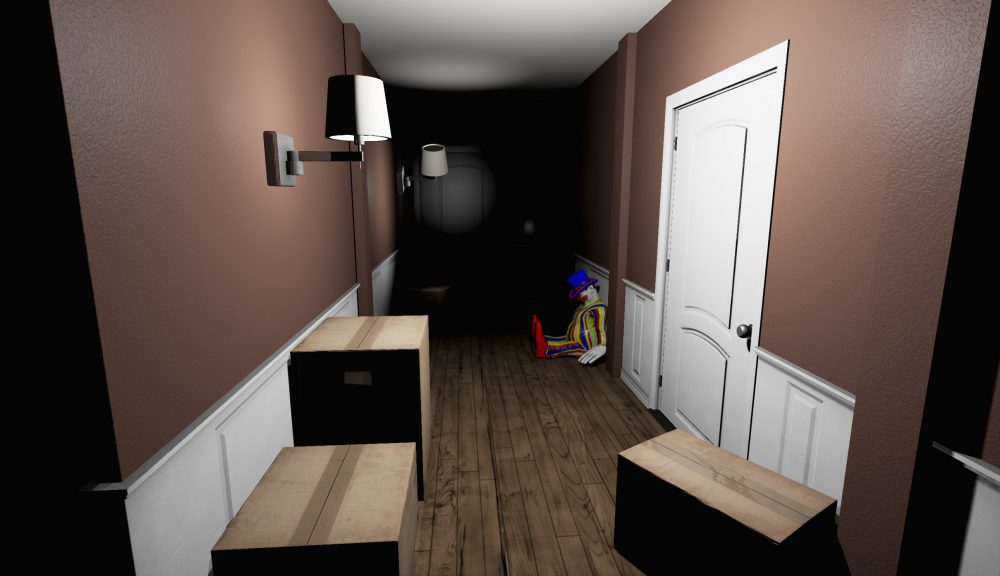 Once it turns midnight, things really start to get interesting. As each hour passes, you encounter a new friend of Emily’s – her super creepy toys – whose only desire is to mess with you and kill you. It’s up to you, oh mighty pizza delivery boy, to make it through the night alive using just your smarts and quick reflexes.

The controls are nice and simple, so even if you’re absolutely bricking it, you’ve still got a chance of evading the creepy entities that lurk within the house. L1 or X serves as your torch (if you have one), L3 is sprint and R1 is the action button. The game also clearly shows you how to quit. I initially rolled my eyes at such an obvious boast at the game’s scaring abilities, but ended up rather grateful for this knowledge, as I quit from fear and frustration more than once.

Much of your survival depends on your ability to observe your surroundings. Each of Emily’s toys (and Emily herself) have a battle cry; whether it’s an unsettling laugh or a booming chuckle, that lets you know that you’re no longer alone. There is a trick to defeating each of Emily’s friends, but be warned – the toys are here to mess with you, not help you, so beware of any messages you find scattered throughout the house.

Fortunately, Emily Wants to Play is merciful in the way it saves at the start of each hour, so you won’t lose too much progress if you fall victim to a jump scare.

While the game isn’t long (it provides just over 30 minutes of gameplay in total) it can become extremely repetitive. Once you have figured out how to defeat each enemy, you’re trapped doing the same thing over and over again until the next enemy arrives. 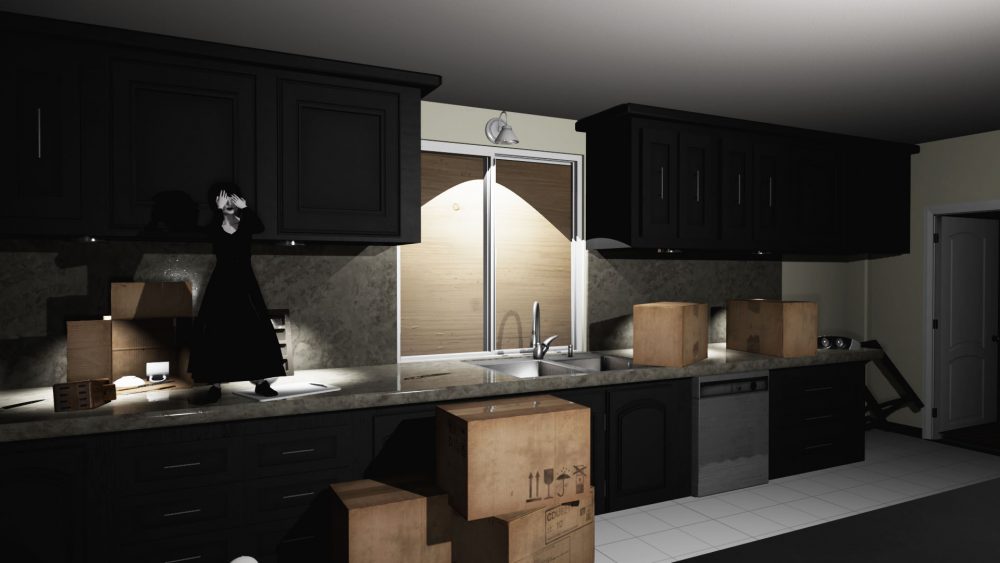 My initial impression of Emily Wants to Play was really positive. It creates a disconcerting atmosphere rather quickly and does jump scares unbelievably well. But after a few plays, it becomes quite clear that a lot of your success comes down to sheer luck. Each enemy has a different set of mechanics. For example, you may have to stand still to defeat one toy, but sprint off into the next room to thwart another. If both spawn at the same time, no level of skill is going to save you, so try not to get too enraged when you’re murdered by a doll for the eightieth time.

Emily Wants to Play will not hit the spot if you’re looking for an immersive story that you can really sink your teeth into. If you play it for too long, it can become repetitive and more tedious than anything else. However, it achieves what it sets out to do fantastically – scare the absolute bejesus out of you. Even if you’re only watching a friend play, you’ll still want to roll up into a ball and weep by the end of it all. At just $4.99, Emily Wants to Play provides cheap thrills that will set your heart racing and leave you feeling uneasy when you’re home alone.

Emily Wants to Play is available on PC, Xbox One and PC. We reviewed the PS4 version.