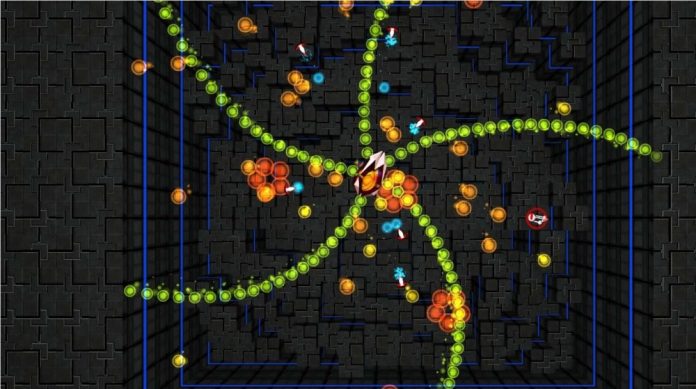 That’s what awaits those jumping into Neon Squid Games’ Endless Burst. If you have experience with bullet hell games, you won’t get much new content from here. But if you’re a newbie to the genre, Endless Burst can bring you up to speed. It doesn’t feel as fresh as the coat of paint that makes it pop with colour, and while it mainly keeps the genre planted, some parts move in the right direction.

Bullet hell style games can make you feel like a magician. Clearing a stage, room, or boss while gracefully dancing between hundreds of bullets without taking a hit can really bolster your confidence. The downside of that confidence, in this genre at least, is that you’ll feel more powerful than you really are. Timing is key and Endless Burst definitely utilises that point. Although you might not see or do anything you haven’t in a bullet hell before, you’ll at least feel comfortable if you have the experience. The game sounds and looks more impressive than it plays, but it’s not all bad.

Your first venture into Endless Burst probably won’t last too long, but it’s not entirely your fault. The ship you start with (obviously) isn’t insanely powerful. But your first run should net you enough currency to purchase some upgrades to get the ball rolling. Basically, you start each mission inside a random dungeon-like layout and you must dodge and blast your way out. Entering each missions’ boss fight requires a key, or several, depending on how difficult the mission is. Keys are earned through mini-boss fights, which stand as great tutorials for the real deal. Learning the mechanics of them will increase survival among bosses tenfold. Moving through each mission is easier said than done in some cases.

The nice thing about a game like Endless Burst is that the difficulty only ramps up in one department: more bullets. As long as you’re agile and precise, the difficulty never ramps up beyond a doable range. Which is also one of lesser points of the game. Enemy, and even boss variation, is so limited that no one enemy feels more threatening than the last. If you can beat one you can beat them all. Which, like I said, is why the game feels like a good tutorial for bullet hell rookies. What does standout in Endless Burst though, is its variety of usable ships. Whether you prefer to run and gun, play tactically, or snipe your enemies away, there is a ship you can slide in to. Each ship plays a little differently, but mastering them all isn’t as scary as it might seem. 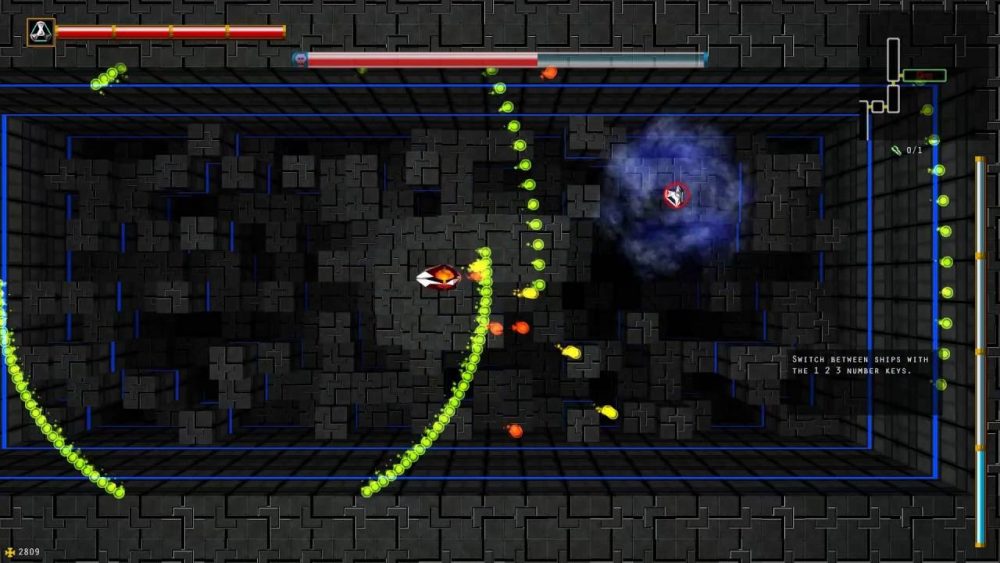 Ship selection operates on a grid system. Columns designate Duelists, Gunners, and Tricksters. Rows designate Ravagers, Engineers, and Assassins. That way, there is one of each type of ship: a Duelist Ravager, or a Trickster Assassin, for example. Duelists are more of your melee(-ish) focused ships, no shooting required, while Gunners are, well, gunners, and Tricksters utilize reflection style attacks to send enemy bullets back. Upgrades work for entire groups: upgrades apply to all ships within the same row or column of the one being upgraded. The upgrade system is economically sound and functions like a well-oiled machine. It allows you to splurge without feeling irresponsible or neglectful to a certain ship.

If you’re not running missions, you can try your hand in either Boss Rush or Custom Missions. Boss Rush allows you try take a break from dodging hordes of enemy bullets and focus on just dodging one set of bullets. You standoff against boss after boss, without any real payout or sense of accomplishment. While it is a good practice mode, in a sense, it feels more like a detour than an extra feature. Custom Missions only find their fun once you unlock modifiers through achievements. There, you can pick difficulty level and modifiers to scale up the carnage or difficulty. While both Boss Rush and Custom Missions are fun side-quests, they don’t add much detailed content to the game. Endless Burst is best enjoyed in its standard missions.

Once the dust has settled, it’s hard to say anything extraordinary about Endless Burst. It’s a typical bullet hell game that doesn’t do much more than the bare minimum. It’s got a beautiful aesthetic, great sound, and a fantastically appropriate soundtrack. A solid upgrade system and ship selection will keep you going for a while, but that flame will burn out. It never really felt like Endless Burst was trying to be different, or introduce something new. But, even so, it stayed the course at the very least. If you fancy some mindless destruction and hand eye coordination practice, fire it up.

Endless Burst is available on PC.