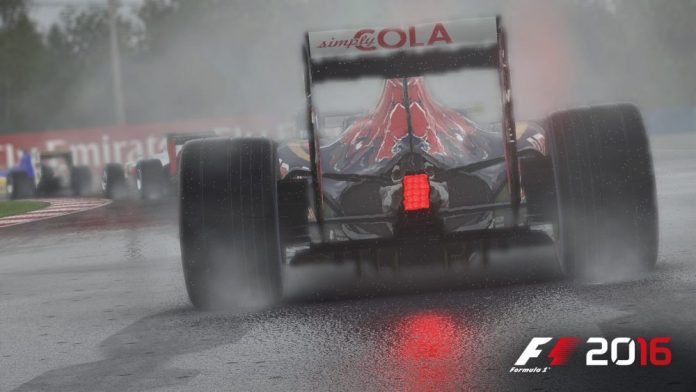 For the past few years Codemasters’ F1 franchise has been sorely lacking.

F1 2015, released last year, was (in my opinion) by far the worst of all the F1 games released by Codemasters. The much-loved career mode from previous games was stripped down and, other than a pretty solid driving experience, the title was devoid of any exciting or compelling features. Thankfully, Codemasters seem to have really learned their lesson with F1 2016. They have forgotten about and moved on from all the poor decisions made in the past few iterations and their most recent foray into the Formula One might be the best one yet.

The biggest improvement that Codemasters have made is strikingly obvious. The career mode is back, and better than ever. After choosing your avatar and customising things like nationality, name and helmet style, you’re given the option to select which F1 team you’d like to drive for; out of all of them. Do you want to take a lesser team like Renault back to former glory? Or do you want to go straight in for one of the big boys like Mercedes or Ferrari and show what you’re capable of?

The career mode is extraordinarily polished. It’s not just a driving sim in this entry; more of a “live the life of an F1 driver” mode. At the start of your career you meet your agent, who, throughout, provides you with goals to aim for and will alert you to offers from other teams. You’re then introduced to your team’s engineer and he’ll be your go to guy for car upgrades and racing data.

This is all done in a sort of hub location which is different depending on the track you’re about to race at. Basically, you’re sat on a table, surrounded by loads of important looking people, with your laptop in front of you. Your laptop is super useful, it’s pretty much the main menu for any stuff that isn’t driving, giving you some good insight into the F1 world and adding to the overall immersion of the career mode. 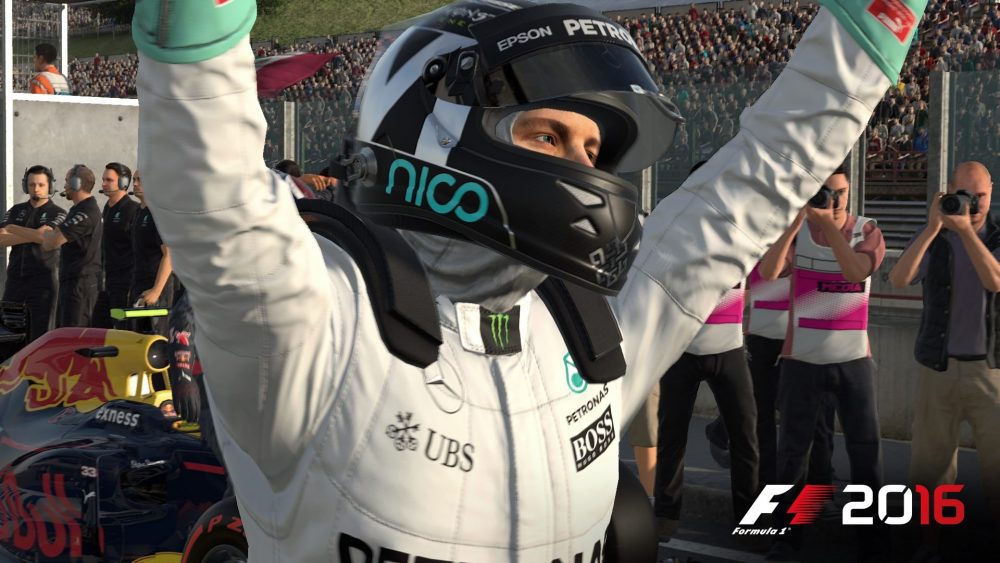 From the laptop you’ll be able to go to each race weekend. These all start with what many people consider to be the most boring part of any Formula One game: the practice sessions. Not in this iteration however. Codemasters have devised a super clever way of making practice sessions really have meaning. During each practice you’ll have three virtual programs you can (and should!) run. One’s purpose is to familiarise you with the track you’ll be racing on, one is to help you control in race tyre wear, and one is to get a prediction of what sort of pace you’ll be achieving during qualifying. All of these programs provide you with points, which you’ll use to upgrade your car. So the better you do in practice, the better your car will be for the next weekend. Smart.

I found the practice sessions to be some of the best and most fun parts of the game, giving you very clear goals, and providing loads and loads of data that any F1 nerd would find it incredibly difficult to not get excited about. Myself included. You’re able to see which corners you’re struggling on, and re-run the program as many times as the time limit will allow to try and get them spot on. Yes, all of this is very gamey, but Formula One is just one big game, so it really fits and works wonders in adding to the immersion of the career mode. Real world Formula One things like the formation lap and the safety car have also been added, stuff that F1 fans have been asking for in the games for years now.

The driving itself is the best it’s ever been. Codemasters recent Dirt Rally release has taught them a few lessons; they noticed from that title how much people just want a really solid, realistic, driving experience. This is what F1 2016 provides: you can turn off all the driving assists and get incredibly deep into nitty gritty Formula One territory, or you can play a lot more casually but still feel suitably challenged. 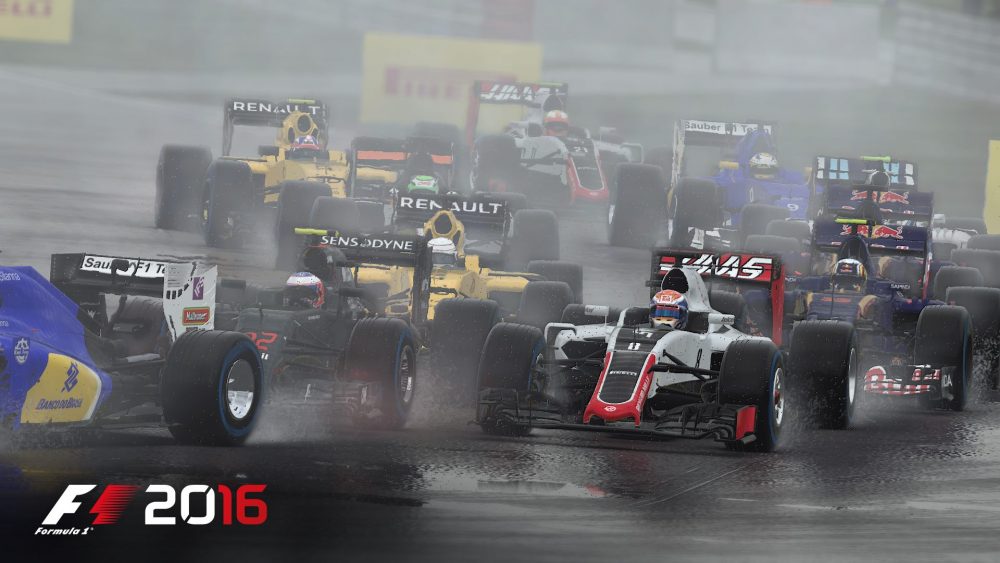 Stuff like car set up and race strategies are all taken very seriously here, giving you the option to switch set-ups on the fly, and allocate tires before the race weekend even begins. Codemasters have really succeeded in making the cars feel as powerful as they are, giving you the sense that any slight mistake you make will just send you spinning off into a wall or a gravel trap. This sense of being constantly on the edge is what makes every lap of every race exhilarating and great to play.

The one small gripe that I have with the game is the A.I. They are very convincing when racing against each other – it’s really exciting to watch A.I. Vettel race wheel to wheel with A.I. Ricciardo – but when racing against you they seem to be a lot more conservative, and on lower settings (all the way up to hard) pretty easy to exploit. Occasionally the A.I. will also make some completely mind-boggling decisions, leading to some pretty extreme crashes, especially on turn one of every race. I also found the visuals on PC at the highest setting to be pretty inconsistent; some sections of some tracks, depending on time of day, looking absolutely stunning, while others can sometimes look a little flat and dead. Some of the driver models also need a little bit of work.

F1 2016 is an exceptional game. While there are a few minuscule issues with A.I, these happened so sparingly that they had little to no effect on how much I was enjoying the game. The career mode is the shining star of the whole package; it’s so good it’s hard to think what they could add to it for the next game. It’s taking a few years, but Codemasters have finally got it very nearly perfect. Formula One 2016 is one of the best racing games I have ever played, and it’s certainly the best F1 game I’ve played since Codemasters took over six years ago.