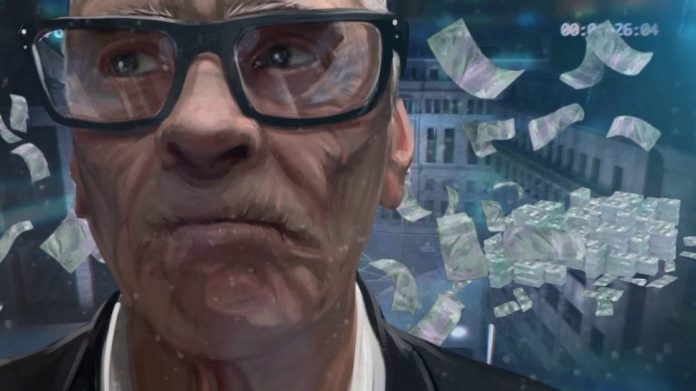 You don’t get many pure stealth games nowadays.

Filthy Lucre, the first game from English developer Fabrik, is a stealth heist game that fits more into the pure stealth genre than not – although for entirely the wrong reasons. You see, the gadgets and weapons you collect are set as either “tactical” or “assault”. And while your loadout will mostly consist of tactical gadgets, the game does recommend you take an assault weapon in case things get hairy. The problem is that while this sounds like Filthy Lucre is a game that allows you to be both stealthy and loud – and it technically is – the shooting section of the game is so poor that you practically have to sneak anyway.

However, other than the shooting (which you shouldn’t be doing much of anyway), Filthy Lucre is a pretty good stealth game. You play as a henchman for Ronnie, an aging cockney mob boss who, in his words, has been “done over”. It’s certainly nothing unique but the strong Michael Caine-esque accent adds some valuable style to the game’s rather strong initial presentation. As the hired goon, you, of course, have to do all the work. Missions take place in one of five locations in a top-down isometric perspective – like a stealthy Hotline Miami.

The four base locations – including a manor and a highrise penthouse – each have three missions which are unlocked in tiers as you complete the tougher bank jobs. To “complete” a mission you must accomplish its primary objective, ranging from stealing vital documents to poisoning a weed farm. Every level is large however and has numerous side objectives; three to four secondary targets, a hidden antique, level-specific challenges and the usual “don’t be seen” or “don’t set off any alarms” bonuses. As well as all that, every level is also strewn with money, ensuring you always have something to be aiming for. 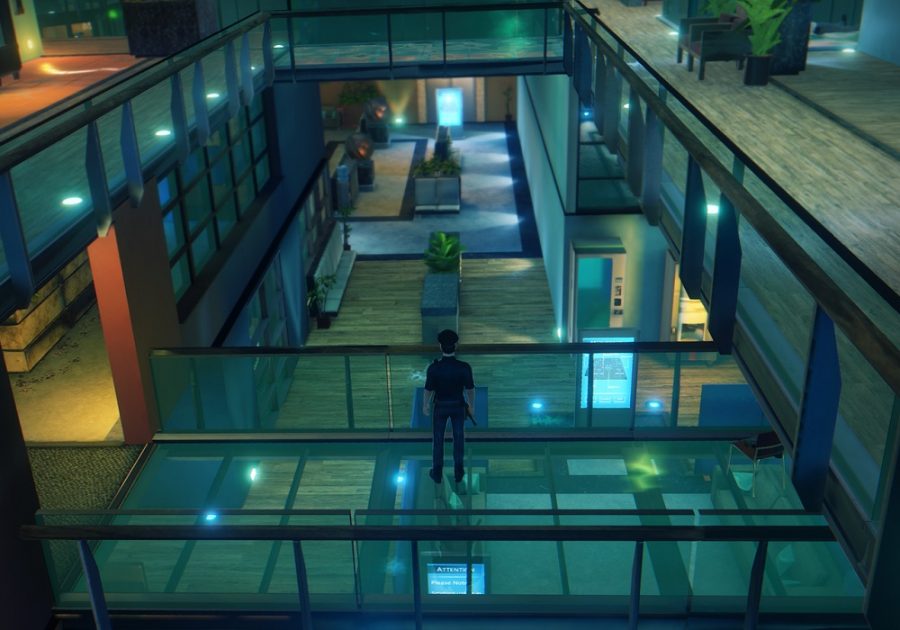 The better you do on a mission, the more experience and money you will gain. As you gain levels you can unlock new gadgets, and as you gain money you can purchase and upgrade them. It’s a basic progression system but one which always ensures you are, again, working towards something and becoming more powerful as the levels become tougher. Throughout your job, your heat level will rise as you begin raising general suspicions. Raise it high enough and an unkillable hit squad is sent out. Luckily, you can always leave a mission at any time – provided you can reach the exit, taking all the loot you have on you.

The heat system isn’t perfect, and neither is the AI. AI is always hard to do right in games like this, and Filthy Lucre is a mixed bag. One of the largest problems is that it’s just too easy; you will never have any problems taking out a lone guard and rarely have much trouble with two. They have no peripheral vision and can’t see dead bodies more than 20 foot in front of them. Sometimes they’ll do something intelligent like notice when a briefcase they were patrolling around mysteriously disappears – but have no reaction to when another guard they were chatting to the whole day never returns. The AI isn’t bad; it works, but it’s just a little too easy to take advantage of.

For the first few missions, stealth often follows the same pattern. Wait until a guard is alone, sneak up behind him and knock him out. If you can’t get behind him or he has company, make some noise, which the game allows you do with many, many things – such as a coffee blender or radio – he’ll come over to investigate and, again, knock him out. Initially it seems a little easy but quickly ramps up as the game introduces better defenses like “heavies” (guards in full body armour who can’t be knocked out), lasers and turrets.

While the first few missions are used to teach you the basic mechanics, you will soon need to use a combination of gadgets, tactics and timing to successfully make your way through levels. It can be tense stuff, and pulling off an entire mission with all objectives complete is an absolutely thrilling experience. Especially so when you consider you can’t save mid-mission. It might sound odd, but it so often happens that people resort to save scumming to complete stealth sections. It may partially disappoint people who want an incredibly tough experience, but the easier AI means that the 30-45 minute long levels can be done while still remaining challenging to the majority of players. 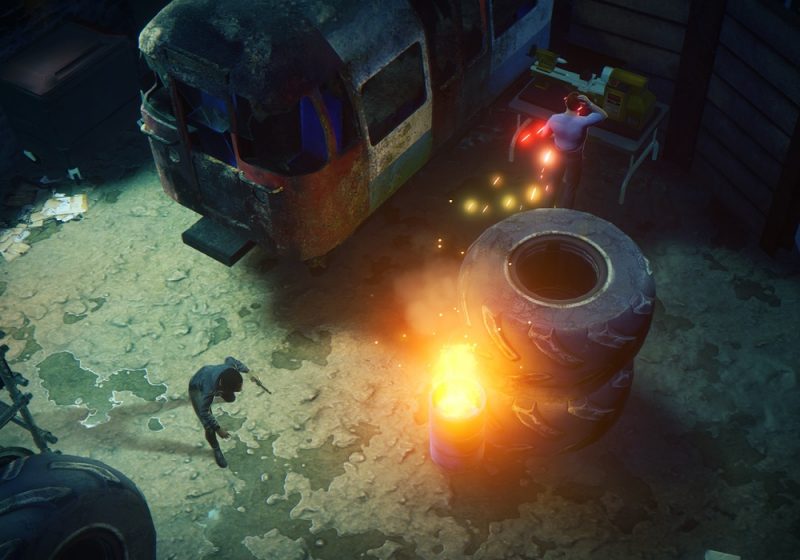 Another bonus to Filthy Lucre is all missions can played in co-op with up to two people. Depending on who you’re playing with this may end up being easier or harder, but can often be more fun – especially with a friend. The game does have its share of small problems, one of the worst being the fact that you can’t move or hide dead bodies – it’s outrageously silly for a stealth game! It adds a rather stupid second level of tactics to taking people out as you have to manage exactly where their body will fall and if it can be seen – the problem being you can’t control it. Eventually you can gain a gadget which allows you to hide bodies but only has up to three uses.

Your enjoyment of Filthy Lucre will entirely depend on how much you enjoy pure stealth – sneaking around half an hour into a mission as the music ramps up due to increased heat can be incredibly tense – but some people may just dislike having to start all over if you die. The shooting is bad, the AI isn’t great – and why, oh why can’t I move dead bodies? – but Filthy Lucre still succeeds in being a tense, and most importantly, fun stealth game.

Filthy Lucre is available on PlayStation 4.