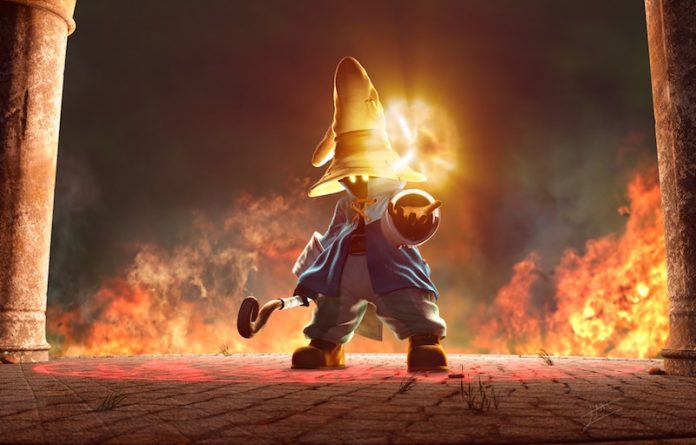 I recall that, for one of my early birthdays, I told my mother that I wanted to rent the original PlayStation console from the local video game rental store. The fact that video game rental stores still existed should put this story’s timeline into perspective for you. She agreed, and so I found myself on the living room carpet, sitting dangerously close to the television screen for two straight days. Two games came home with me: Crash Team Racing and Final Fantasy IX. After playing a few rounds of the former with my brother, I switched gears and placed the first of Final Fantasy’s four discs into the game tray and turned it on. The bad news was that I forgot to rent a memory card from the store and so I was unable to save the game and proceed to the second disc; the good news was that the first disc was so wonderful that I played it on repeat. Around a year later, I had a PlayStation of my own and a shiny new memory card.

Serving as a back-to-basics for the franchise, 2000’s Final Fantasy IX did away with the dark and brooding sci-fi nature of VII and VIII and returned to a more traditional fantasy approach. Gone were the days of muscular, tough-guy protagonists in exchange for a cast of characters that look like they came straight from the circus. Highly advanced cities were replaced by black mages, crystals and airships aplenty. It is undoubtedly apparent to many that IX garners its reputation based on nostalgia; while this is certainly true, it still manages to put a modern spin on story and characters, thanks to some fantastic localised writing. Dialogue is often intelligent, witty, and even thought-provoking.

” It is undoubtedly apparent to many that Final Fantasy IX garners its reputation based on nostalgia; while this is certainly true, it still manages to put a modern spin on story and characters, thanks to some fantastic localised writing”

This high-quality writing translates into some wonderfully fleshed-out characters, both in the main cast and in supporting characters as well. I had little experience with role-playing games prior to playing Final Fantasy IX, and most of what I had played was gameplay-driven, rather than by narrative – Diablo II, for example. I was quickly enamoured by the fantastically diverse cast and the way that they grew, both as individuals and as a team. Zidane, the main character, is a sassy and laidback thief; his overwhelming sarcasm and flirtatious nature lent themselves to create some of the game’s funniest moments. As he and his fellow thieves plan to kidnap the princess, however, each and every member of the group serves as a meaningful and memorable inclusion. Vivi, the young mage that travels with the group, is timid and pessimistic about himself. Even then, he earns the respect of the Queen’s faithful knight, Steiner, who resorts to calling him Master after a heroic rescue. The previously mentioned Princess Garnet surprises players by revealing herself as one of the strongest characters in the cast. Right before Zidane captures her, the player finds out that Garnet has her own agenda and wants to be kidnapped. Each character’s interweaving antics come together to form a solid backbone for a downright charming story. Also, without spoiling anything, the love story is also one of the most satisfying – and hilarious – that I have ever witnessed in a video game. 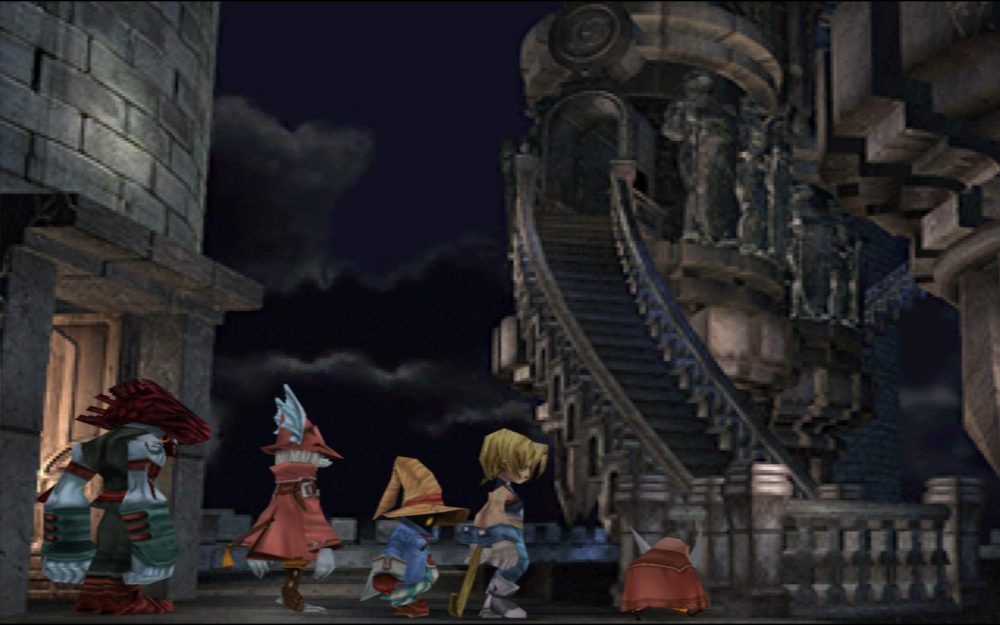 Despite its lighthearted nature, however, Final Fantasy IX still manages to touch some very serious notes. Each character has their own trials and tribulations, consistently forcing them to evaluate their actions and their own motivations. This leads to a strong balance between upbeat action and heart-wrenching emotional moments as the player presses onward. Developer Square even implemented a skit mechanic called Active Time Event, in which players witness scenes that take place away from the current party and even sometimes highlight characters long absent from the forefront. These are often fun, little interludes that show individual members of the cast casually doing something in a silly way that makes them appear even more endearing.

It’s impossible to talk about this game without expressing my sheer admiration for the soundtrack. By this point, composer Nobuo Uematsu had composed each and every Final Fantasy game that preceded IX. From the main theme and the upbeat battle theme to more emotionally stirring songs as You’re Not Alone!, Uematsu’s composing is at its absolute best in Final Fantasy IX. Completing the whole experience are beautifully crafted environments and gorgeous pre-rendered cutscenes that, in my opinion, still hold up even to this day. Top these off with the classic turn-based Active Time Battle that classic Final Fantasy games are known and adored for, and you have yourself a video game with a whole lot to offer. Of course, I also have to give an honourable mention to card battling in Tetra Master, which is easily one of the best mini-games in the series to date.

Fifteen or so years later, role-playing games are my genre of choice, and I have Final Fantasy IX to thank for that – not only for driving me to pursue the genre, but for showing me that video game narratives and characters can emotionally resonate with me in a way that I didn’t yet understand. It also pushed me to seek out video games that extend beyond flashy gameplay to offer me a captivating story with themes that pose genuinely thought-provoking questions. When it comes down to it, Final Fantasy IX is all about heart, and it has heart in spades. It’s a tale of friendship, purpose, sacrifice, and self-realization, and it remains my favourite video game even now. Each and every time I return to Gaia to visit Zidane and friends, I know that I’m signing up for an adventure full of laughs, heartbreak, and a whole lot of fun.