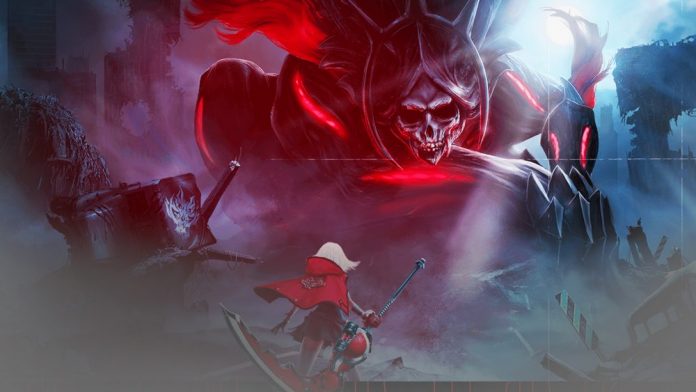 Sequel to the acclaimed PSP original, God Eater 2 was released for PSP and PS Vita in 2013 in Japan.

Western fans of the original, however, have had to wait just under three years for the chance to finally get their hands on a localised copy in the form of the revised and expanded God Eater 2: Rage Burst. Luckily it’s just about worth the wait: God Eater 2: Rage Burst is everything that God Eater 2 was and more, and you can now also enjoy it on the big screen too, via PS4 or PC.

For those unaware of the series, God Eater 2: Rage Burst is a mission based action-RPG set in 2074 – three years after the events of the first game. Don’t worry though; even if you’ve never played the original you can jump right into this sequel without feeling out of your depth. Sure, there’ll be the odd nod to the events of the first game which will leave you cold but it won’t detract too much from the experience. Anyhow, if you live in Europe, purchasing God Eater 2: Rage Burst also gives you access to a remastered version of the original title, dubbed God Eater: Resurrection, which is great if you want to get up to speed.

In any case, God Eater 2: Rage Burst sees you entering its world as the newest recruit of Fenrir, an organisation created to combat mysterious monsters called Aragami. Known as God Eaters, those who have the ability to exterminate Aragami must make use of their unique weapons called God Arcs to protect what is left of humanity – weapons that contain the organic cells of the very enemies they are used to kill. It’s a fairly clichéd set-up but it’s enough to get you engaged with the world, and, whilst the story isn’t going to wow you, it is at least full of quirky, interesting characters.

Born as a game created for portable formats, the gameplay follows the now seemingly standard action-RPG cycle. You obtain missions, progress the story and outfit your character at the hub, head out into battle to complete your task, and then return back to the hub to begin the cycle anew. Missions are generally short and to the point, supporting the pick-up-and-play mentality of the portable market, but the gameplay is solid enough that the format still translates to the PS4 rather well. It has to be said though that the stop and start nature of the missions make it the type of game that’s best played in small bursts rather than extended periods of time lest repetitiveness creeps in. That is of course unless you’re playing with friends online. 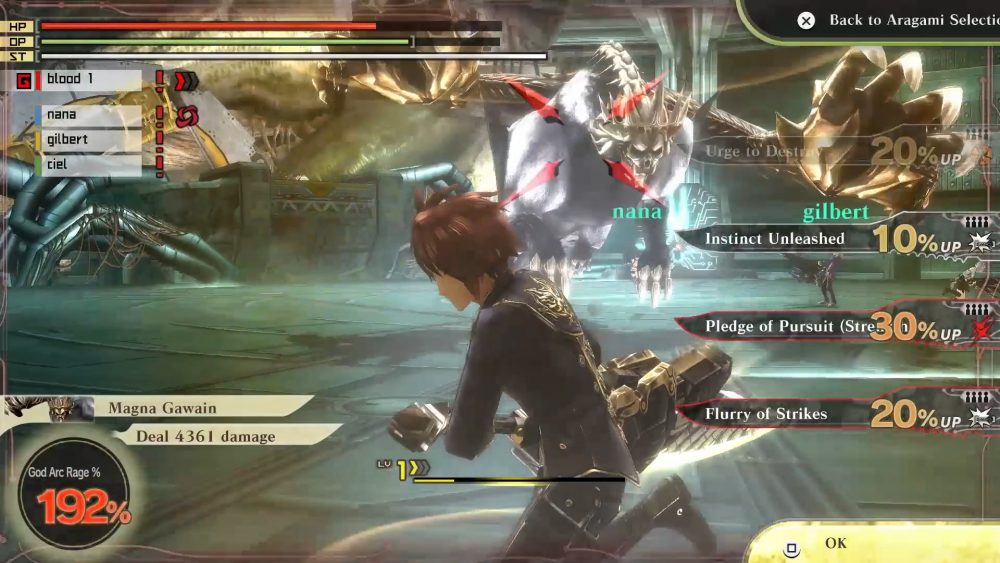 Repetitiveness is undoubtedly God Eater 2: Rage Burst’s biggest issue. The mission structure is repetitive, the basic combat system is repetitive, and even your actions within the hub are repetitive. As I said, it tends to become an issue fairly quickly when playing alone, but when played online the problem is alleviated a great deal. With up to three real people fighting by your side instead of relying on computer controlled AI, the action is more hectic, more tactical and more absorbing. You’ll go through mission after mission without so much as a second thought. You can switch between single player and online multiplayer without losing any progress too, although you need to go back to the title screen to do so. I should warn you though, that the online population seems rather sparse, so unless you have a group of like-minded friends that are also interested in buying the game your online interactions may be rather limited.

Whether you play by yourself or with a group of friends, there’s plenty of content to keep you hammering away at the buttons. There’s over a hundred missions spread across varying difficulties, an array of both melee and ranged combat options, equipment to both craft and purchase, and a wide variety of skills and abilities for you to unlock and equip to personalise and develop your character. Suffice to say, it makes for an addictive gameplay loop for those who like to tweak their characters to get the best out of them. Sure it’s quite derivative – there’s not much here that other titles released in the west beforehand such as Soul Sacrifice or Toukiden don’t do – but it’s offerings are solid nonetheless.

Playing on PS4 for this review, it’s appreciated that the load times are fairly short and that the frame rate is silky smooth, but unfortunately the graphics are pretty lacklustre. Showing little in terms of improvement over the PS Vita’s visual efforts, the environments in which missions take place are empty expanses with poor textures and a severe lack of life. Meanwhile, the character models’ anime stylings give them a degree of likability but they are poorly animated and very basic. Thankfully the stellar enemy design makes up for it to some degree.

Aside from the game structure’s latent repetitiveness and unimpressive visuals that hardly make use of the PS4’s grunt, God Eater 2: Rage Burst is a fairly enjoyable romp. It has some other issues that can grate at times, such as an unwieldy camera and controls that can seem convoluted, but on the whole it offers absorbing action-RPG gameplay with a great deal of content. That being said however, whilst fans of the original are sure to lap this up, those new to the genre may find Toukiden: Kiwami a more polished alternative on the PS4.