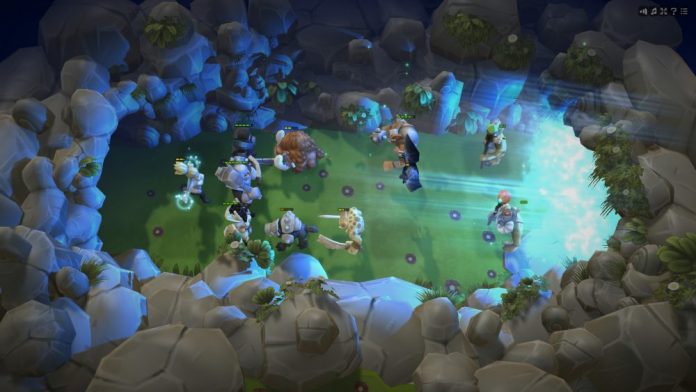 First impressions don’t count for everything, but it should be noted that the first moments of Guards made me think “Oh god no”.

Guards is a simplistic tower defense type game, reminiscent of a pared down Plants vs. Zombies, played on a 3 x 7 rectangular grid where you utilise a squad of 4 heroes to survive long enough to kill the required amount of approaching baddies. Thankfully, Guards isn’t quite the trainwreck of a title I was expecting, but it still leaves a lot to be desired.

Anyone who has even observed a game in the last 10 years will be underwhelmed by what Guards first presents to the player. The models are hideous even by today’s mobile game standards. There are eight familiar classes of defending heroes to utilise and they all look like they’ve been assembled with blocks of pastel clay. At the most basic level, you can indeed distinguish which character is which, but this level of 3D modelling is pretty unpalatable in this time and age.

The animation reminds me of Minecraft with their simple, jerky, motions and everything from icons to the maps look tired or borrowed. The sound design is also atrocious: between the recycled music and bargain bin sound effects, there really is no reason not to boot up Spotify and listen to that instead. Given that the Steam Store is lousy with tower defense games, it baffles me why the developers would discourage potential buyers and exhaust those who actually bought the game with such elementary presentation.

So ultimately it falls to the gameplay to give Guards a reason to exist and to that effect, I was pleasantly surprised. Despite the low bar that the game sets with its aesthetics, I can firmly say this game does indeed warrant existence with its strategic elements. The premise is deadly simple: you have three pieces in front who attack/take hits and one in the back. You get one move per turn, and if one unit moves to the fore, it uses its special move. Enemies also have abilities and have different attributes to deal with accordingly. While unimpressive on paper, the system actually has some depth to it and the game makes you properly think about what needs doing. It’s by no means the most in-depth or complex strategy title you’ll be able to scrounge up, but I was pleasantly surprised by the level of challenge the game manages. 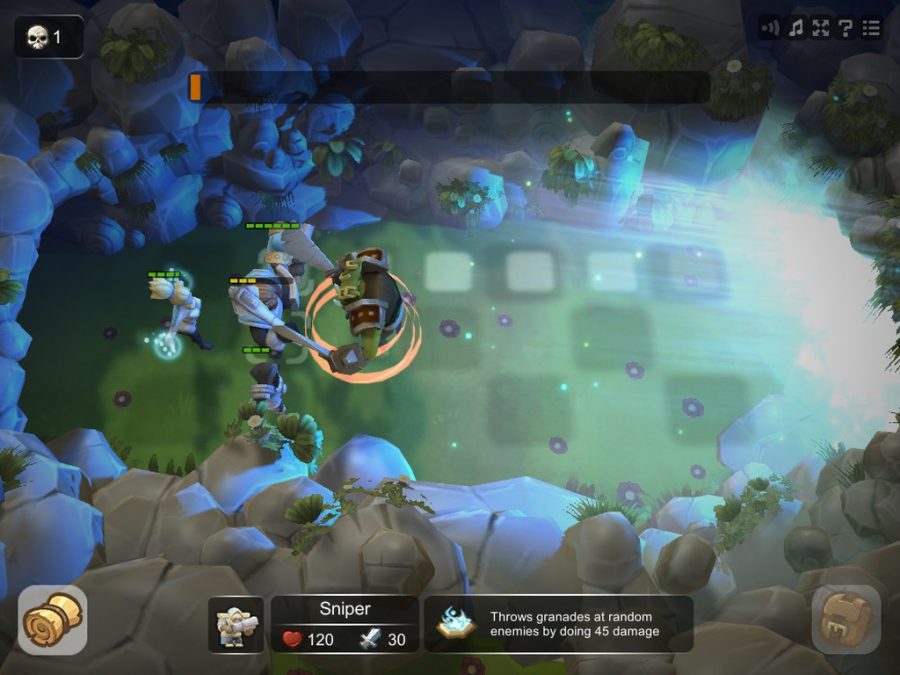 The goal is to progress through all the story levels but the levels are structured so that you’ll need multiple run throughs to get the job done. While the end of each stage provides temporary upgrades and money, every completed run earns you currency to upgrade units and buy items to make deeper and deeper runs. As mentioned, the difficulty curve is respectable and each “zone” provides enough variety to keep the player on their toes.

Guards also tries to keep things fresh by utilising random rolls on both your hero’s positions and enemy spawns and locations as well as upgrades available at the end of each level. It’s a system that is well implemented and I never felt the game was doing anything unfair, but the starting positions can matter a lot so it’s a bit frustrating when a good run is cut short because of something out of your control.

Despite these positives, Guards isn’t going to be a go-to game for anybody. It’s not the most engrossing or thoughtful game ever designed and ultimately, it’s a bit too simple, too familiar and too hideous to be considered fully decent. Not to say the game doesn’t justify it being available for purchase, but I’d like to see a bit more for the asking price. More levels, more heroes, more production value, more mechanics; it just needs a little extra something to elevate it to respectable territory.

PC just isn’t the right platform for a title like Guards. If one were to condense this down to mobile and reduce the price drastically, I would whole-heartedly say that Guards is acceptable. It’s not the worst title by any means, but unfortunately, given the issues and veritable glut of more creative and attractive titles available, it’s really tough to give my blessings to all but the most devoted tower defender.

Guards is available on PC.