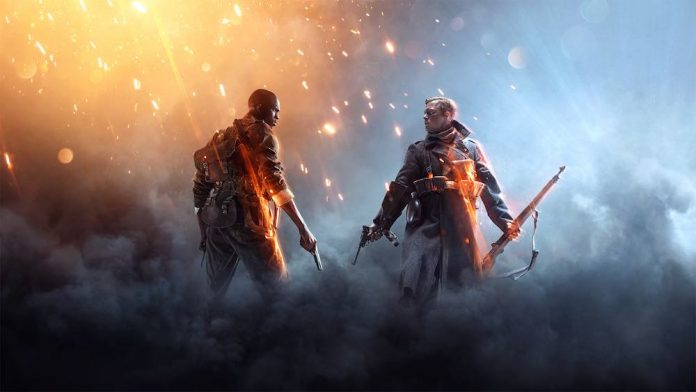 We are finally less than a month away from the highly anticipated release of DICE’s Battlefield 1. There has been a mountain of multiplayer footage showcased at all the leading gaming events; we’ve had the Open Beta and most recently, all the maps and modes for launch confirmed. But one thing has been neglected, until now – a single player trailer.

DICE’s Battlefield franchise has been consistently praised for its incredible multiplayer experience, but has never really managed to hit the same levels with its single-player campaigns. They have been average at best, but never on par with Call of Duty‘s more cinematic and engaging story-telling. Battlefield 1 looks set to change that.

Here is an official statement posted on the Battlefield website, following the trailer’s release:

“In Battlefield 1, you’ll experience a series of what we call War Stories: personal stories focusing on different protagonists with unique backgrounds and skills. While our characters are at war, the stories in Battlefield 1 are personal. They’re about people rather than history or battles.”

For the full statement from the Battlefield team, click here.

Previous Battlefield entries have largely favoured the single character approach with the camera rarely cutting away from their perspective. While the complete first-person experience can be a thrilling joyride through warfare, it restricts the way a story can be told. In Battlefield 1, they are looking to hit the middle point between first-person action and classic cinematic story-telling, to not only get the payoff of big, blockbuster moments, but always the emotional engagement of the characters.

One said character has been confirmed as Danny Edwards, who is assigned to the unit as the tank’s driver. He’s not a brilliant marksman or a talented pilot. He’s reported to be a former chauffeur – a volunteer new to the war. And while he needs to adapt to this new, far more dangerous world, he is also struggling to earn the trust of his fellow squadmates. DICE are clearly pushing the social dynamic of its story and characters, something that could make Battlefield 1 their best game yet.

How these stories will mix with the gameplay is yet unclear. That judgement will have to wait until the game’s actual release. All we can tell so far, is that Battlefield 1’s single-player trailer is a treat. It’s got a perfect blend of action and heart, with a beautifully scripted narration and a tribute to the reality of the First World War.

The wait is almost over, but this next month cannot go by fast enough.

Battlefield 1 comes out October 21st and is available on PS4, Xbox One and PC.