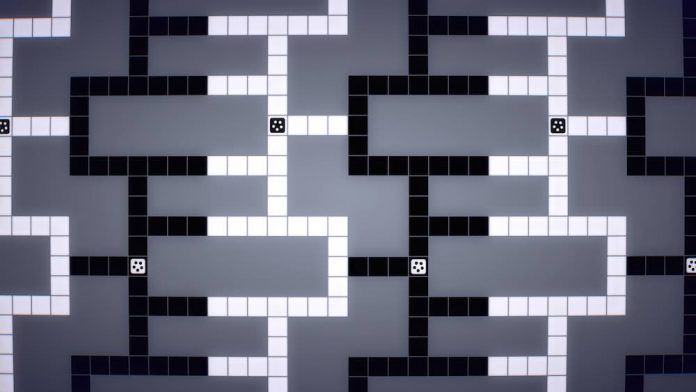 Inversus isn’t a game that tries to overload the player with bright colors, intense sounds, or deep intricacy. The game gives you the basics, but success requires strategic planning and execution by the player. Without bursting at the seams with content, Inversus offers plenty of reasons to come back if you find its appeal.

Hypersect (the studio behind the game) and Inversus are the brain-child of developer Ryan Juckett. Juckett has quite a track record in his pocket, including work on Destiny, The Saboteur, and the amazing Gun. His talents are not lost on his latest work. Inversus is a ‘shmup’ game in which you reaction time, planning, and foresight are key to victory. At first it seems simple, but the deeper you get the more you realise how hard you have to think. Whether you’re alone, with a friend, or online, tensions will rise and it won’t take long until you’re having a blast. At first, I struggled to find the magic of the game people had talked about but that quickly changed.

Inversus offers two modes: Arcade and Versus. Arcade mode can played solo or cooperatively. There’s a handful of maps that range from simple to mind-bending. In some later maps, solo players will control two squares at the same time. The goal of Arcade mode, whether cooperative or solo, is simple: survive for as long as possible. You’ll be sent endless waves of enemies that can act differently. Some manoeuvre around (very intelligently), some have shields, and some shoot back. Each map will give you a small space to start in and you must shoot your way around the map, making alleyways for yourself. One thing I quickly learned is going right for the enemy will lead to disastrous results. Making numerous pathways for escape and movement is far more beneficial. Inversus does a brilliant job of allowing for limitless executions of situations, crafting a game with more brains than brawn. 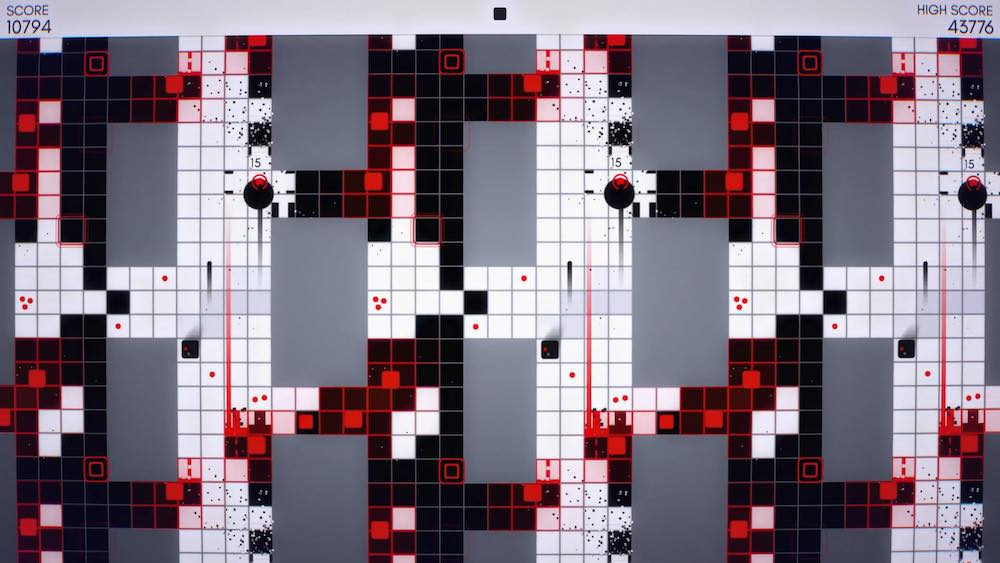 Versus mode is where Inversus really comes to life. It’s a wonderful madhouse. The speed, the pace, the energy; that all changes when it’s human v. human and no AI. There are 1v1 and 2v2 modes, and apparently 4v4 in the works. No place on the map is safe when your friend, or online counterpart, is blocking your every exit. The ability to block incoming fire or send it back really amps up some situations as well. At times, there’s beauty in chaos, when each person is countering the other with graceful fluidity. What was a mind-boggling shoot-out suddenly turns into a ballet on the battlefield. The one downside I encountered was that, on PS4 at least, the online mode was a desolate wasteland. I was only able to play three competitive matches over four days. But the local versus mode is almost better, giving your friend that cocky smirk after wasting them is nice.

For a solo player, Inversus has limits. Although there is a global leaderboard, the arcade mode can get a bit stale after a while. And while the online versus is a blast, it hurts waiting for no one to show up. But with that said, that isn’t the game’s fault. There’s a feeling you get when playing that you wish there was more…flare. Modifiers, traps, random elements to increase the tension. Is the game less without those things? No. Maybe the future will bring some beefy updates that will bolster it a bit more. Inversus is a shining example of simplistic excellence, a beacon of indie hope amongst the AAA disappointment. It shows what a person can do with the freedom to create and no walls in the way. Inversus doesn’t hide anything because there isn’t anything it promised that it didn’t give. Well executed on all fronts.

With all that said, Inversus really comes to life if you just let yourself enjoy it. It’s hard sometimes in the world of gaming today, with AAA titles and developers giving you empty promises and 100+ hour campaigns to see the beauty in the simple things. Everyone cries out for “MORE CONTENT!” only to complain it wasn’t the content we wanted. Inversus packs a lot to love into a little package and it just works. The gameplay is smooth, the mechanics are solid and deep, and the soundtrack is perfectly tuned to the game. I admit that I didn’t catch the bug for Inversus when I first played, but I have it now and I like it.

Inversus is available on PS4 and PC. We reviewed the PS4 version.