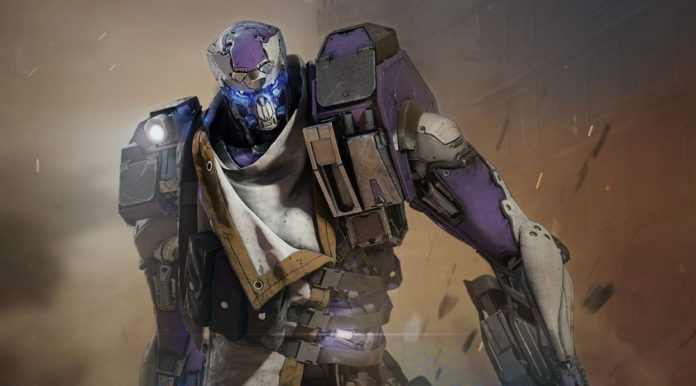 Let’s just say this from the off: I absolutely adore top-down shooters.

From early titles such as Commando and Ikari Warriors through to titles like Alien Breed and Loaded right up to the present day with the very recent (and absolutely excellent) Neon Chrome, I can’t get enough. The latter title had definitely whet my appetite for another one so I was extremely excited about Livelock, the latest entry into the genre by Perfect World Entertainment. Let’s hope it lives up to my expectations, eh?

Starting the game you are simply bombarded by options, selections and modifications. It’s very much a case of pressing some buttons and hoping for the best. It’s a little bemusing and off-putting the first time you play the game, but thankfully it doesn’t at all reflect the experience you’ll have one you’re actually playing the game. While I applaud the developers for the range of options and customisations, a “quick start” option might have been nice for the beginner!

Once the initial screens are out of the way, you get to select a character from one of three classes – this is pretty standard stuff with your slow but powerful warrior, quick but weak scientist and the one most people go for, the all-rounder. Skip a few more screens that let you configure the warrior (this is useless until you know what’s on offer and have some items to select from) and then it’s into the story. This can be skipped but is worth watching the first time you play as the developers clearly put a lot of effort and thought into creating this narrative and, for once, it’s actually pretty interesting. In a nutshell, humanity has been wiped out and it’s your job to recover last remnants of what was and restore it. 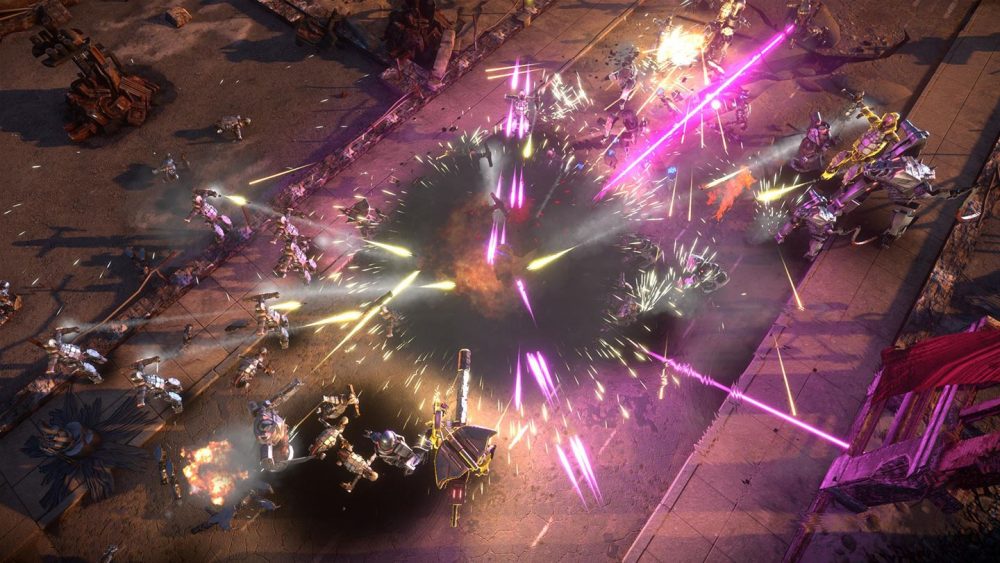 Livelock can be played in several ways: on your own, or with up to two friends in either couch co-op or online. But unlike some other games of this type, the single player campaign holds up just as well as the various multi-player modes. One of the keys to this is that Perfect World have pitched the difficulty level in Livelock just right. They also give you the ability to alter it if you do want more (or less) of a challenge. Enemies come at you in hordes, and while this can seem overwhelming at times, the huge maps always provide escape routes and areas where you can hide to recoup. Your battle robot can sustain a large amount of damage before it becomes weak and then eventually dies, and energy can be replenished by either not getting hit for a short amount of time or collecting health icons left behind by enemies. If you actually die you can continue right where you left off, which I was incredibly thankful for! Your foes also drop carbon, which acts a resource to upgrade and replenish your weapons. This carbon can also be found buried in the ground or inside boxes and nearly all the scenery around you can be destroyed to find upgrades and power-ups. This is great fun as you throw cars across the screen and bring down buildings reducing them to rubble. You have some power-ups that can be added to your inventory for later use such as cannons and energy upgrades while there are others that work immediately, such as making you invincible for a short time.

The foes you face in Livelock vary greatly from one-hit kill droids up to huge bosses with shields, mega weapons and multiple energy bars. You are also required to destroy specified targets on some levels, and although you have to find these yourself, you are always guided in the general direction. And whilst enemies increase in ferocity, so do you own weapons. Collecting the carbon not only upgrades the standard laser that you start with, but adds all kind of new weapons. These all have unique characteristics that make them suitable for different tasks; some are slow to fire but very powerful, others are very fast to fire but short range, or home in on specific targets. Once these are unlocked they can be configured from the menu screens enabling you to pretty much build your own war machine. You can even return to the lobby between levels if you want to customise as you go, which is a very nice touch. If you can’t be bothered with the full-on story mode and the extra things it brings to the table you can just launch into a more straight forward arcade style survival mode designed especially for those who like to chase high scores. 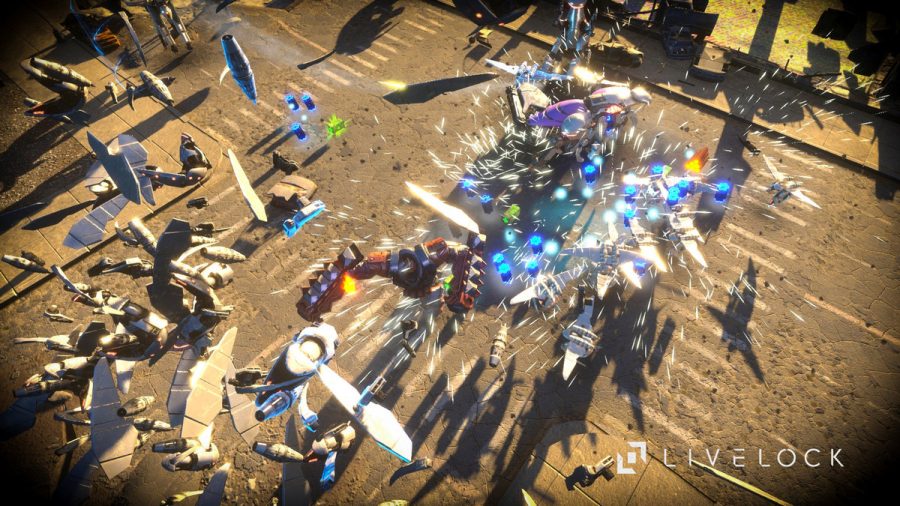 The sheer amount of different things offered up by Livelock are actually quite hard to successfully explain in a review; the more I type, the more I feel like I’m leaving something out. But this isn’t a game that only impresses on the content front; it pulls out all the stops in other areas too. The dark, foreboding, post-apocalyptic worlds are beautifully drawn with some amazing attention to detail. The audio just fits perfectly and is all designed to help you get into the action. The controls couldn’t be better either; you can use twin sticks to move and shoot or just move in the direction as you blast, old school style. The button arrangements are also perfect, meaning that it’s never hard to do what you need to do at the right times and are not so over complicated that you can’t remember what things do. They even give on-screen reminders at key moments to prompt you, very helpful indeed.

Livelock is a seriously good game. The initial bombardment of options are a little off-putting at first but if you’re able to look past them and get to the meat of the game, you’re set to be pleasantly surprised. Like any game of its type, it may become a little bit repetitive for those who don’t have such an itchy trigger finger, but if you’re even mildly fond of top-down shooters, Livelock is one of the best download titles out there right now.

Livelock is available on PC, PS4 and Xbox One. We reviewed the Xbox One version.