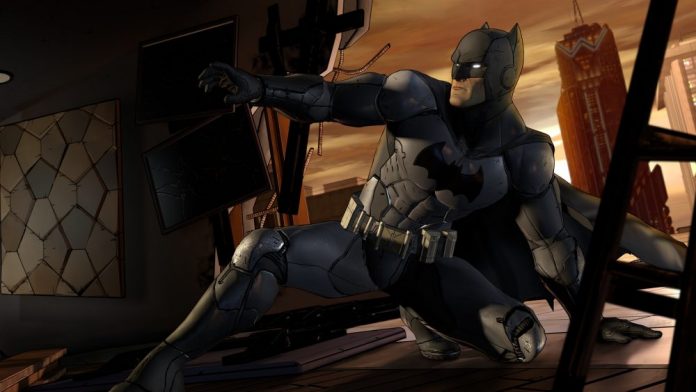 Telltale announced Batman: The Telltale Series‘ second episode release date a few days ago so no doubt we knew that some screenshots or a trailer would soon be coming and Telltale delivered. Another piece of news regarding the game is that it is officially out in the US in retail stores as of yesterday, 13 September, and will be available in the UK on Friday, 16 September.

Batman: The Telltale Series is available in select stores today in the US for $29.99 and its equivalent. This disc version of the game includes episode one of the series as well as access to the four episodes to come out later this year. The game is available on Xbox 360, PlayStation 3, Xbox One, and PlayStation 4.

Releasing next Tuesday, 20th September is Batman: The Telltale Series Episode 2: Children of Arkham. CEO and Co-founder of Telltale said this about Batman Episode One’s reception: “Since premiering Batman- The Telltale Series last month, we’ve been thrilled by the reception from both Batman fans new to Telltale, and those already familiar with our model for interactive storytelling.”

The series marks the first ever local multiplayer options for a Telltale game with the all-new Crowd Play feature. Crowd Play gives game owners the option of inviting a group of players to vote on story decisions and give feedback from their mobile devices using any web browser connected online when following along with the lead player on a main screen. The feature allows 2-24 or more players to enjoy episodes together, and is also expected to accommodate much larger crowds and audiences of over 1,000 at special upcoming live events in theaters organized by Telltale. Visit Telltale’s official site for more information on the feature.

Here’s hoping Children of Arkham stays true to the Batman world that Telltale built in the first episode that the game continues to impress.