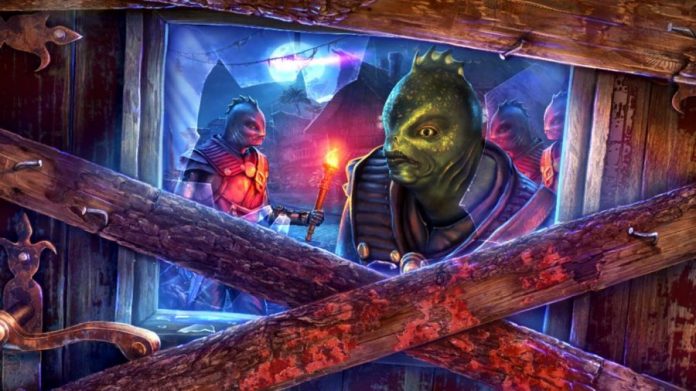 Good old Artifex Mundi. Like that trusty old fleece sweater you always pull out of your closet when the house is a bit chilly, there’s something rather dependable about an Artifex Mundi game.

You know exactly what you’re going to get, and as long as you keep that in mind, it’s hard to be disappointed. Their latest addition to the Xbox One store, Nightmares from the Deep 2: The Siren’s Call, is no different.

Originally released in 2013 on PC and mobile, Nightmares from the Deep 2 has been spruced up and ported over to Xbox One. That seems to be how Artifex Mundi work; this is the fifth title from the company’s back catalogue to be ported to console in less than a year. Considering there’s over 40 titles in their game list, we can assume that Xbox One owners have plenty more to look forward to yet – if hidden object puzzle games are your thing, that is.

Actually, it’s rather unfair to continue tarring Artifex Mundi titles with this label of “hidden object game”. Perhaps that is the most accurate description for them, but hidden object games are a dime-a-dozen on iOS/Android, and are often very low quality. If we are going to label Artifex Mundi games with that “hidden object” tag, then it’s safe to say they’re the cherry on top; the very best example of the genre.

But really, Nightmares from the Deep 2 – and indeed several of Artifex Mundi’s recent console releases – aren’t hidden object games at all; at least, they don’t have to be. We’re all familiar with the static image of a pile of junk and a list of objects we have to click around to find, like a boring game of Where’s Wally? – if Wally was to be replaced by a conch shell or an umbrella. Nightmares from the Deep 2: The Siren’s Call does contain a smattering of them, but cleverly, you’re given the option to skip the hidden object puzzle and instead complete a game of Mahjong. Perhaps Mahjong (the Japanese pair-matching tile game) still doesn’t sound particularly exciting to you, but it’s a nice touch to be given the option of what to complete. 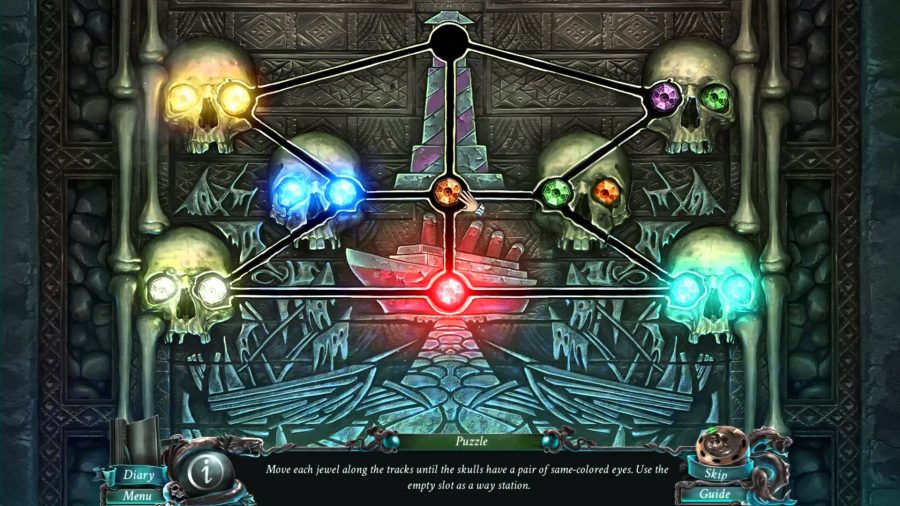 Much more than being just a hidden object puzzle game (or, indeed, a Mahjong game), Nightmares from the Deep 2‘s emphasis is on story and other puzzle types. Just like all of Artifex Mundi’s Xbox One releases so far, narrative plays a large part of the experience, with a well-paced story leading us through from puzzle to puzzle. Based on the legend of Davy Jones, the story follows directly on from the first Nightmares from the Deep release, with our female protagonist once again getting entangled in some terrible mystery from beyond the depths of the great blue. It’s not the most engaging story, but it’s serviceable. It’s there if you want to engage in it, and if you’d rather just solve some puzzles then go home, you can quickly skip through any cutscenes and dialogue.

Originally coming from Android/iOS, naturally the graphics of Nightmares from the Deep 2 leave something to the imagination. Being largely static, backgrounds and locations are detailed and nicely drawn, but cutscenes and the few character animations that smatter the game are largely rudimentary. The voiceover work leaves a lot to be desired too; awful acting and even worse recording quality gives you enough reason by itself to skip through any narrative segments of the game.

However, it’s certainly not all bad. Nightmares from the Deep 2: The Siren’s Call is a casual puzzle lover’s dream. If you’re looking for a casual stroll through a series of various puzzles, then you can’t go far wrong with this. A colourful, digital puzzle book if you like, Nightmares from the Deep 2 stuffs in puzzle after puzzle, with plenty of variety and type on offer. There’s nothing here that’s really going to get the cogs in your head turning however; everything is fairly simple and you’re unlikely to get stumped on anything longer than a few minutes. If you really like your mind to be pushed to its limits, you certainly won’t find anything worthy of your challenge here – or in any other Artifex Mundi title, for that matter. If, however, you’re happy for a laid-back stroll just to keep your mind ticking over, then you won’t be disappointed. The breadth of puzzles on offer in Nightmares from the Deep 2 are quite possibly the best and most varied in any Xbox One Artifex Mundi release so far.

Artifex Mundi titles have a particular audience. Their laid-back, still nature isn’t going to appeal to everyone, but there’s no denying they have a certain charm. Nightmares from the Deep 2: The Siren’s Call is going to be a welcome addition to your collection if you’ve previously enjoyed any of Artifex Mundi’s title, and is a welcome expansion to the story of the first Nightmares from the Deep title. You’ll be disappointed if you go in expecting bells and whistles, but if you’re looking for an enjoyable and casual puzzle-driven adventure, then I’d heartily recommend you give this one a look.

Nightmares from the Deep 2: The Siren’s Call is available on Xbox One, PC and mobile. We reviewed the Xbox One version.