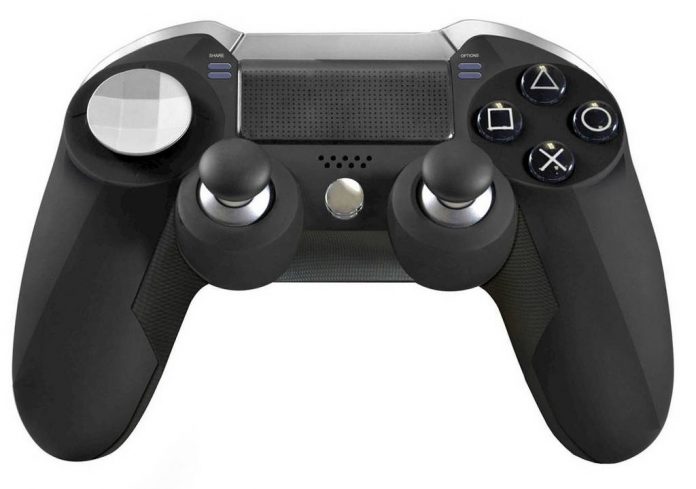 There have been a lot of stories flying around the interweb today that Sony are releasing their own PS4 Elite Controller, thanks to a random product listing at American superstore Target. So, is it true? Are Sony finally competing with Microsoft’s Elite Controller?

The answer is a resounding no.

Whether or not the product listing on Target is legitimate – and we’ve no reason to believe it isn’t – it’s clear to see straight away that this is not a first party product.

For one, Sony certainly aren’t brash enough to release a controller that’s clearly a carbon copy of Microsoft’s Elite controller. Look at the D-pad and the paddles on the back. Second, I’m fairly sure they’d have more sense than to use the branding “Elite”.

The biggest giveaway is the lack of any kind of Sony branding. The controller itself lacks the signature colourings of the button icons; there’s no trademark “PS” logo on the centre button, and the box has absolutely no branding whatsoever.

Another clue is that the back of the box actually states that the controller can be used with Xbox Elite Controller accessories.

So yes, it looks like PlayStation is getting an “Elite” controller, but it’s certainly not first party, and it’s likely not affiliated with Sony in any way. And whether or not it is actually “elite” in any shape or form remains to be seen. Move along folks, there’s no news to report here; just another third party controller.