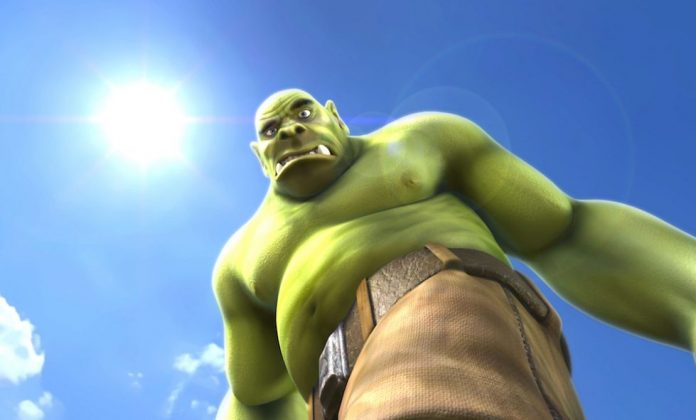 One Troll Army is hybrid mix between a tower defence game and a horde survival game. A genuinely fun game from an eccentric publisher.

First and foremost, One Troll Army is a free game. The playful devs at tinyBuild decided to give Twitch a chance to beat them at their own game and if successful they would release the game for free. They lost resoundingly but they kept to their word! Well done tinyBuild for being amazing sports.

For a game that has been released for nothing I cannot help but recommend that you go straight to steam and give One Troll Army a look. It is a small download and so you are quickly into the action. The game starts with a fairly generic title screen, especially for a game made with Unity, but as soon as you select play on the only unlocked game mode you realise that One Troll Army is sporting more than meets the eye.

It has to be said that the graphics aren’t brilliant – but this is an indie title and not the next Uncharted. For the most part the art style is fun with a strong sense of ancient fantasy lore. It could be slightly better, but the focus on the one big player, your troll, makes perfect sense. Your troll looks very generic but much more detailed with custom pieces of armour and other bits and bobs that can be added as you play. The music and audio effects again aren’t remarkable in any way but do their job of making you focus totally on the gameplay. 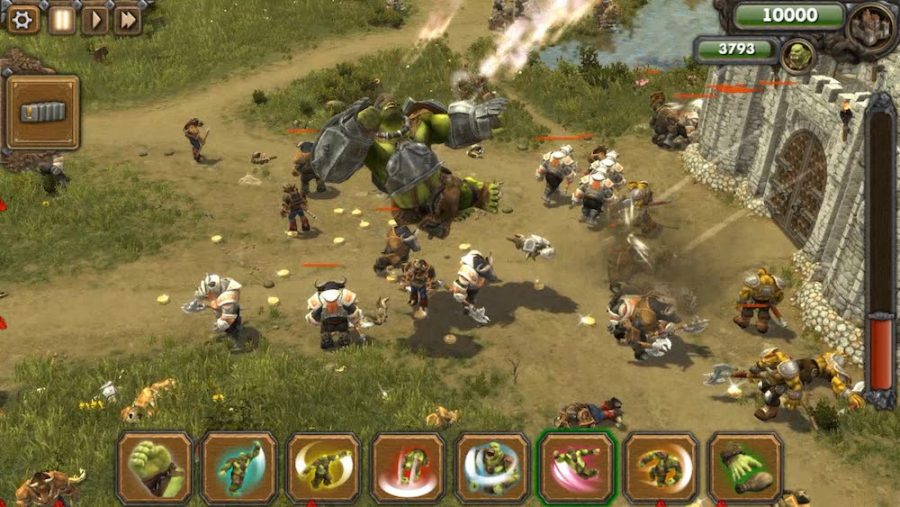 After a short and a bit disjointed cut scene you are introduced to the game and guided through the core concepts of how to play. You control a troll that acts very troll-like (you have to punch a lot) and your main task is to defeat waves of enemies that are coming for your new goblin friend’s town. It’s an interesting mix between butt-kicking horde fighting and resource-managing tower defence that challenges you to find the right mixture between the two.

The town that you are defending has an upgradeable workforce that can collect different resources that are needed to keep upgrading the town and your troll. I did find myself constantly readjusting how many goblins I had mining and building and gathering every few seconds. This resource management is complimented by the store where you can trade resources. You also have four towers to build and upgrade with different units in order to defend against the horde of monsters.

This may sound a bit like a dressed up flash game to you, and I would agree if it wasn’t for the extra mechanic of having your troll have to take part in the fight as well. Along with upgrading your town and defences, in One Troll Army it’s also important to upgrade your troll. It’s easy to forget, and that mistake is soon made to hurt; as soon as your troll is knocked out, your towers will not be enough to hold back the rampaging hordes. One Troll Army manages to strike a good balance of making both building up the city and your troll extremely important; a weird and unassuming symbiotic relationship that is very fun to explore and makes the whole process of tower-defending much more enjoyable.

Whilst gameplay is largely great fun, there are a few things about One Troll Army that feel a little unpolished. The way the game modes are unlocked is somewhat irksome: you must play through three different towns that feel more like extended tutorials before you can play the endless or survival modes.  In these levels there is no real penalty for losing against the horde, so there’s no reason to fret over the small decisions that make the game interesting. There aren’t even any penalties in endless mode. It seems that the survival mode is the only round that plays like the full game with the challenge you need. 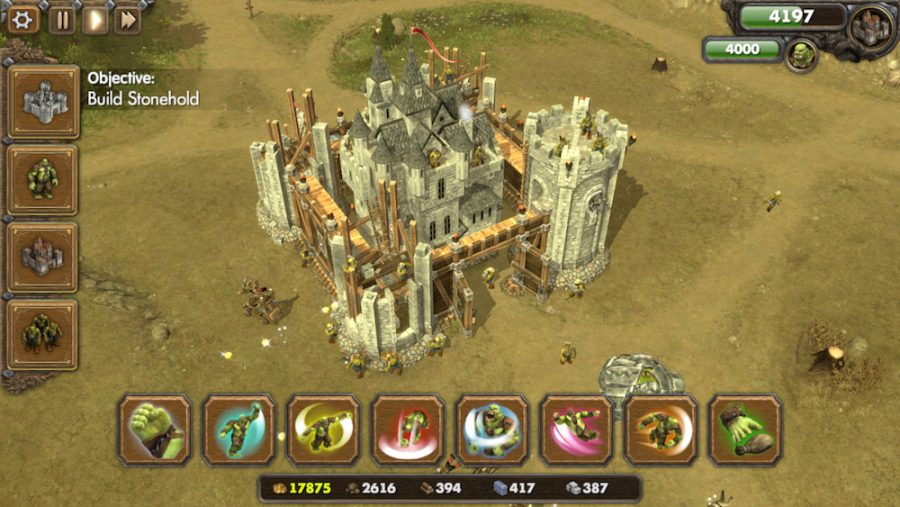 There is a few ways you can easily exploit some of the resource management by using the town’s store and buying and selling making it fairly easy to power up. The fighting is a teeny bit clunky as well but somehow suits the game style. The camera also is oddly placed and a pain to move.

Overall though, despite the few problems this game faces, it is wholly enjoyable. One Troll Army is a unique and fun experience that just needs a patch or two to make it truly shine. In its current state you won’t get endless hours out of One Troll Army but you will get quite a few and is definitely worth picking up. If not for its few interesting mechanics or the brilliant survival mode, One Troll Army is definitely worth giving a go for the simple pleasure of knowing that it did not cost you a penny.

One Troll Army is available on PC.